The value of fuel products dictates how car buyers behave. When fuel prices go up, more and more people will try to look for cars that offer the best fuel efficiency. We do know what happened back in 2018; the inflation, increase in taxes, most especially the fuel price surge. However, we also know that there are a number of cars in the market that offer good fuel economy – some of them, we got to review.

Looking back at 2018, here are 10 cars that have impressive fuel-efficiency. The cars were selected according to the fuel consumption reading we recorded at the average speed of 90 km/h on the highway. Do note that the list does not make up the entire local automotive industry and are rather based on the 72 cars we reviewed from January to December 2018. It’s also worth noting that the figures were recorded with a light load, as fuel economy readings vary depending on the number of passengers and luggage inside the vehicle.

Related: Pumped the wrong fuel? Keep your cool and follow these steps

For the first part of the list, we rounded up all gasoline-powered cars we tested and picked five of the best according to their fuel economy output. Starting from good, all the way to the best one, here are five of the most fuel-efficient gasoline cars we reviewed in 2018. Honda Jazz owners already know this, and for those who don’t, it’s one of the most thrifty-on-fuel subcompact hatchbacks we’ve got our hands on. With that said, we got 23 km/L driving the 1.5 CVT variant on the highway. That granted Honda’s subcompact hatchback the fifth spot. One of the most neat-looking nameplates in our opinion is the Mazda2 Hatchback, the Premium Java 1.5 trim even better. It also happened to be one of the thriftiest cars we got to drive last year. The car, along with its 1.5-liter SkyActiv engine boasted 23 km/L fuel economy reading, making it one of the best gasoline cars in our list of reviewed vehicles. The Subaru Impreza was one of the fearsome names in the World Rally Championships in the past. The pure rally breed isn’t as pure as its glory old days but the modern iteration, specifically the 2.0i-S CVT variant, sure impresses still. Even more so, it’s got a surprisingly good fuel economy reading. On the expressway, we clocked 23.8 km/L on the meter, and we have to say we’re astonished. 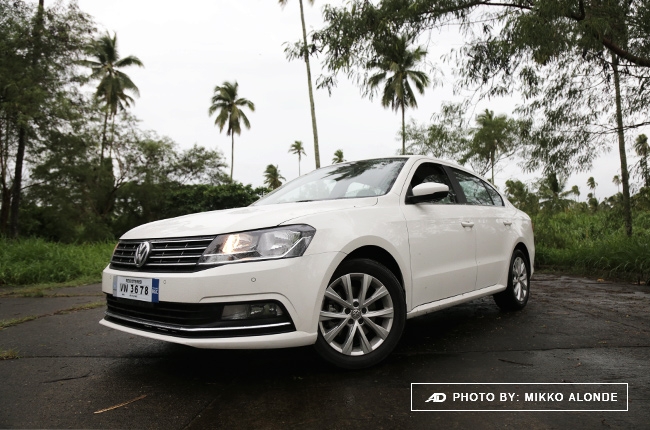 When it comes to being simple, classy, and neat, we got to say that the current Volkswagen Philippines lineup, including the Volkswagen Lavida, are among the ones on top. The seamless flow of headlights and grille is refreshing to the eyes, as most designs nowadays are either too elaborative or lacking. With its 25.6 km/L fuel economy reading, the China-born German compact sedan earned the second podium position. The mini subcompact hatchback from Kia may be small in dimensions but the striking appeal of the white and red paint combination lure eyes. Beyond its appearance is a more impressive feat; it’s one of the thriftiest on the list. Tying up with the Volkswagen Lavida, the 2018 Kia Picanto 1.2 GT-Line AT boasted 25.6 km/l on the meter. What brought it to the first spot is its price, which was at P798,000 when we tested it.

Of course, we also readied a list for those who prefer diesel-powered cars. Needless to say, diesel is cheaper than gasoline, which is why some people opt for this fuel type. If you want to know the best options for fuel-efficient diesel cars, then allow us to give you our top five. The Isuzu D-Max 1.9 RZ4E may carry the smallest power plant among all the midsize pickup truck in the local market, but that doesn’t mean it succumbs to its rivals when it comes to performance. The 1.9-liter RZ4E turbo diesel engine boasts 148 hp and 350 Nm of torque. Yet, more interestingly, the mill is efficient, too, as we got 20 km/L during a speedway run. Its boxy and playful exterior design might set some off. As deceiving as it looks, the Kia Soul surprises with its performance. It is astoundingly fast, with a 1.6-liter CRDi engine under its hood. Yet, at the same time, the subcompact crossover doesn’t chug too much fuel. Believe it or not, we were able to record 22.2 km/L on the highway. Don’t judge the book by its cover. We bet you didn’t expect a premium brand on this list. Well, seems like fuel efficiency is big deal for this small premium crossover from BMW. On the fourth spot is the X1, handsome with that signature ‘kidney grille.’ Under its hood is the 2.0 TwinPower turbo diesel engine that was able to clock in 23 km/L on the speedway. This list wouldn’t be complete without the CR-V. The 1.6 S Diesel, CR-V's mid-range variant, isn’t the cheapest, but probably a justifiable option if you want to own a CR-V, priced at P1,858,000. However, you should consider it a good purchase, as it consumes less compared to its rivals. On the highway, we were able to get a 24-km/L fuel consumption. The most fuel-efficient diesel car isn’t made from Japan, South Korea, or China. The French Peugeot 3008 GT Line Diesel AT may not be the car that a notable chunk of car buyers in the Philippines would initially consider but guess what, we find it far better than any cars we’ve driven in terms of fuel consumption. Responsible for the 150 hp and 370 Nm of torque is Peugeot’s 2.0-liter BlueHDi diesel engine, giving this French lion a 25.8 km/L reading. C'est bien.