The Ford Ranger is a stylish and muscular midsize pickup truck from Ford and part of the Truck Wars that have been waged in the Philippines. Characterized by its wide stance and beefy appeal, it’s one of the most sought-after pickup trucks in the country today, which makes it Ford Philippines’ current best-seller.

The Ranger is available in several variants with three engine options to choose from. First is the turbocharged 2.2L Duratorq TDCi diesel mill, which was a carryover from its pre-facelift model. The newest additions to the list of powertrain options are the 2.0L EcoBlue diesel engine in either single turbo or biturbo configuration, depending on the variant choice.

The current-generation Ford Ranger was launched on September 21, 2018 in the Philippines, refreshing the local lineup of Ford Ranger and adding the first-ever Ranger Raptor. The replacement Ranger came with a new fascia and a new set of powertrains to replace the 3.2-liter Duratorq in the Wildtrak variants. The current engine setup is either the 2.0L biturbo diesel with a 10-speed automatic transmission or the single turbo trim while retaining the 2.2L Duratorq option for the lower variants.

On January 23, 2020, the Ford Ranger lineup got a substantial update in terms of infotainment and safety features. The Ranger model lineup also got two snew variants added to its ranks in the form of the Ranger FX4 and an automatic version of the Ranger XLS 4x2. With these new additions, the Ranger lineup was extended to 14 variants giving it a wider reach for buyers who are looking into getting a pickup truck. The FX4 is the new star variant brought with it new decals, a new set of blacked-out wheels, and a bed bar to help it stand out from the rest of the lineup. It also serves as a new mid-tier variant for those who don't want a Ranger Wildtrack but want some of the key features it has.

Ford Philippines later launched the 4x4 variant of the Ranger FX4 to finally complete the FX4 trim-level. Similar in design to its 4x2 stablemate the Ranger FX4 4x4 comes with the same available colors, same available features, and same available safety features but comes with a 4x4 system to differentiate it. With the new mid-tier trim-level complete it will serve as an option for those who want a feature-packed Ford Ranger without the need to purchase the higher tier Wildtrak variant.

On February 16, 2021, Ford Philippines brings in the refreshed lineup of the Ranger pickup. With XLS, XLT, and Wiltdtrak trims carrying notable changes and upgrades such as the new grille, blacked-out rims, and a segment's first power-roll shutter that's exclusive on the Ranger Wildtrak. Fast-forward to March 10, 2021, and the Ranger lineup has been extended with the FX4 MAX that includes several off-road inclusions such as all-terrain tires, Fox shock absorbers, and a slew of other mechanical upgrades that allow it to be trail-ready and rugged.

The Ford Ranger body-on-frame truck rides on Ford’s T6 platform that is shared with the Everest midsize SUV. The four-door double cab version is the only available body configuration in the Philippines. It’s available in either rear-wheel drivetrain or with 4x4 configuration, depending on the variant.

The Ranger lineup, excluding the Ranger Raptor, has a double-wishbone with coil springs front and leaf spring rear suspension setup. The brakes are ventilated discs up front and drums at the back.

The Ranger’s driving performance depends on the engine and transmission combo per variant. The 2.2L carryover from its predecessor delivers power more abruptly, mainly because of its 6-speed automatic transmission. The 2.0L single-turbo Ranger, on the other hand, delivers the power in increments because of its 10-speed automatic tranny. The biturbo 2.0L sends power in a linear fashion, as well, but the onset of the turbocharged boost is earlier for a more satisfying pull.

Handling is what you would expect from a truck that sits on a ladder frame chassis – moments of body roll with some pitches and dives. But ultimately, the main advantage of the Ranger is its light steering feel.

The Ranger is one of the most tech-laden pickup trucks in the Philippines. Its Wildtrak variant is the only pickup truck in the country that has adaptive cruise control, lane-keeping aid, and active park assist.

All variants of the Ford Ranger now come with a SYNC 3 infotainment system that is easy to use and is easy on the eyes. It also now comes available with Android Auto and Apple CarPlay making it even easier to keep yourself connected with your phone even while driving. With the addition of these new features as standard the Ford Ranger has become more attractive to those who want an affordable and feature-packed pickup truck. Fast-forward to 2021, and the refreshed Ranger now comes available with a segment's first power-roll shutter that's exclusive on the Wildtrak.

FX4 variants are kitted out much like the middle-of-the-pack XLT trims. The lower-end FX4s are similar in their loadout to the XLTs, getting the 8-inch infotainment screen with Apple CarPlay and Android Auto, but foregoing the backup camera and adaptive cruise features as found in the Wildtrak trim levels.

Known for its beefy exterior and wide stance, the Ranger is a macho pickup truck which made it a favorite among pickup truck buyers. It also has a 232mm ground clearance that employs an authoritative driving feel and the capability to wade through waters 800mm deep.

However, apart from its inherent machismo, the Ranger’s top-level trims are equipped with HID headlamps with LED daytime running lights. This lighting setup makes the American pickup truck standout on the road even at night. For its 2021 model year, the Ford Ranger gets a new grille along with a range of black alloy rims.

The Ranger has the most attractive and most premium-looking interior among pickup trucks in the Philippines. The cabin space is abundant, as well, as it’s among the biggest in its class, while ride comfort remains among the smoothest examples out there. Even better, the Ranger’s NVH insulation has been greatly improved from before.

The Ranger, especially the top Wildtrak variants, gets the most number of safety equipment in its class. It has a full set of airbags: driver, front passenger, sides, and curtains. On top of that, it’s equipped with an electronic stability program with traction control, hill start assist, ABS with EBD, driver and front passenger seatbelt reminders, and ISOFIX child seat anchors. The top of the line Wildtrak 4x4 variant also now gets camera-based autonomous braking like its Ranger Raptor big brother.

What you’ll like about the Ford Ranger is its power delivery that’s consistent with its powertrain setup. The quality of materials used in the cabin is top-notch as well. For the range-toppers, the set of tech features offered with the Ranger is among the most generous in its class.

On the flipside, the Ranger can still improve in keeping the engine noise outside its cocoon. The digital instrument cluster might also annoy some since it can be a bit cluttered. 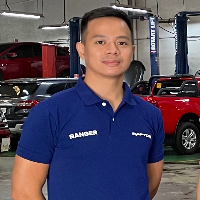 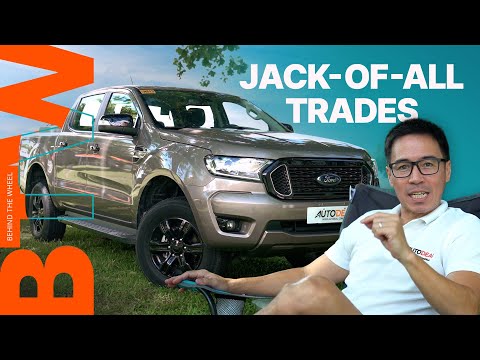