Today, open roads are flooded with motorcycles; perhaps it has become a compelling transportation alternative for most Filipinos today given the challenge and traffic of tight urban areas. Options have been continually expanding, and just recently Vespa Philippines expanded its lineup with the Vespa Notte special series which consists of the Sprint Notte and the GTS 300 Super Notte. These scooter additions would surely capture the hearts of those who pay close attention to detail and quality finishes.

Related: Editor Speaks: The Growth of the Leisure Bike Segment The so called Notte special series is available for the Vespa Sprint (150cc versions) and for Vespa GTS Super (300cc versions). Notably, the name of this particular series perfectly fits its aesthetic clothing. The Italian term “Notte” which directly translates to “Night” truly complements its blacked out details, mainly applied to its chassis, mirrors, the ornaments of the classic “tie” on the front shield, the handlebar ends, the passenger handle, and the retractable footpegs of the GTS Super Notte. 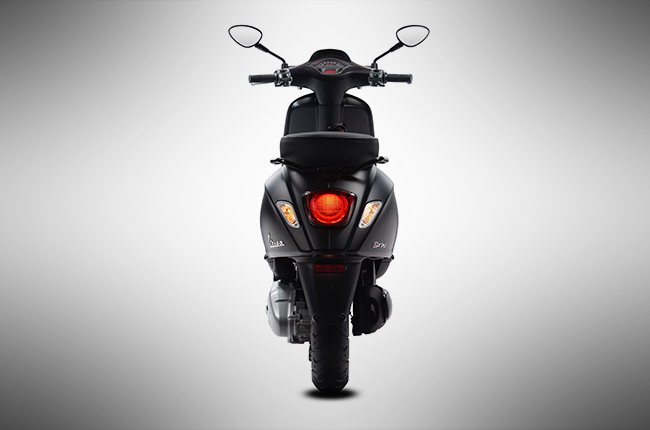 Other aesthetic appointments include a saddle dedicated to each model and a plate situated on the rear shield where its respective logo is placed. Its rims and muffler guards are also distinctively coated in gloss black.

The Vespa Sprint Notte packs capable performance with its i-get 150 cc engine. A remarkably environmentally friendly engine which produces a healthy 13.4 horsepower and 12.8 Nm of torque. These figures are then combined with the brand’s lightweight body which equates to brisk acceleration.

The Vespa GTS 300 Super Notte, on the other hand, is equipped with a modernly approached single cylinder, electronic injected engine which produces a punchier 21.2 hp and 22 Nm of torque.