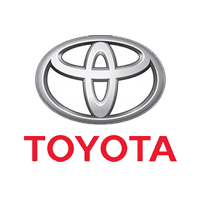 Take a look at the servicing offerings and promotions at Toyota, Marikina.

Give your car the service it deserves. An agent will contact you to finalize your appointment.

All you have to do to book an appointment is choose your preferred date and time, and receive confirmation from the servicing department.

What Do You Want To Do?

Toyota Marikina opened its doors to the public in August 1998 which serves as the satellite station of Toyota Cubao, Inc. The dealership then inaugurated a new facility under the Toyota Maila Bay Corporation (TMBC) in 2018, located along Sumulong Highway, corner Gil Fernando Avenue, Brgy. Sto. Nino in Marikina City; near the intersection, across Robinsons Supermarket Blue Wave and Mercury Drug. Sitting on the famous Shoe Capital of the Philippines, Marikina is one of the prosperous cities in the country, making it a great place for the automotive business. Categorized by Toyota Motor Philippines Corporation (TMPC) as a medium dealership, Toyota Marikina continuously puts efforts on delivering sales to potential Toyota car buyers and efficient after-sales services for current Toyota owners to improve customer satisfaction, Its five-story building has a total of 5,000 sqm. lot that can display 11 popular Toyota vehicles There’s also a service center, genuine parts and accessories counter, TRD corner, as well as a customer lounge and cafeteria for the waiting customers.

Not what you're looking for?

Search For Another Dealer