The Maxus D90 is the brand's entry into the midsize SUV segment in the Philippines. The D90 is built on a ladder-frame chassis and was made available in the country on September 15, 2021. The SUV is equipped to take on the other entries in the midsize SUV segment. With its bi-turbo-intercooled diesel engine, it punches out a decent amount of power and torque rated at 213 hp and 480 Nm, making the most powerful midsize turbo-diesel engine available in the Philippine market at the time of its launch.

Maxus Philippines quietly launched the D90 midsize SUV on September 15, 2021. Initially, the model was made available in two variants, namely the 4x2 Premium AT and 4x4 Premium AT. Both trims are powered by a 2.0-liter diesel engine that's mated to an 8-speed automatic transmission. At the time of its launch, it featured the most powerful engine rated at 213 horsepower. The price of the vehicle at launch is at P1,918,000 for the 4x2, and P2,268,000 for the 4x4 variant.

The Maxus D90 rides on the same platform as its pickup truck brother the Maxus T60. This gives the 7-seater SUV access to a strong chassis that gives it great handling on and off the road. There are two turbo diesel engines powering the Maxus SUV and both come in the form of a 2.0-liter motor. The first variant reserved for the 4x2 model comes with a single turbo and pushes out 159 hp and 375 Nm of torque. The other option is a bi-turbo motor that delivers 213 hp and 480 Nm of torque which is only available for the 4x4 version of the SUV. An 8-speed automatic transmission is the only available gearbox available for the SUV for its entire model lineup. Stopping power comes from disc brakes all around and comfort comes from an independent suspension for the front and rear of the vehicle.

Maxus Philippines gave the D90 several features that allow it to be competitively specced in a market saturated with some of the most well-known brands and nameplates. The midsize SUV features a 12-inch infotainment system with Apple CarPlay connectivity and outputs to an 8-speaker audio system. Other creature comforts include a push-start ignition system, cruise control, leather seats, and a 12-way power-adjustable seat for the driver as standard throughout the lineup. Upgrade to the 4x4 variant, and customers can expect another power-adjustable seat for the front passenger as well as the All-Terrain System with differential lock.

On top of that, driver-assist features and technologies include a set of rain-sensing wipers, a tire-pressure monitoring system, a driver fatigue monitor, an electronic parking brake with autohold, and a reverse camera paired with a set of front and rear parking sensors.

The Maxus D90 infuses its rugged look with elegance. Upfront, the D90 gets a large grille that's somewhat reminiscent of the compact D60, it also comes standard with a pair of LED headlights for optimum vision at night. Down below, the bumper is treated with black cladding along with a faux skid plate. Going over the side, the midsize SUV flaunts its well-planted lines, giving its body a sleek look. The application of black cladding has been continued as well, plus, for easier ingress and egress, it also comes standard with step boards. As for shoes, the D90 features a set of two-tone 19-inch alloy wheels. Lastly, the rear is treated with LED taillamps, a spoiler, and dual exhaust pipes for a sportier look.

Like most midsize SUVs, the Maxus D90 features a three-row seating arrangement and is able to accommodate up to 7 passengers. Aside from its spacious cabin, the midsize SUV also comes with a good amount of niceties including its luscious Nappa-like leather, its plentiful storage spaces, and cubby holes, along with a standard sunroof that does let a lot of light into the cabin. Overall, the D90 features a well-appointed cabin that looks sleek and modern, not to mention, it is also treated with quality materials from the dashboard up to its door sidings.

Connect with the top Maxus sales agents in the Philippines. These agents have good reply speeds, process transactions quickly and have good customer reviews 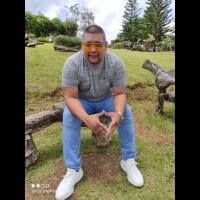 View the most compared cars versus the Maxus D90

Write a review about your Maxus D90 and help other shoppers decide if this is the car for them.

Compare quotations from multiple Maxus dealers in the Philippines. 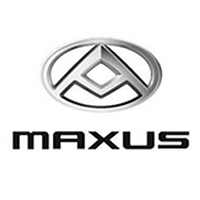 Get Notified for Maxus D90 Alerts