The Ford Territory was launched in August of 2020 and serves as the brand's new compact crossover in its Philippine lineup of vehicles. It fits in between the Ecosport and the Explorer in the Blue Oval's crossover selection. The new crossover brings with it two variants the Trend and the Titanium+ into the country. Both versions of the vehicle come powered by a 1.5-liter turbocharged EcoBoost engine that pushes out 141hp and 225 Nm of torque that sends power to the front wheels via a CVT.

On August 14, 2020, the Ford Territory officially went on sale in the Philippines with two variants and with an introductory price of P1,179,000 for the Trend variant and P1,299,000 for the Titanium+ trim. The compact crossover slots above the Ford EcoSport, and is markedly bigger than Ford's turbocharged subcompact crossover.

Built by the JMC-Ford venture, the Ford Territory sits in a unibody frame with fully independent suspension all around. The front has a MacPherson shock and strut while the rear has a multi-link system that allows for bumps and potholes on the road to be smoothened out in tandem with the chassis. The compact crossover rolls on a set of 18-inch two-tone alloy wheels and have disc brakes all around, with ventilated units up front and solid discs at the back.

In the Philipines, the Ford Territory only comes with one engine option, and that is the 1.5-liter EcoBoost engine with the engine code JX4G15, which is a motor that is also produced by the JMC and AVL, which was also co-developed by Ford Europe. The transmission of the Territory is a CVT is capable of simulated gear ratios. The power from the engine goes to only the front wheels of the vehicle. The turbocharged gasoline engine in the Philippines produces a total of 141 hp and 225 Nm of torque making for decent performance.

The Territory performs well for its class. The chassis is well-built, and the engine is reasonably responsive. Just like any other Ford vehicle, the steering is light, making for quick turns and tight turns effortless. Apart from that, the crossover is well-suited for in-city driving given that its motor sends power to the front wheels only. In terms of ride comfort, the Territory is one of the better-engineered vehicles in its class that takes bumps and potholes with ease. Equipped with fully-independent front and rear suspension and a well-behaved structure going over less-than-stellar road conditions is not an unpleasant experience. The engine is a turbocharged mill mated to a CVT, with a sport mode setting available. The CVT delivers smooth and sedate performance while keeping engine noise and operating RPMs managed. Sport mode allows for more power to come from the EcoBoost motor with some noticeable increase in throttle sharpness and response.

The centerpiece of the cabin is the 10-inch touchscreen infotainment system that is capable of Android Auto and wireless Apple CarPlay functionality. Wireless charging is also present for the right variant, and the Territory even comes with ambient lighting which is customizable. Apart from that, there is also a bevy of features to help make your drive much easier, like the 360-degree camera. Adding to that you also get adaptive cruise control, active park assist, autonomous emergency braking, forward-collision warning along with blind-spot monitoring and lane departure warning and a tire pressure monitoring system. Adding to the driving experience of the Territory, the driver is greeted by a large all-digital and configurable gauge cluster along with heated and cooled seats, and automatic climate control.

The Ford Territory comes equipped with LED headlights, DRLs, and turn indicators, paired with halogen fog lamps. The front has a mesh grille in a glossy finish while the front bumper extends ever so slightly forward giving it a nice shape as you reach the side profile. The wheels come in at 18-inches in size and are machine finished leaving a two-tone color scheme of gloss black and brushed aluminum silver with a multi-spoke pattern. Apart from that, the Territory gets body cladding all around and a floating roofline with the blacked-out D pillar towards the rear. Up top Ford also supplies this car with a roof rail for extra storage options, and towards the rear you get an almost-all LED affair with the only holdouts being the halogen plate lights. The rear is dominated by an LED set of tail lamps that are trapezoidal in its shape and offer a great look at night. Supplementing the array of lights at the back is a fog lamp, and to its bottom left and right side, the Territory has faux exhaust finishers in chrome above another faux skid plate.

The interior of the Territory features three different types of materials, the first being leather, second being plastic, and the third being wood trim. Upholstered and clad in dark-colored leather and plastic, Ford was able to break the monotonous colors of these materials with wood paneling in a matte finish. The dashboard is futuristic and has a panel specifically for the 10-inch infotainment screen. Below that display sits a set of toggle-style switches for other vehicle controls, and close to the gear lever you will find more black plastics and more buttons that control the parking brake, drive mode, and even the dial that controls your infotainment screen and audio. The rear seats of the Territory are spacious and come with amenities for the rear passengers as well. Buyers will be delighted to know that the panoramic sunroof stretches from the front all the way to the back. Also, rear AC vents can also be found in the back for the rear passengers along with a USB charging port for smartphones and other gadgets.

Cargo space in the Territory is rated at 420 liters with the rear seats up. Over a thousand liters can be accessed if the 60-40 seats are folded out of the way. A smart feature that Ford designed into this part of the car is the locking mechanism for the rear seats, so they don't flop about while they are folded. 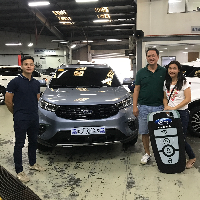 View the most compared cars versus the Ford Territory 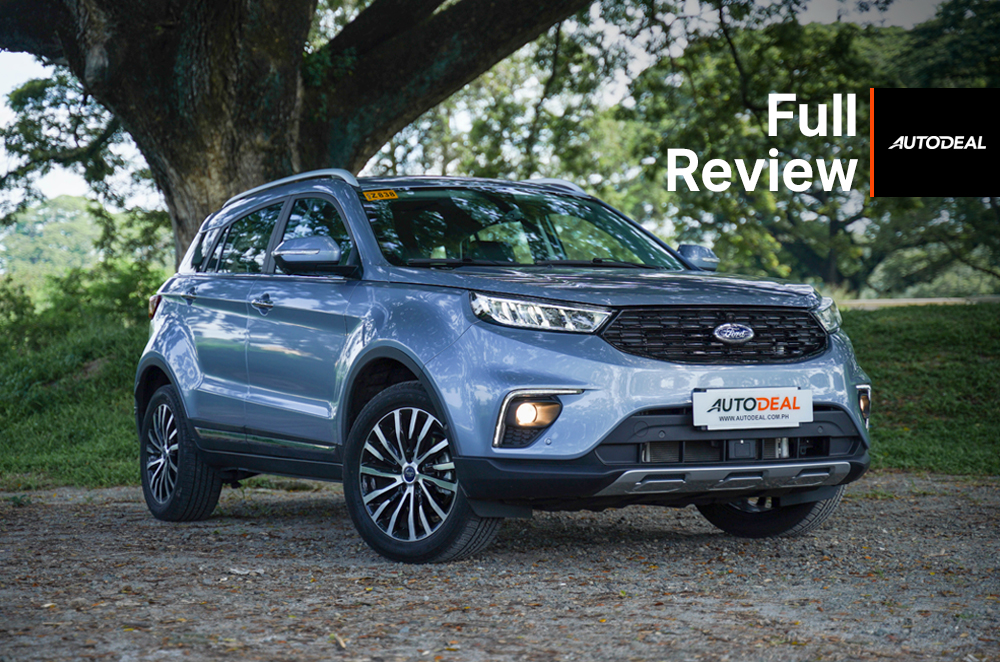 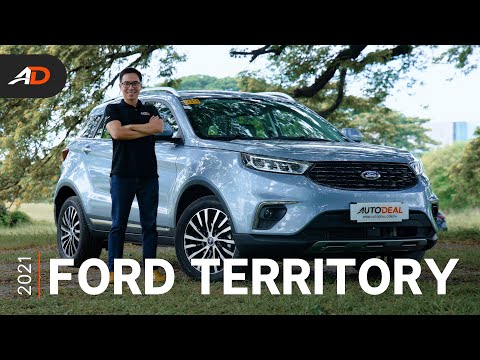 Read reviews from verified car buyers and find out from real owners what it's like to own Ford Territory.

Is the Ford Territory the replacement of the Ford Escape?

The Ford Territory does not serve as a replacement for the Ford Escape, as the discontinued compact crossover in the Philippines is still being sold in other countries including the US.

Does the Ford Territory have an all-wheel drive option?

Locally, both variants of the Ford Territory are only sold with FWD drivetrain.

What are the different colors of the Ford Territory?

The Ford Territory has six colors available, namely Ruby Red, Diffused Silver, and Panther Black. The Star White is only available on the Trend, while the Crystal Pearl White and Moonstone Blue are exclusive on the range-topping Titanium+.

Does the Ford Territory come with 7-seats?

The Ford Territory is only available as a 5-seater.

Is the Ford Territory diesel?

Both the Titanium+ and Trend variants of the Ford Territory are run by a 1.5-liter EcoBoost turbo-gasoline engine.

Get Notified for Ford Territory Alerts