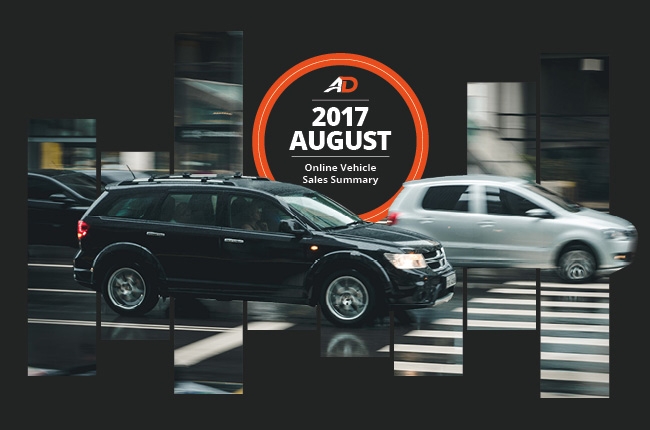 Is that an end of year sales rush we hear coming? According to the 11% increase in online inquiries last August, data currently suggests that dealers should expect high-paced sales in the ‘ber months leading up to Christmas as online buying habits continue to remain strong.

Sales output on the AutoDeal platform remained strong in August, albeit a small decrease in total volume sales against our record-setting July. With dealer engagement improving across the board, competition looks likely to remain fierce in the home stretch of the year as brands and dealers compete in an attempt to further improve their market share.

With regards to timeline; August saw a speed up in transaction times with the average inquiry to sale taking approximately 59 days on average. Likewise a high volume of sales output was achieved for sales occurring within 30 days or from leads aging from June and July, as our diagram below indicates. Remember what we said about Q3? With the issue of increased excise tax on the horizon; we’re expecting the lead to sale conversion to drop even lower in the next few months as customers attempt to cram their buying before the end of the year. As such it's now more relevant than ever for dealers to keep a close-eye on their aging leads and ensure that their conversion rates remain strong. Subcompact sales continued to steal the show in August, with their sales share increasing by around 6%. SUV sales also increased by approximately 3% in part due to positive sales on units like the Ford Everest, Toyota Fortuner and Isuzu mu-X. MPV’s also saw a similar hike. Coming as little to no surprise, the Toyota Vios is still the most purchased passenger car, fighting off competition from the Mitsubishi Mirage. The Ford Everest continued its run as the number 1 transaction and top grossing SUV for the month, while the EcoSport took 2nd place overall. With regards to Pick-Ups, the Nissan Navara edged ahead of the Ford Ranger in a segment that always seems too close to call. With sales occurring across the country, there was little to no change in customer location data with Metro Manila remaining strong at almost 37%, followed as expected by CALABARZON and Central Luzon.