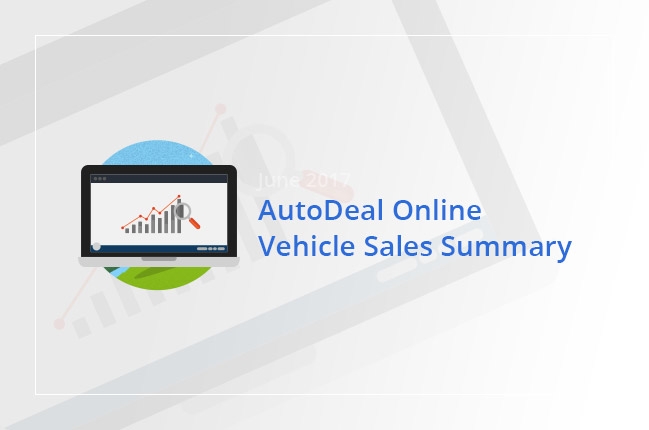 The total volume of vehicle sales made across the AutoDeal platform remained strong in June 2017, edging just ahead of the total releases for May by a nominal rate. Driving this growth was a further 23% improvement on the total number of customer purchase inquiries.

Sales for June 2017 were driven mostly off the back of strong engagement by car-buyers during the month of May, which saw its total number of queries rise by 33% in comparison to April. While the average lead to sale ratio remained at 50 for the month of June, an increase in same month transactions was also noted, which will have significantly contributed to June’s sustained sales output. 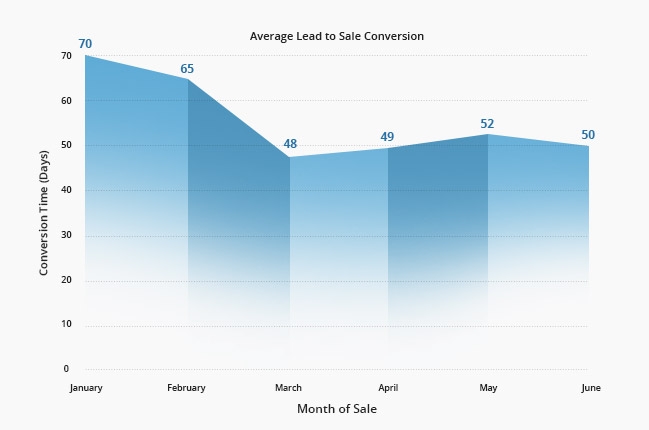 60% of sales from the previous month came from June and May based inquiries, with a further 24.11% occurring from queries made during the month of April. The shortest lead to sale conversion rate was 1 day, whereas the longest was 238 days. Overall transaction times sped up by 17% between Q1 and Q2 2017. 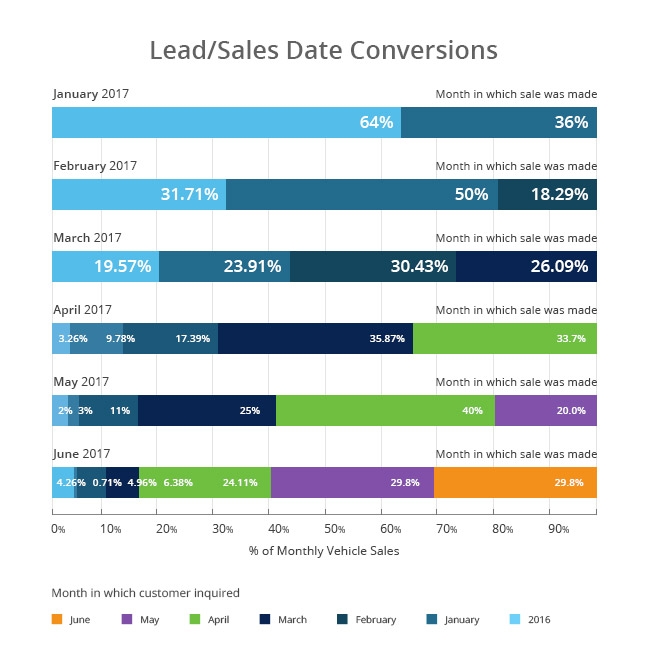 Leading the most popular purchases for June 2017 was the Ford Everest, which moved ahead of its sister nameplate, the Ford EcoSport. Ranking in 3rd place was the Mitsubishi Mirage G4. Ford further took a clean-sweep of the most popular buyers across the Crossover, SUV, and Pickup categories. 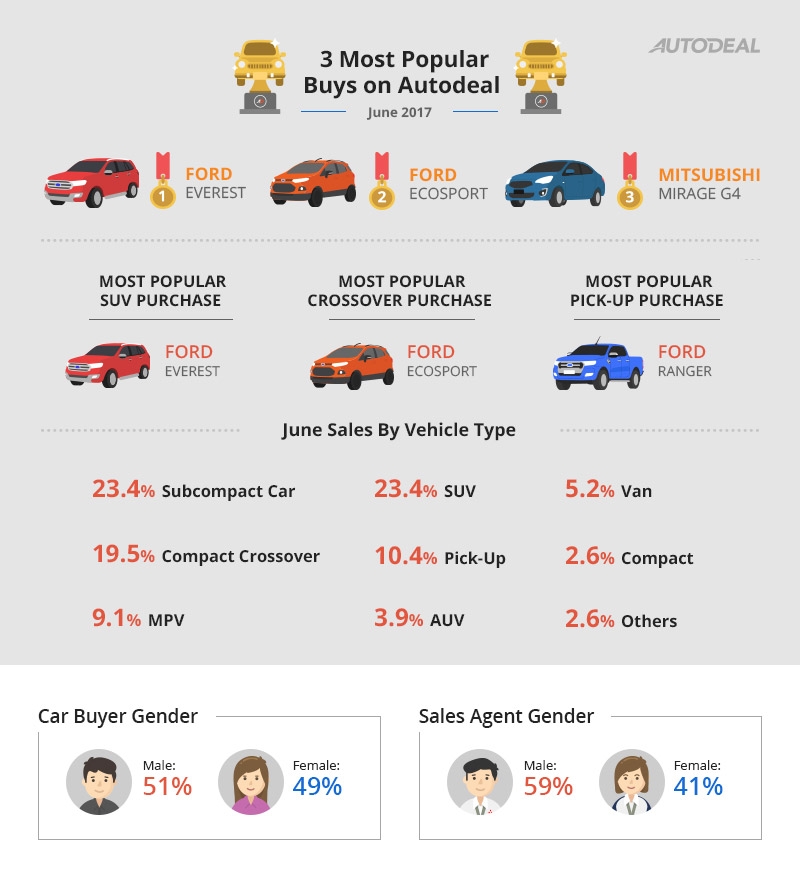 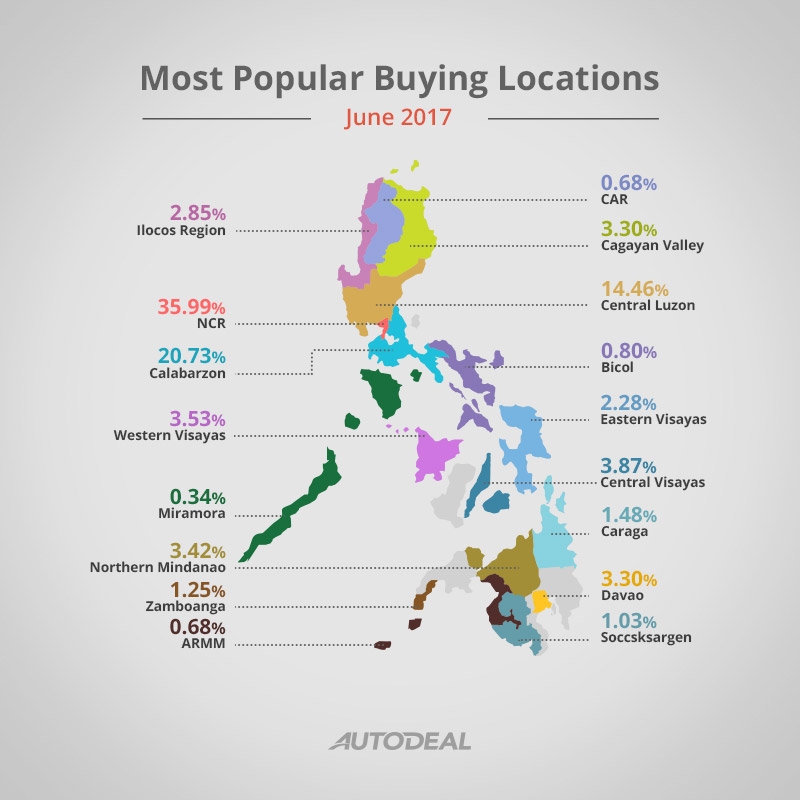