The MG ZS is a subcompact crossover and is Morris Garages' answer to the competition within the crossover segment. Armed with a compelling, standout design, the ZS is set to go up against the segment veterans. MG decided to go a little bit more bold for their styling, with well-planted lines and several chrome accents accentuating selected areas of its exterior.

Inside, you are immediately greeted with a clean and well-appointed cabin, crafted for driver and passenger satisfaction. For enjoyable cruising, MG provided the ZS with an 8-inch color display w/ Bluetooth, AUX, and USB capability, while the sound is transmitted via 6 speakers. Comfort features of the ZS include power steering, power windows, keyless entry, cruise control, and a sweet addition of a sunroof.

Under the hood, the ZS has a 1.6-liter naturally aspirated gasoline engine. The engine is attached to a 4-speed automatic transmission pushing 114 hp and 150 Nm of torque to the front wheels.

The MG ZS came to the Philippine market, alongside its brother the RX5, on October 19, 2018, during the brand relaunch of MG. The ZS debuted with three variants: Style MT, Style AT, and Alpha AT.  All variants are powered by a 1.5-liter gasoline engine that comes with a 5-speed manual or 4-speed automatic.

Under the hood of the MG ZS is a 1.5-liter gasoline engine producing 114 hp and 150 Nm of torque. The engine is attached to a 4-speed automatic transmission or a 5-speed manual. Power is sent to the front wheels. For suspension, the ZS has MacPherson in the front and a Torsion beam in the rear. The stopping power of the vehicle comes from ventilated discs up front and solid discs in the back.

The 1.5-liter engine, while powerful, may feel underwhelming for the vehicle at some point. The ZS is on the heavy side so don't expect very quick acceleration. The transmission becomes the limiting factor for the ZS as it has a tendency to be in a higher gear than it should it will also not hold gears when you need power. The transmission is also limited to just four gears to choose from.

The suspension is also on the soft side as its set up more towards comfort rather than being sporty. Body roll is also something to look out for as the ZS has tendencies to roll during certain levels of cornering.

The MG ZS features an 8-inch LCD display that comes standard with Apple CarPlay. The base model Style comes with 4-way adjustable seating for the driver while the other variants get 6-way adjustable driver seating including a height adjuster.

The ZS has a reverse camera that is coupled with parking sensors, which makes parking the vehicle easier. To give the driver extra peace of mind the vehicle comes equipped with a tire pressure monitoring system. To get a little more natural light into the cabin the vehicle comes with a sunroof for the Alpha variant.

Over in the exterior of the vehicle, the ZS comes with halogen projector headlamps standard across the line. For the higher variants, a roof-mounted rear spoiler is available. The vehicle, however, does not come with power or automatic tailgate function.

For the interior, the base model ZS comes with fabric seats while the Style and Alpha variants come with black leather. The Style MT gets polyurethane door trimmings while the Style AT and Alpha AT get leather stitched silver trimmings. 60-40 folding rear seats are standard across the lineup giving you added space when you need it. The Style variants get a leather-wrapped flat-bottom steering wheel. The Alpha variant gets the same treatment but with the added bonus of having remote audio and info controls on the steering wheel.

For safety, the MG ZS comes with 6 airbags for the top-spec variant. These airbags include front and passenger airbags, side airbags, and curtain airbags. On top of the airbags, the vehicle also comes with traction control and cornering brake control. Paired with the other safety features is an electronic stability program that helps keep the vehicle on the road during sticky situations.

Other safety features include Hill assist, which holds the vehicle in place. A tire pressure monitoring system is also present in the vehicle adding some extra peace of mind for the driver. Those who have child seats will be happy to know that the ZS comes with ISOFIX child seat anchors.

What you might like about the MG ZS is its affordable price tag, especially with the features that the vehicle has. The subcompact crossover is also fuel-efficient, making you maximize the most out of your fuel. During our review, it was able to do 11.8 km/L in the city and 16.7 km/L on the highway, respectable numbers for its 1.6-liter engine. Another handy feature you might like is that it comes with Apple CarPlay and voice-activated commands.

What you might not like about the ZS is its handling characteristic. There is body roll present when cornering at certain speeds. As a result, it might be uncomfortable for both the driver and passengers and may even hurt ride handling. For its segment, the ZS also has less power compared to its rivals. Its transmission only has four gears compared to the other vehicles in its segment. The ZS also has a relatively high loading lip that may make cargo loading and unloading a bit challenging.

Connect with the top MG sales agents in the Philippines. These agents have good reply speeds, process transactions quickly and have good customer reviews 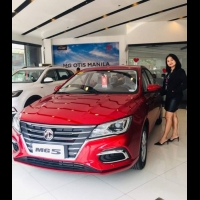 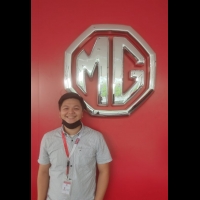 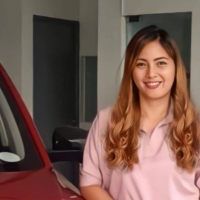 View the most compared cars versus the MG ZS 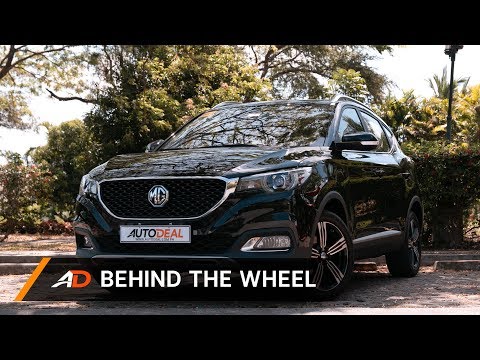 Read reviews from verified car buyers and find out from real owners what it's like to own MG ZS.

Where can you get MG parts and services in the Philippines?

The Covenant Car Company, Inc. (TCCI), the distributor of Chevrolet cars in the Philippines, is also the official distributor of MG cars. Parts and services can be had through the company's continuously increasing number of dealerships.

Is the MG an SUV?

Technically, no. The MG is a crossover, which means it has a monocoque chassis and has doesn't have off-road capabilities.

When did the MG ZS come out?

The MG ZS was launched in the Philippines in 2018.

What is the MG ZS based on?

Essentially, the MG ZS isn't based on anything. It does revive the name ZS, however, which was a sedan that was based on the MG Rover 45.

Who makes the MG ZS?

MG, or Morris Garages, makes the ZS crossover under the umbrella of the Chinese company SAIC Motor Corporation Limited.

Compare quotations from multiple MG dealers in the Philippines. 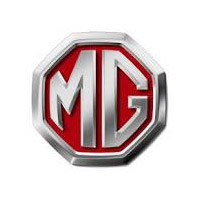 Get Notified for MG ZS Alerts