The GAC GS3 is a subcompact crossover from GAC Motor, aimed to contest the segment’s growing population in the Philippines. It combines the inherent sporty design of crossovers with the classiness that’s observed with GAC cars. It's based on the GA3 sedan that's yet to enter the Philippine market. Design-wise, the GAC GS3 follows the styling of other GAC cars, particularly the bigger GS4. The wide chrome grille flanks the fascia, connecting both sweptback headlamps with sharp LED daytime running lights. In profile, the GS3 is characterized by a floating C-pillar design. At the rear, the GS3 looks distinctive with its LED taillights in the form of an infinity sign.

Inside, the GS3 has a seamless layout with buttons and knobs that are easy to familiarize with. There are two engine options available for the GS3 in the Philippines: the naturally-aspirated 1.5-liter and the turbocharged 1.3-liter—both gasoline and sending power to the front wheels via a 6-speed automatic transmission.

The GAC GS3 was launched in the Philippines on October 15, 2019, with two variants—the naturally-aspirated 1.5-liter and the top-of-the-line, turbocharged 1.3-liter. The range-topper gets a lot of goodies that GAC can offer, such as an 8-inch touchscreen infotainment system, 6 speakers, and a wide-angle rearview camera. The lower-tier option, on the other hand, gets a bit more basic but at a lower price. There's also a mid-tier Premiere variant available in the GS3 range.

The all-new GAC vehicle is aimed to contest the growing population of the subcompact crossover segment. The GS3 conforms to what you expect in a small crossover: sporty and youthful.

The GS3 rides on the same platform as the GA3 sedan that’s yet to be brought in by GAC Motor in the Philippines. It has McPherson struts independent suspension upfront while the rear end has twisting beam suspension. Brakes are both discs with the front wheels using the ventilated type.

The GAC GS3 is powered by two Euro 5-compliant gasoline engine choices. Lower variants are equipped with a naturally-aspirated 1.5L DCVVT that produces 113 hp and 150 Nm of torque. The higher-spec GS3, on the other hand, has a turbocharged 1.3-liter mill under its hood. This engine does have DCVVT and can produce 136 hp and 202 Nm torque. Both engine choices are coupled to a 6-speed automatic transmission that sends power to the front wheels. The GS3 is equipped with an electric power-assisted steering wheel.

The GAC GS3 doesn’t come lackluster with technology and convenience features, especially with its top-spec offering. It has an 8-inch touchscreen infotainment at the center of the dashboard, which houses the display of the wide-angle rearview camera. Smart keyless entry with push-start ignition is also standard for the range-topper, along with cruise control, automatic climate control with negative ion air filer, rear-row USB charging ports, electronic parking brake with brake hold, and power-folding side mirrors.

The lower variant, on the other hand, gets fewer tech features but at a lower price point.

The GS3 follows GAC Motor’s design language, particularly akin to the design of the GS4. Up front, a wide chrome grille flanks the sweptback halogen headlights with LED DRLs (for the 1.3 trim), while 18-inch alloys can be found on the top-spec variant, 17-inches for the mid-tier, and 16-inch wheels for the lower end trim. The rear gets a pair of LED taillights in the shape of the infinity sign.

The GAC GS3 features a dark interior theme that is mostly clad in soft plastics, with the exception of some leather and leatherette trimmings found on the range-topper. Lower variants gets fabric upholstery instead.

As its size is bigger than most of its rivals, the GS3 has a huge interior and cargo space. Trunk volume defaults at 370 liters with the capability to expand to 780 liters when you fold the rear backrests down. All variants of the GS3 have a 5-person seating capacity.

The range-topping 1.3 variant gets extra front side airbags, e-parking brake with brake hold, and tire pressure monitoring system. Also, the GAC GS3 doesn’t have an ASEAN NCAP rating but it got a 5-star rating at C-NCAP.

View the most compared cars versus the GAC GS3 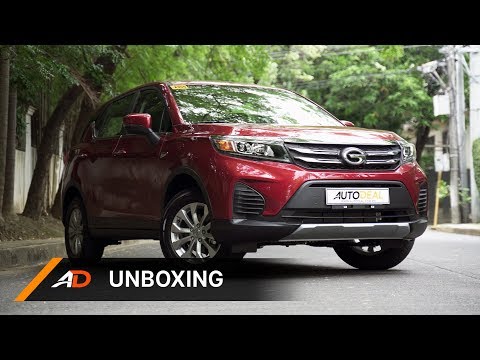 Read reviews from verified car buyers and find out from real owners what it's like to own GAC GS3.

Compare quotations from multiple GAC dealers in the Philippines. 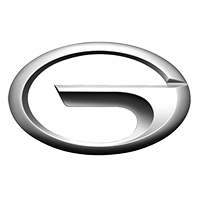 Get Notified for GAC GS3 Alerts