The Nissan LEAF is the world’s best selling electric vehicle that's categorized as a 5-door compact hatch. Its first generation was debuted back in 2010, and the model lasted for a long period of time. The car was recognized through earning such prestigious titles, such as the 2010 Green Car Vision Award, the 2011 European Car of the Year, the 2011 World Car of the Year, and the 2011–2012 Car of the Year Japan. Fast-forward to 2017, and the LEAF already gained its second-generation as it came out as a 2018 model that features an entirely new design and a boosted powerplant.

The Nissan LEAF's arrival inthe Philippines was first announced on July 22, 2019. The Japanese company wanted to bring in a car that would spur the electrification of its lineup. Nissan's electrified future starts with the LEAF, and on May 9, 2021—nearly 2 years later, the company finally is launching the LEAF and putting the EV on sale for the Philippine market.

As for the lineup, Nissan is only selling one variant of the LEAF, one with a 40 kWh battery and motor combination.

The platform designation of the Nissan LEAF is ZE. The current generation LEAF shares this designation with the first generation model launched back in 2010—the ZE0 being the first generation and the ZE1 being the second and current generation model in the country. Chassis-wise, the compact hatchback is suspended by independent MacPherson struts with coil springs, and a torsion beam axle rear, also with coil springs. The front brakes are composed of ventilated discs, while the rear wheels house solid discs. As for wheels, the LEAF comes standard with 16-inch alloy wheels and 205/55 series tires.

As for power, the LEAF gets a 40 kWh battery with a power figure of 148 hp and 320 Nm of torque. The batteries Nissan use for the LEAF are a Laminated Lithium-ion. These cells feature a high energy density and reliable recharging capabilities. From a full charge, Nissan claims that the LEAF has an expected range of 311 km. The electric motor is likewise mated to a single-speed reduction gear transmission, which plays a part in the energy retention of the LEAF, as it helps charge the batteries with the transmission acting as the brakes. The on-board charger is a 6.6 kW Double Speed on-board Charger with a Quick Charger. As for the port itself, the LEAF ets an illuminated charger port with smart lock and unlock features.

Other driver-assist tech features to include the Nissan e-Pedal, which will use the momentum of the car in order to brake and recharge its batteries. Apart from that, Nissan has also bundled in the Intelligent Around-View Monitor with Moving Object Detection that helps you get out of tight spots, and also high-beam assist which automatically activates your high beam in poorly-lit conditions provided a car isn't on the oncoming lane. Intelligent Cruise control is also standard, with Vehicle-to-Vehicle Distance Control.

The second-generation Nissan LEAF features a clean and cutting-edge look. One of its main highlights is the front end that sports an aggressive front grille that’s accentuated with some shiny black material along with a chrome strip that seamlessly forms the V-Motion grille. There is no gas cap to be found since this is an EV after all, instead, you will find a charging port that’s cleverly integrated on its front end. Its headlights and fog lights feature halogens along with LED daytime running lights.

Going over the side, it still gets a good amount of chrome and features a black panel that gives it an illusion of a floating roofline. Additional black details could also be included depending on the color of choice.

Lastly, its rear retains the bulbous profile of the car. It gets a pair of tail lights along with three reflectors that should be useful at night. There’s also a rear spoiler along with a third brake light.

Inside, the LEAF gets enough space for 5-passengers. In terms of material quality, the Nissan LEAF has a good amount of soft-touch materials. As for other practicality points, it gets a decent-sized glovebox, other storage bins, and cup holders.

Its sole variant gets fabric seats along with manual adjustability functions. The steering is wrapped in leather and it also has audio controls and other essential buttons for added driving convenience.

Aside from that, this EV also gets other standard safety equipment such as a set of airbags (front, side, curtain), Anti-lock Braking System (ABS), Electronic Brakeforce Distribution (EBD), Tire Pressure Monitoring System (TPMS), and many more. View the most compared cars versus the Nissan LEAF 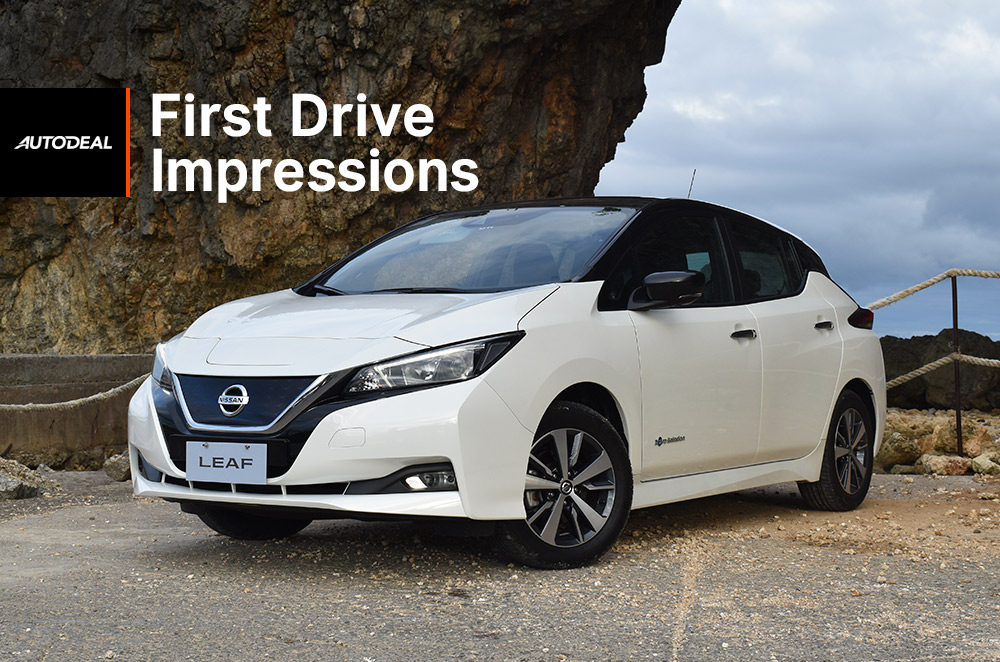 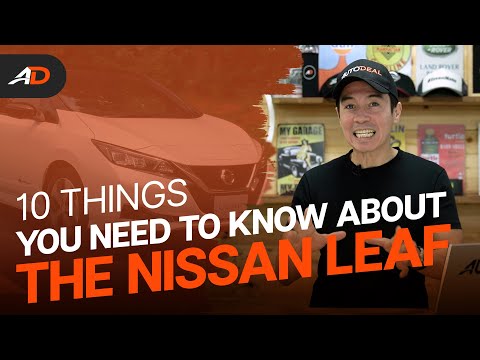 Write a review about your Nissan LEAF and help other shoppers decide if this is the car for them.

What is the motor of the Nissan LEAF?

It is powered by a 110kW motor that sends power to the front wheels via a single-speed direct-drive transmission.

Can you charge the Nissan LEAF at home?

The Nissan LEAF in the Philippines comes with an adapter for free with the vehicle that lets you plug it into any standard wall socket to charge the car.

What is the warranty on the battery of the Nissan LEAF

The warranty for the battery of the Nissan LEAF in the Philippines is 8 years or 160,000 kilometers whichever comes first.

Is the Nissan LEAF expensive to maintain?

What is the range of the Nissan LEAF

The Nissan LEAF in the Philippines has an estimated range of 311 kilometers on one single charge.

Compare quotations from multiple Nissan dealers in the Philippines. 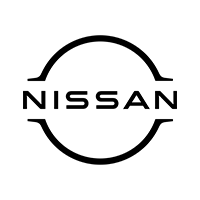 Get Notified for Nissan LEAF Alerts