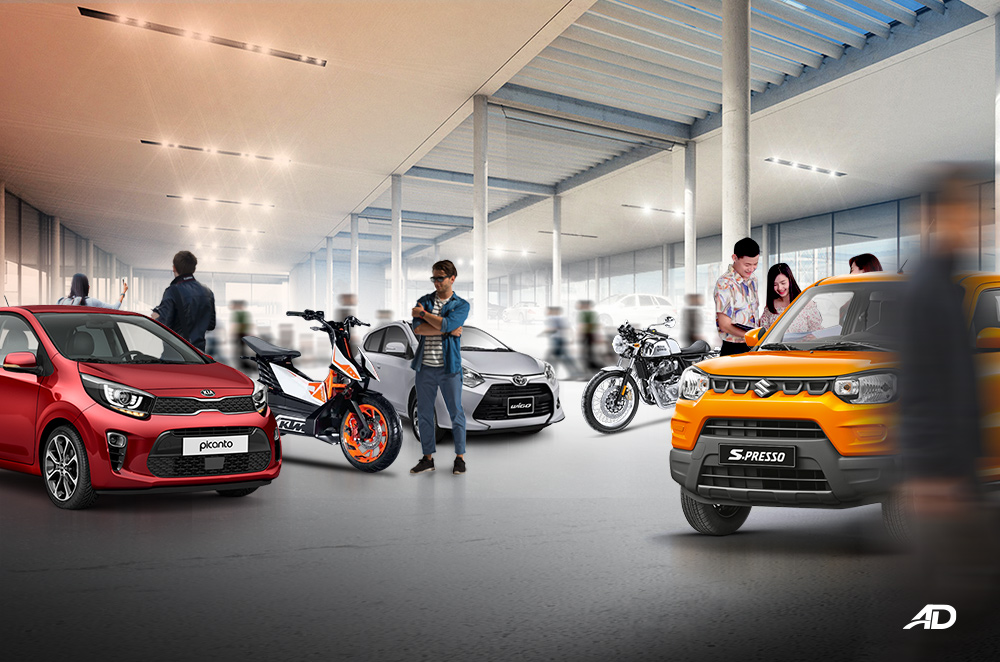 Over the last few years, the general sentiment shared by many in the Philippine automotive industry was that the era of the subcompact car was slowly drawing to a close. Taking its place was a new era of rugged MPV’s, SUV’s, “lifestyle” pickup trucks and crossovers, the hype of which coined relatively unimaginative headlines like “Pick up Wars” and “SUV Wars”.

It all made perfect sense as economic conditions improved, consumers were choosing to level up their purchases from entry-level products to gain a little more legroom, two more seats, or a couple of inches of higher ground clearance. At AutoDeal.com.ph we measured data clearly indicating that the majority of consumers preferred to “shop up.” Perhaps (as an example) originally inquiring for a Toyota Vios, but finally purchasing a Toyota Rush.

As such for the last number of years we’ve seen some clear dominance with regards to what consumers were most actively inquiring about. While the top-selling vehicle in the Philippines remained to be the Toyota Vios in 2019 (with 33,181 sales), its smaller sibling the Wigo slid from 3rd place in 2018 to eighth place in 2019, being overtaken by the Hilux, Hiace, and Innova. Moreover, both the Mitsubishi Xpander and Nissan Navara had also climbed up the top 10 rankings in the sales index to 5th and 6th place respectively.

The industry was awash with new vehicles in the segment including the Hyundai Reina, Kia Soluto and Suzuki Dzire hoping to disrupt the segment from within while multi-branded marketing campaigns focussed heavily on promoting a new era of MPV’s, a wave of China-made subcompact crossovers and comprehensive ranges of lifestyle pick-ups that had been unaffected by 2018’s increased vehicle excise tax.

However, the data we’re analyzing today suggests that this trend may now be in reverse following the COVID-19 outbreak and ensuing enhanced community quarantine. Since the enforcement of lockdown in Metro Manila and Luzon, we’ve been carefully monitoring the organic interest levels for our five (5) most popular vehicle categories – comparing them proportionately in terms of % increase/decrease against their pre-lock down interest levels. Over the last number of weeks, we've hypothesized many possible scenarios for how COVID-19 might affect the automotive industry. 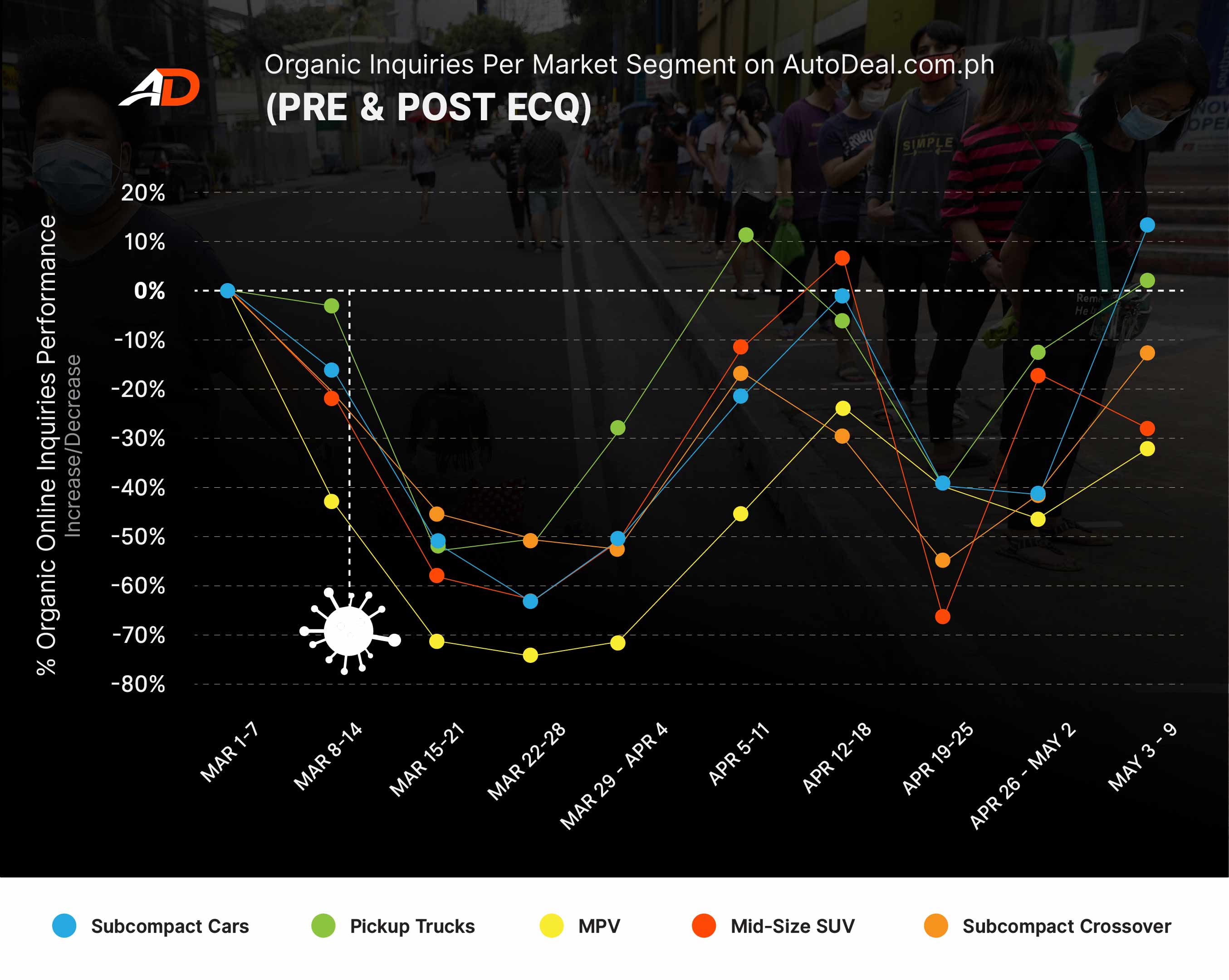 Furthermore, we’ve also seen similar trends in regards to inquiries for used cars with a substantial decline in the first few weeks of ECQ, a mid-ECQ recovery, and an increase from May 3 to May 9 that now exceeds its pre-ECQ interest levels.

Can these interest levels be converted to sales for car dealers?

Converting this interest level to real-world sales will require significant work from dealers and some considerable efforts from banks regarding what level of accessibility they will provide to auto loans moving forward. Most importantly, dealers will need to navigate away from a "one size fits all" approach and have a calculated strategy to the varying motivations of different consumers. From the sidelines, we should expect to see three (3) prominent types of car buyers in this segment.

This represents the portion of the buying population who were previously interested in a subcompact, and who are still interested in a subcompact. Very little goes unchanged for this portion of the market provided that these consumers still have the purchasing power to push through with a transaction. In most cases, these are historic prospects that dealers will most likely have been in contact with prior to the implementation of the ECQ (i.e. they should already be in their databases). While some critics have pointed out that an economic downturn may stagnate sales, initial data collected from our automated consumer feedback surveys suggests the contrary. As per our initial findings, 76% of prospects who inquired for a vehicle prior to or during ECQ were still interested in making a purchase after the ECQ (28.8% of the sample suggested strong immediate purchase intent by requesting an updated quotation on their vehicle of choice). Of the 26% who declared that they were no longer interested, 5% had already made a purchase. While there was limited commentary on why people were no longer interested, a handful of respondents indicated that loss of income due to the ECQ was one of the primary reasons. This data is based on 404 respondents of an ongoing survey.

As shoppers purchased up before the lockdown, so dealers should expect a certain percentage to shop down after the ECQ. To navigate this landscape, dealers will need to get on top of their data and implement appropriate re-marketing practices to provide lower-cost options to retain customers in their funnel and to prevent them from jumping across to other brands.

If consumers don’t downsize their purchases then dealers will need to be attentive to managing prospects over longer periods of time to encourage prospect retention. Remember what we discussed two years ago about dealers proactively managing the mid-funnel? 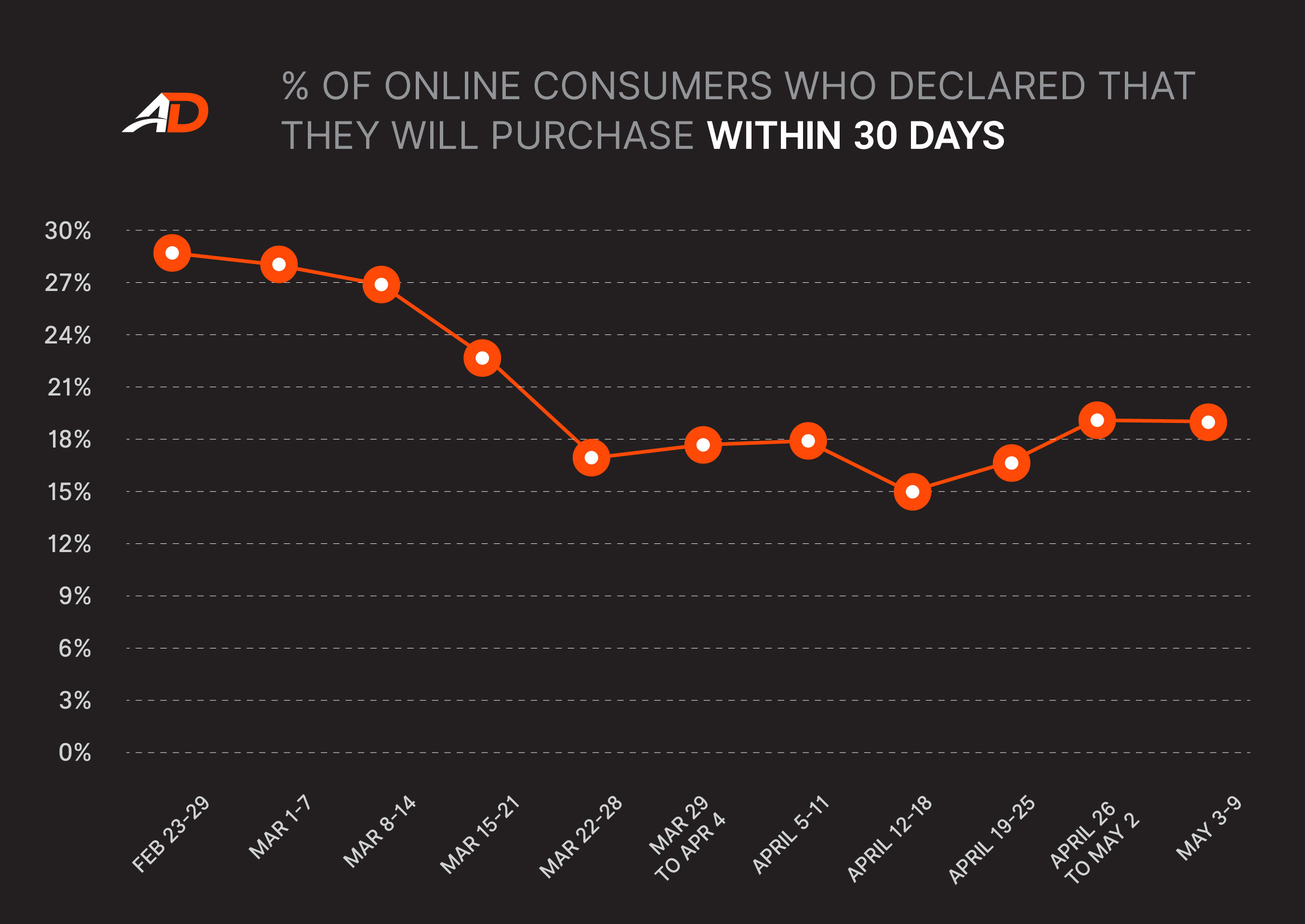 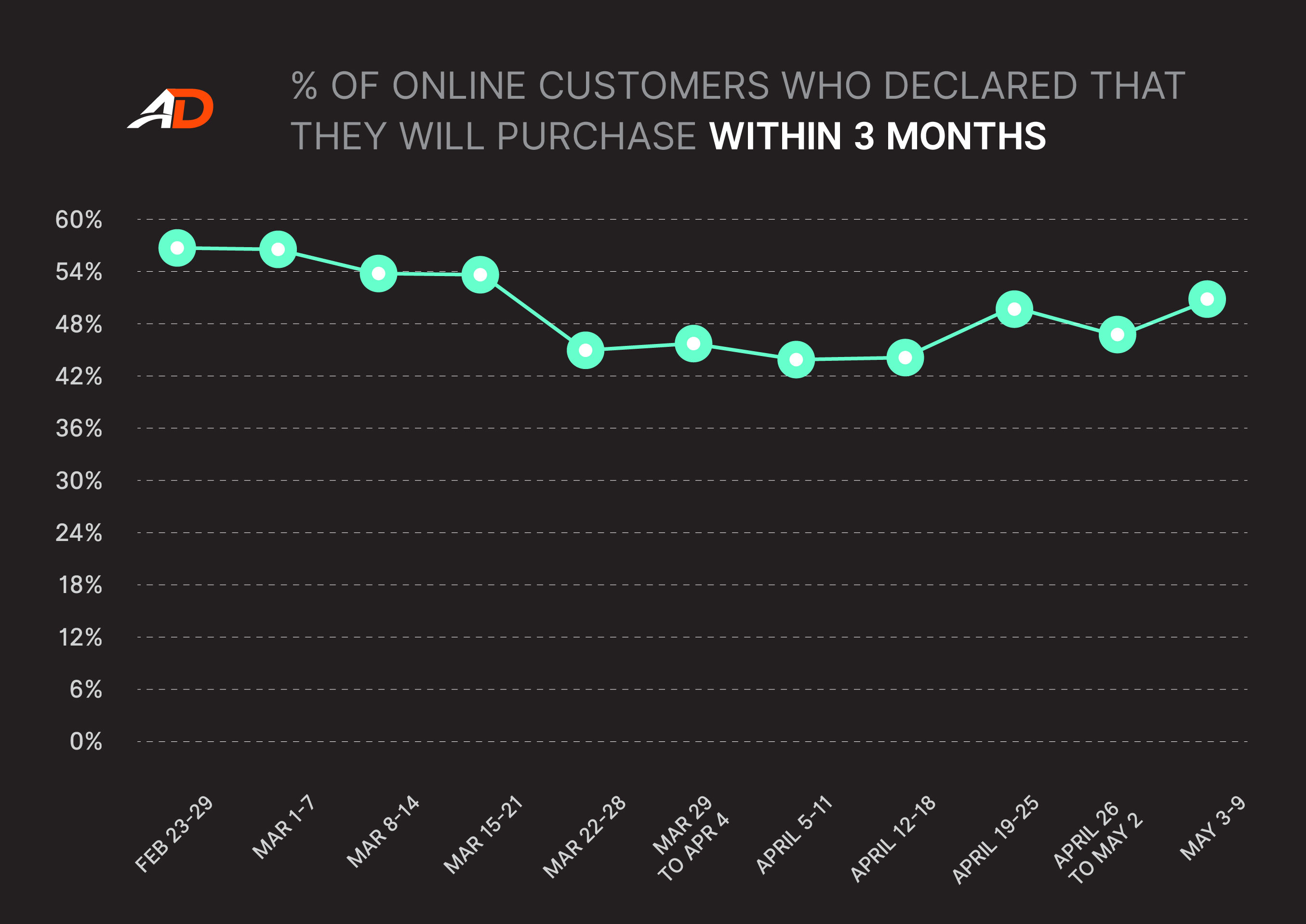 As indicated in the graphs above, we’ve seen a decline of purchase urgency since the beginning of the ECQ with the proportion of people looking to purchase within a thirty (30) day period declining presumably, because buyers could not anticipate when quarantine would end. Despite that, the volume of prospects looking to buy within three (3) months has begun to show significant signs of recovery.

As a result, we can expect that dealers who possess great prospect management structures to be the ones to reap what’s left of the rewards once lockdown finally lifts. In simpler terms, dealers who haven’t been focused on their leads and data over the quarantine period will have to begin back at square one, whereas those that have continued to market and accumulate prospect, data will begin on square three or four.

The third market segment is perhaps the most interesting and the biggest wild card of all. If ECQ has made anything abundant it is that private mobility options are a necessity in instances where public transport is inoperable or considered too risky. This provides a significant opportunity for cheap entry-level new cars, second-hand cars, and motorcycles, especially among pink collar, white-collar, and overseas Filipino workers.

Private mobility as a necessity for economic recovery

While critics point at economic conditions such as unemployment and forced business closure as an explanation for why people might delay purchases, they’re simultaneously failing to take into consideration the portion of the population who will return to work, and of them, how many would prefer to opt-in for a private mobility option versus taking the risk of public transportation (or even ride-sharing). Certainly, this won’t help sell Toyota Fortuner or Mitsubishi Montero Sport, but it does offer an opportunity for players competing in the budget category, the motorcycle industry, and those willing to roll the dice in the limitedly-explored second-hand industry.

The question is; will the anticipated risk of commuting combined with the necessity of having to return to work open the door to private mobility no longer being considered a luxury, but also a vital necessity?