The current Nissan Terra just turned 3 in May 2021. Nissan's Navara-based midsize SUV marked its debut in the Philippines in 2018. Without a doubt, it is one of the most competitive entries in its class especially when it comes to safety, practicality, and comfort. The Terra even gets bonus points for its well-specced VL variants along with its tried and tested 2.5-liter turbo diesel engine that’s shared with the Navara. As of now, its prices range from P1,539,000 for the EL MT 4x2 variant and tops up at P2,211,000 for the VL AT 4x4.

Related: What makes the Nissan Terra an ideal family vehicle

While there are a lot of things to praise, it’s still not a perfect package. Like all vehicles, you really just can’t have it all. The Terra has some minor flaws you need to consider before getting one for yourself.

The stepboards are a bit of a scratch magnet While the stepboards of the Nissan Terra are noticeably lighter than some of the ones found on other midsize SUVs, the material used by the brand is kind of a scratch magnet. It is easily affected by the tiny pieces of dirt and rocks attached under the passenger’s footwear. In fact, one of our teammates owns a Terra, and this is one of his minor complaints with the vehicle. Nonetheless, the entire exterior remains well-composed, plus, its design should age gracefully over time. 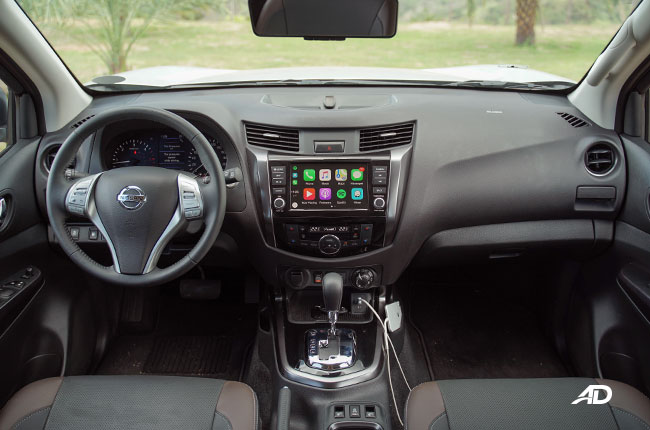 Inside, the Terra does have a strong resemblance to the Navara. It’s actually no surprise that this SUV was based on Nissan’s midsize pickup. That said, the Terra also has a dull yet functional dashboard design which doesn’t seem to please the eye of many. Good thing that Nissan has already made significant improvements with the X-Terra, and we shall witness those revisions once the refreshed Terra makes its way to the Philippine market.

It has no speed-sensing door locks 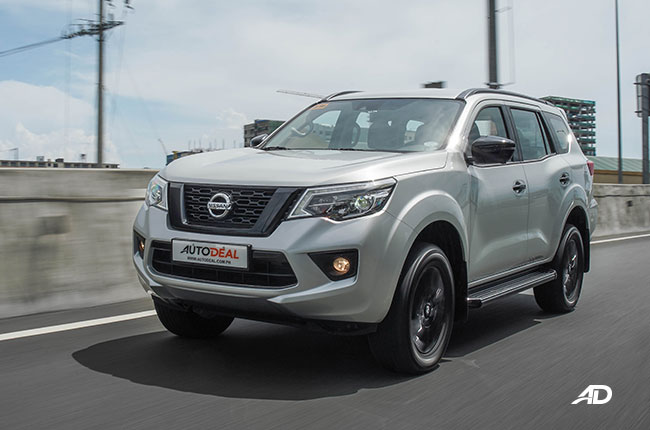 Given its price point, we’ve already expected the Nissan Terra to have this feature standard across its variant range. Though you can get an OBD speedlock as an accessory which costs about P1,400 and up depending on the seller. It’s easy to install as well, and after doing so, your Terra should already have an automatic lock feature.

Quality of the Around View Monitor could use some work The Nissan Terra’s 360-degree camera is a heaven-sent feature, however, we wish Nissan could’ve done it better, specifically by giving it a greater resolution in order to make it more user-friendly. Then again, it’s very useful especially when parking and going through tight spaces, plus, it's also accompanied with rear parking sensors for added certainty.

Thigh support is not very good in the third-row Legroom is relatively generous in the Terra’s third-row, however, thigh-support isn’t that good. Then again, most of the options in its segment do not provide a perfect third-row layout, making a more suitable place for children.

We expected rear disc brakes at its price point Back when the Nissan Terra was launched in 2018, many questioned the Japanese automaker as to why they equipped the midsize SUV with rear drum brakes only? Don’t get us wrong though, its braking system works perfectly fine. Considering its price point, we expected the Terra to at least have some solid rear disc brakes instead of drums.

We also wish it had a power tailgate While a power tailgate is not much of a necessity, we also expected the Nissan Terra to have one given what the competition is doing in the segment. Perhaps, the brand could also add this feature once the refreshed model makes its entry to the Philippine market. That’s about it, those are just some minor issues with the renowned midsize SUV. Despite that, many people end up accepting its flaws and buying one. Not only do you get the looks, but you also get that tried and tested performance, good amount of tech features, and supreme ride and comfort.

Are you now dissuaded from getting a brand new Nissan Terra? If not, then, don’t hesitate to click on the ‘Get Quote’ button—it’s absolutely free. You could even request to test drive the cars so you would know what you’ll like about them, first hand.