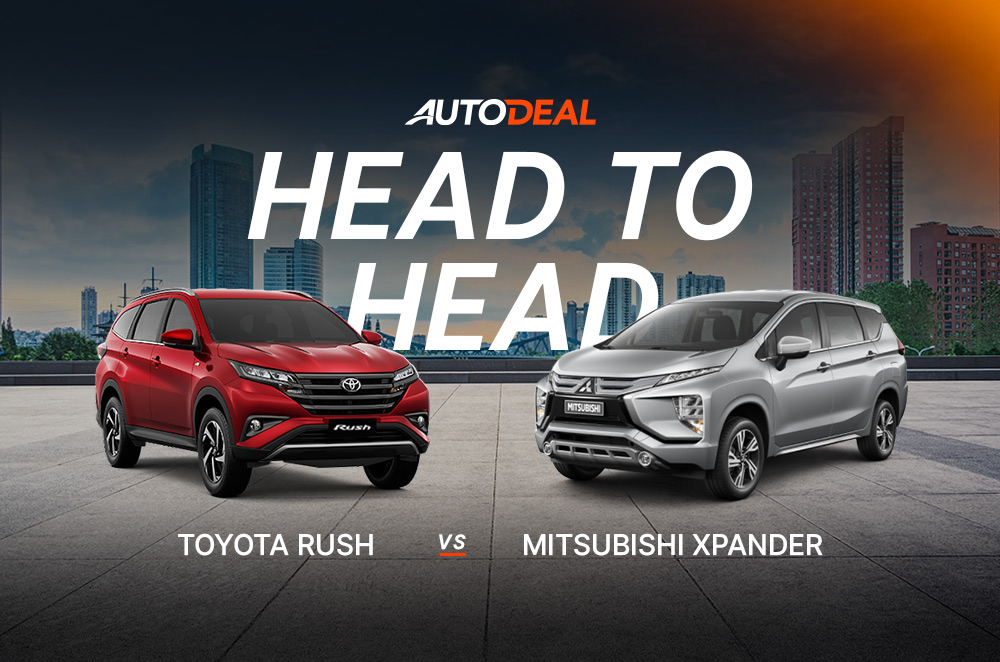 The local 7-seater segment has begun to heat up with more and more additions being added to the market. This gives Filipino families an even wider selection of vehicles to choose from. Two of the more popular options on the market are the Toyota Rush and the Mitsubishi Xpander. Both are available with a 7-seater capacity, come well equipped, and are both competitively priced. While the Xpander does have a Cross variant, we won’t be adding it to this comparison to keep things on an even playing field against the Rush. On the outside, these vehicles come with very different approaches to vehicle design. The Xpander comes with a more futuristic look thanks to the dynamic shield design of Mitsubishi, while the Rush comes with a more SUV-like design for a tougher looking vehicle. In terms of their equipment, both 7-seater vehicles are on a similar footing as they come with LED headlights as standard for their higher trim models. In terms of size, however, the Xpander is the bigger vehicle with a 40mm difference in terms of length and with 65mm difference in terms of width. This makes the Mitsubishi 7-seater the bigger vehicle between the two to help you maximize space. The Rush does answer back with higher ground clearance, however, we have to give the win to the Xpander thanks to its bigger cabin space. Comparing the two interiors of each vehicle reveals both Japanese brands once again have taken different designs to their dashboards. The Rush comes with a more boxy design, while the Xpander has added a few more sweeping lines into the mix. While both interiors lean towards a more durable set of materials, the Xpander does it a little bit better and does well to add soft-touch materials into the mix. Comfort is about the same for both vehicles with the Xpander getting a slight advantage thanks to a more spacious cabin.

In terms of their infotainment systems, both vehicles are again on near equal footing. Both vehicles come with a 7-inch infotainment system that also comes with a mirror link feature for Android and Apple devices. It is important to note, that this isn’t the same as Apple CarPlay and Android Auto. Toyota also recently updated the Toyota Rush, by giving it a reverse camera even for the entry-level models. For equipping even the base model vehicle a reverse camera, we will award the win for this category to the Toyota Rush. When it comes to power, two different approaches are taken for both vehicles. The Xpander comes in a front-wheel-drive layout, while the Rush comes with a rear-wheel-drive configuration. Engine displacements for either vehicle are even, as they both come with naturally aspirated 1.5-liter motors. However, where they differ is when it comes to their power outputs. The Rush makes 102hp and 134 Nm of torque, while the Xpander produces 105hp and 141 Nm of torque. This puts the Mitsubishi 7-seater at an advantage as it has 3hp and 8 Nm more than its rival. For this category, we will give the win to the Xpander as it boasts more power under the hood. 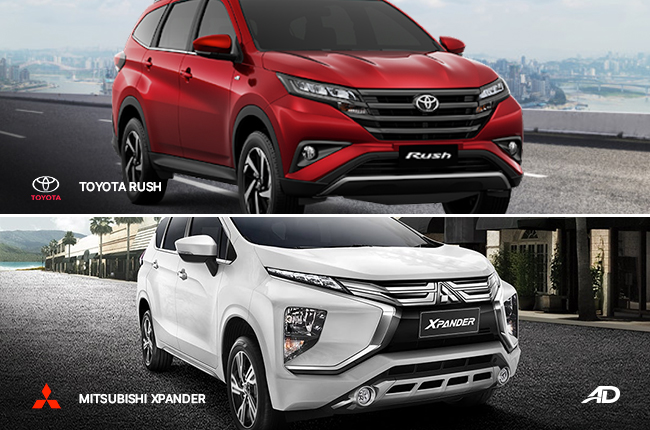 As a 7-seater vehicle, safety for all occupants should be a high priority. In this category, a clear difference between both vehicles can be seen. The Mitsubishi Xpander comes with driver and front passenger airbags equipped across its model lineup, while the Toyota Rush brings with it a total of 6 airbags. This gives the Toyota 7-seater a clear advantage over its other Japanese rival. Aside from this other features such as ABS with EBD, vehicle stability control, and traction control are both standards in both vehicles. For having more airbags we will award the win for this category to the Toyota Rush. It is also important to note that the Rush also comes with a higher ASEAN NCAP safety rating of 5-stars versus the Xpander’s rating of only 4-stars. 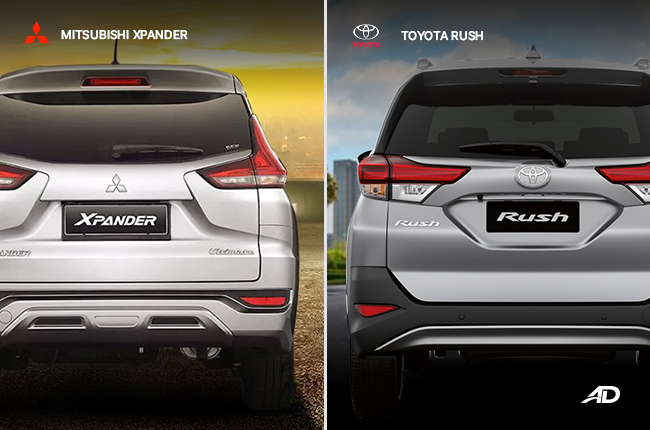 Comparing the Toyota Rush pricelist to the Mitsubishi Xpander pricelist reveals that the Rush is the more affordable vehicle between the two. It not only comes with a sub P1,000,000 price tag for its most affordable variant but even at its most expensive it’s still more attainable compared to its Mitsubishi rival. The G variant of the Rush comes in a P1,100,000, while the Xpander at its most expensive, in its GLS AT trim is more expensive by P28,000. Going to the entry-level models, and it’s also a similar scenario. The Toyota Rush E comes priced at just above P980,000 while the Xpander already crests P1,000,000 its entry-level model. For this category and for being more affordable across the board, we will award the win to the Toyota Rush. 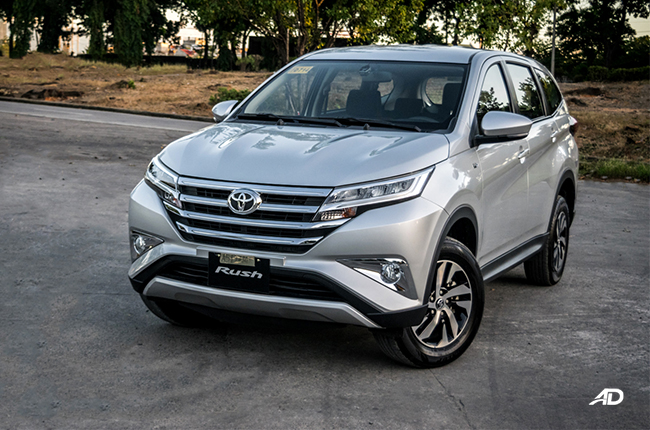 These two 7-seater vehicles while similar in capabilities each come with their own strengths and weaknesses. If you are after an affordable SUV-like vehicle then the Toyota Rush is your go-to choice. It comes with tough looks and with the safety features to boot. It has also been updated to come with a reverse camera that has even been added to its entry-level model. To add to this it is also the more affordable model across its lineup compared to its Mitsubishi rival.

If however, you want a more futuristic look to your 7-seater then look no further than the Mitsubishi Xpander. While its looks might be polarizing to some, we can’t deny that it is a bigger vehicle and comes with a more spacious cabin. Compared to its Japanese rival it also has a slight edge in power, a useful advantage to have especially if you plan on utilizing the 7-seater capacity often.