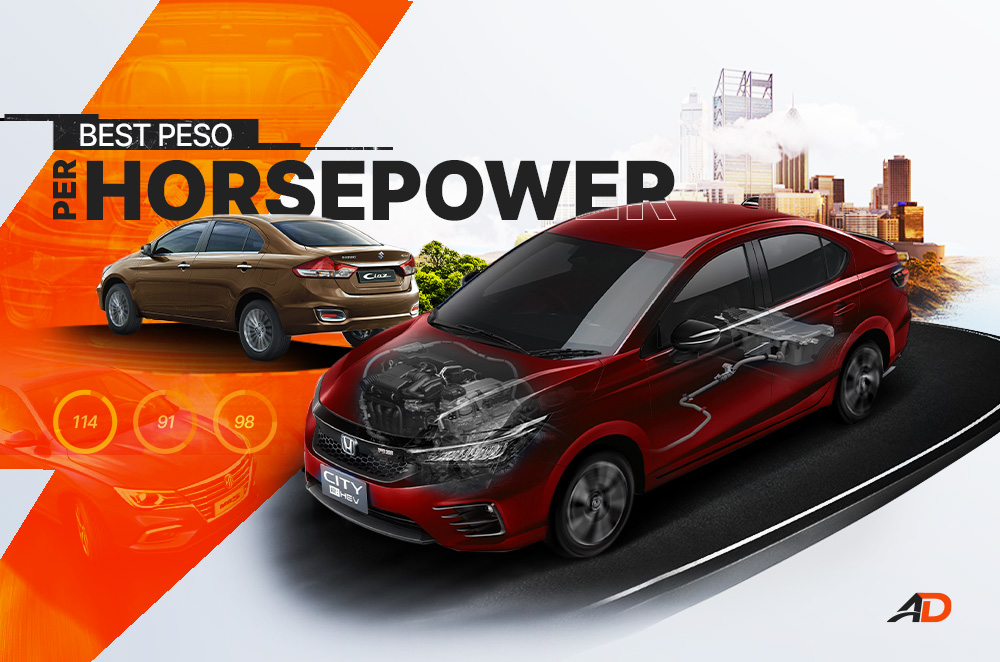 We here at the office decided to do something a little fun. We brought out our calculators and decided to see which normal car in the Philippines can give you the most amount of horsepower for the least amount of cash. With that in mind, we created a quick list of vehicles with that premise in mind.

For the sake of brevity, we will only include the top 10 subcompact sedans with the best peso to horsepower ratio available in the Philippine market today. As another disclaimer, we will remove sports cars and luxury cars from the equation and only focus on normal cars the average Filipino buyer can get. To make it easier we will also only be using the top-of-the-line variants as the basis for the price. 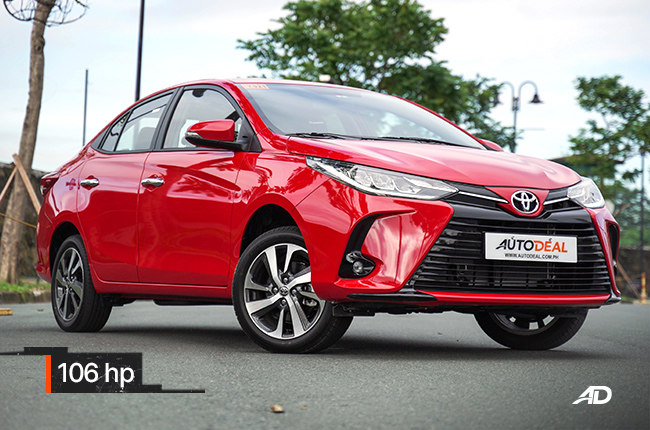 The crowd favorite Toyota Vios makes it into the 10th position in its 1.5-liter configuration. While there is a race car version of this sedan available in the market, the math doesn’t lie. It's not the most powerful sedan on this list, either but it is a balanced option for those looking to get a reliable and easy-to-maintain daily commuter. 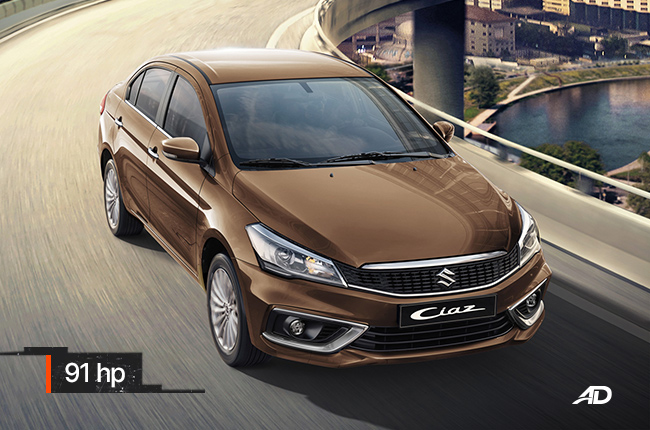 Another Japanese entry onto this list is the Suzuki Ciaz. While it isn’t powered by a 1.5-liter motor, it is powered by a 1.4 which gives it enough power to take the 9th spot. Like the Vios, it too is a good choice for those looking to get a capable and fuel-efficient daily commuter. 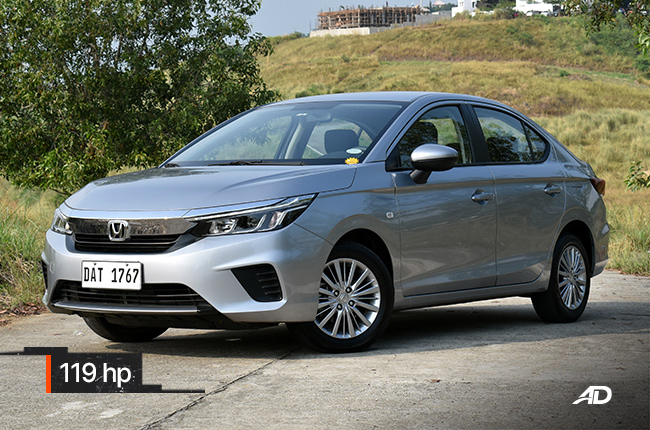 Up next is the Honda City. A sedan with a sporty drive that those even on a budget can get. That being said, however, it is one of the more powerful vehicles on this list as it pushes out 119hp from its 1.5-liter motor. While its power figures are impressive, its peso to horsepower ratio isn’t as much. Nevertheless, if you want a sedan with a great drive and that fits within a P1.1 million budget, then this is the one to get. 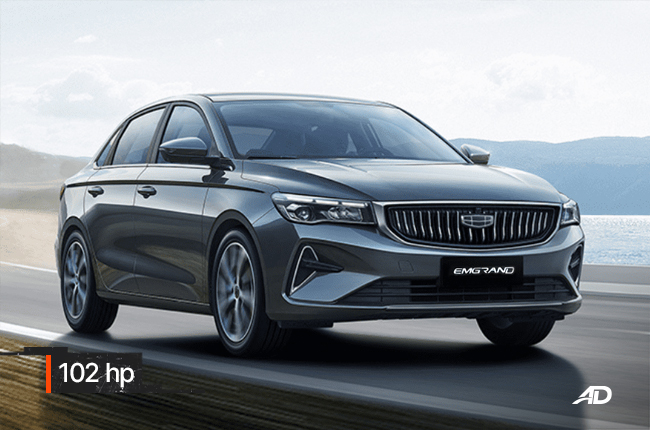 A new entry into the segment that wishes to disrupt the dominance of its Japanese and Korean counterparts is the Geely Emgrand. The sedan brings a lot to the table in terms of features and interior quality and is ready to change your mind about how Chinese cars fair in the local market. It's a great buy for those looking to get a sedan with a nice interior and a good set of features. 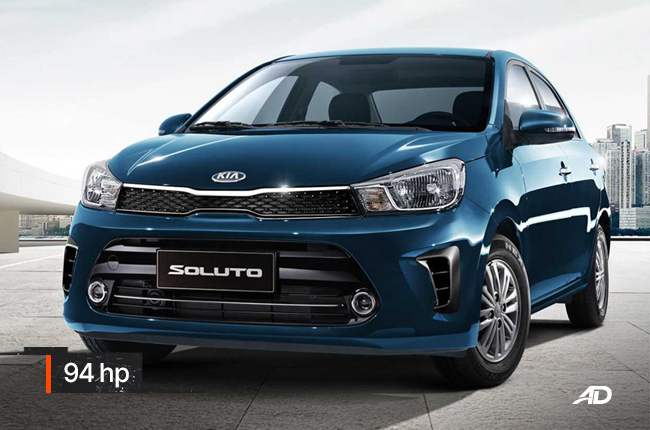 The Kia Soluto takes the 6th position as, while it is an affordable car it does lack a bit in the power area. Regardless, this small sedan is still well equipped as it comes standard with an Apple CarPlay and Android capable head unit and a reverse camera as well. 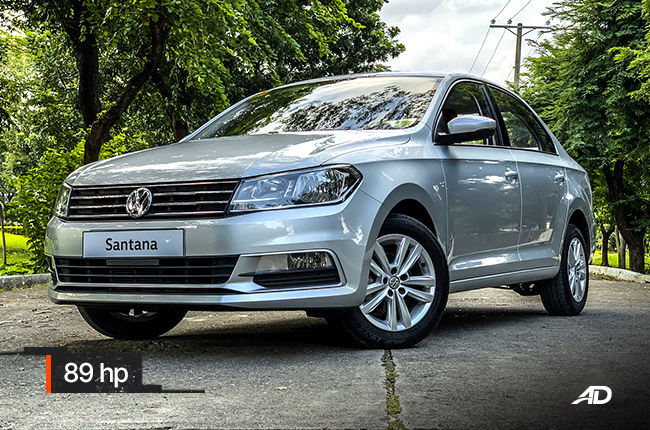 Another affordable option for those who want a European-inspired vehicle is the Volkswagen Santana. It offers a no-nonsense interior with the right amount of features that you would look for in a daily driver. It is competitively priced at P948,000 and should be on your shortlist of sedans to buy. 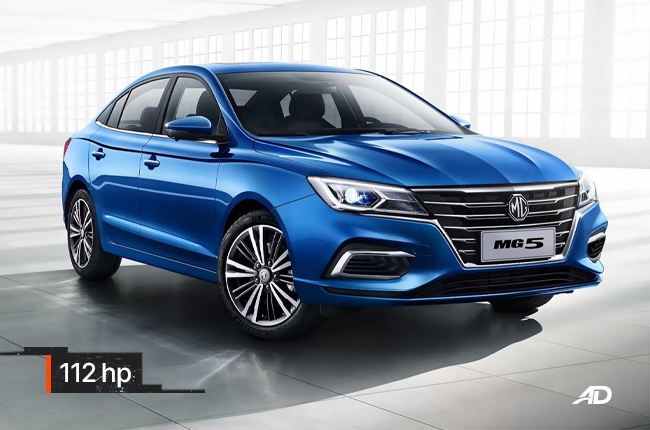 Another disruptor of the sedan segment is the MG 5. It offers buyers a plethora of advanced technologies that were at the time new to the segment. While this sedan refines what you can get for your money, it lands in the 4th spot as its price slightly overpowers its horsepower output. It's still a great buy for those looking to get a tech-packed vehicle. 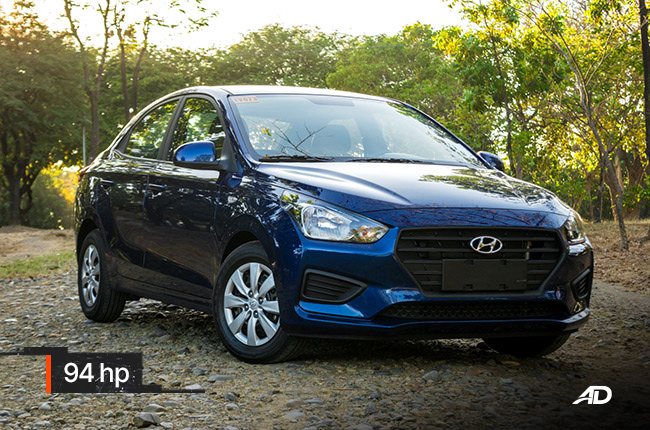 Entering the top three, we have the Hyundai Reina. Unlike its twin the Soluto, this sedan comes with a much more affordable price tag. Design to fit those on a budget, it fulfills the needs of a reliable commuter and more. It also gives a great peso to horsepower ratio if you want to get the most power for your money. Granted it isn’t the most powerful vehicle in its segment, but it is a great frugal daily driver. 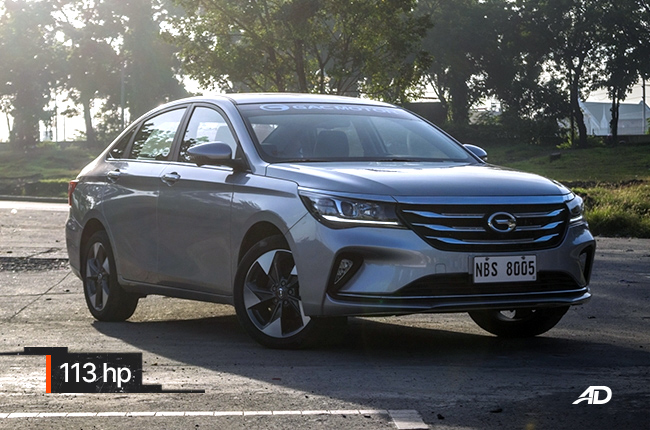 Taking the second spot is the GAC GA4, another disruptor of the segment, the GAC sedan wants to redefine what you can get for your money. It has proven itself to be a reliable vehicle, with the automaker entering an endurance race. If you want a race-proven daily vehicle, then the GA4 might just be up your alley. 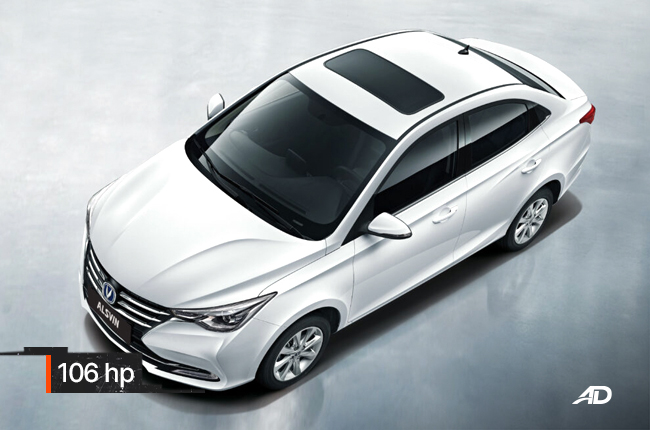 Finally, taking the top spot is the Changan Alsvin as it gives you the best peso to horsepower ratio. While it isn't the most powerful vehicle in its segment, it delivers in being a comfortable and affordable daily driver. It even comes with a sunroof and a frugal powerplant to boot.

In case you were wondering where the crowd favorites of the Mitsubishi Mirage and Nissan Almera stand in all of this peso per horsepower madness, this is where the two stand.