While there are plenty of drivers traversing our roads today, one sad reality is that, whether we like it or not, not all drivers know how to properly use their brakes. It’s alarming to come face to face with this reality knowing that some accidents are caused when drivers miscalculate their following distances as well as their braking distance. With that said, to help you avoid such mishaps, you will need to take note of how to properly brake and when you should exactly press your brake pedal.

While advancements in technology have made vehicles easier to drive and much safer than they were before, nothing will beat a skilled and knowledgeable driver. With that out of the way, here are a few things you will need to know for you to hit the brakes like a pro. 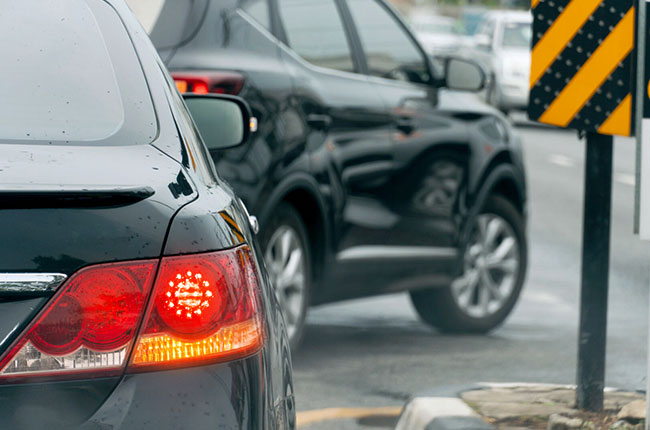 The need to hit the brake sharply means the lack of attention to the road. If you find yourself having to floor the pedal to avoid hitting the car in front of you, it's probably because you're driving too close or too fast. With this said, you need to be mindful of the gap between you and the car in front of you.

Based on studies, a driver would need roughly one and a half seconds to react in desperate situations. You should also know that a modern car with an optimum braking system and tires would require at least seven meters per second squared (7 m/s2). Aside from the speed and distance needed, the road condition plays an important role in your brakes' effectiveness. So, defensive driving is probably your best bet in avoiding accidents.

Brake calmly and apply gradual pressure on the pedal. 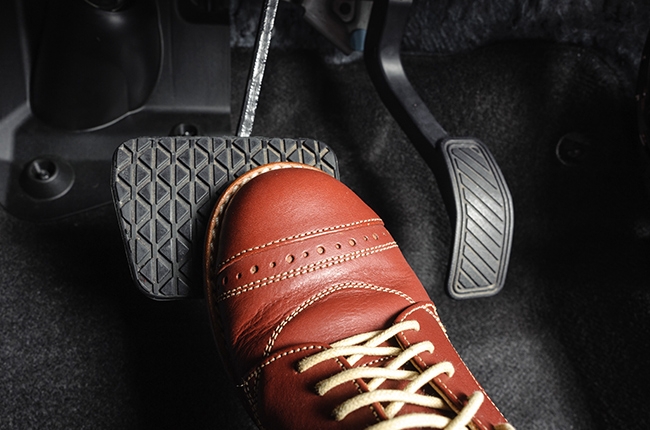 As previously mentioned, hitting the brakes abruptly even with modern technology such as ABS can still be detrimental to you. With that in mind, Some people tend to forget how to properly step on the brakes that they unconsciously (and sometimes not) put hard pressure on the pedals. But, this habit poses a threat to their safety, as well as their passengers and the other cars around them. To brake smoothly, always remember that you need to apply gentle pressure, increasing it to completely stop the vehicle.

Applying hard pressures on the brake is irritating, especially to your passengers as it will toss your passengers forward. Not only that, but you may also end up ruining your rear end, as there is a possibility that the driver behind you has poor reflexes to react on time. A strict rule on braking is don't brake hard on curves as this can lead you to oversteer which is hard to control and recover from for normal drivers. In braking, you need to have 100% control of your car, or else, you'll have a high chance of skidding your vehicle. You don't want this to happen on curves with cliff sides as you'll end up in the mortuary. Yup, results will be harsh but you have to pay the consequences if you don't discipline yourself.

With that said, driving at the right speed and not overtaking on or when approaching a curve is the only way, you can count on to avoid such unfortunate events. Focus on the road and pay close attention to the vehicles around you.

We recommend only using your right foot to brake Whether you're driving a manual or an automatic vehicle, know that the left foot is only designated to the clutch pedal. Unless you are a fully licensed or professional racing driver you will rarely ever need to hit the brakes with your left foot. If you're in an automatic car, your left foot should remain on the footrest, a.k.a. the dead pedal. It's that piece of black elevated non-movable plastic or metal step on the left-most part.

Although it isn't illegal to use your left foot, doing so might result in uneven or abrupt braking – which is kind of uncool. Remember tip number two? Brake calmly and gently. Also, there's a big chance for confusion to happen after switching automatic to manual cars, as you might mistake the brake pedal for the clutch and vice versa.

Flooring the brake pedal would result to skidding. Another reason why you must avoid smashing on the brake pedals is skidding. Sudden braking could cause the wheels to lock, which then results in skidding. Skidding happens when you lose control of your car then it slides on the road. There is a higher risk of skidding on a wet road but that does not mean it can't happen on a dry road.

If, in case, you skid out of inevitable sudden braking, don't press on the pedal too hard. Instead, don't panic and release your foot from the brake pedal and steer towards your skidding direction. Doing this will earn you control than fighting it by braking even longer. 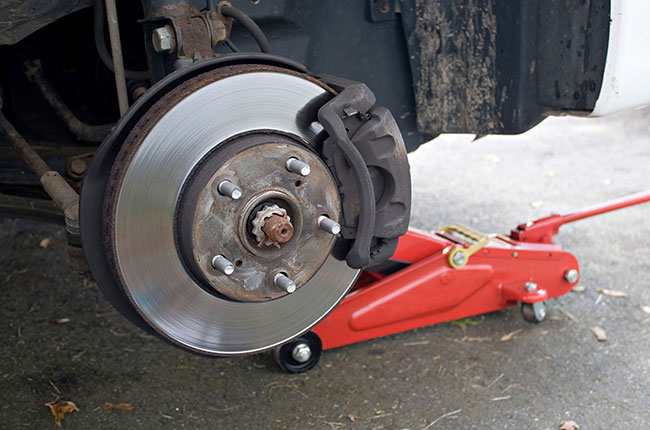 Wet roads are slippery, as there would be less friction between your tires and the road. This is why driving fast in the rain is dangerous and is not recommended to all drivers, both skilled or learning ones. Another thing that water can do is to reduce effectivity of your brakes. Flooded areas will result to wet brake pads, which would increase your stopping distance, specifically at faster speed.

After driving through a flooded section of the road, pump your brakes gently and repeatedly at slow speed once you got out of it. Doing this would dry up your brake pads so you could use them more effectively when needed. It's no secret that a faster vehicle will require extra distance to attain a complete stop. A number of factors aside from speed contributes to this, such as the friction between the tires and the road, inclination, and the air drag of the vehicle. We don't have to go full-mathematician to hand out equations on this to explain it clearly. Rather, here's a guideline of stopping distances given the speed, reaction distance, and road conditions.