Volkswagen is known the world over for their passenger cars, so much so that they are now one of the biggest automotive brands in the world. But did you know that they're also big in motorsports? More specifically, in the World Rally Championship (WRC) with the Polo Hatchback.

Rallying is all about racing against the clock – setting  the fastest possible time from point A to B by extracting every bit of performance from the driver, navigator, and machine. Each turn and obstacle on the course is noted and read by the navigator to the driver as the car progresses through a stage. The driver must then keep the car on the right track while maintaining a blistering pace in order to finish faster than anyone else. And Volkswagen's weapon of choice happens to be a Polo.

In stock format, the Polo Hatchback is powered by a 105 hp 1.6L MPI gasoline engine with a 6-speed automatic transmission. It can also seat 5 adults who can enjoy a 4-speaker sound system and manual air-conditioning. The road-going Polo even has airbags, rear parking distance control, and an anti-theft system.

But to turn it into a championship-winning rally car, Volkswagen Motorsport did more than just put fancy colorful stickers on the Polo. Development started on the Volkswagen Polo R WRC in May of 2011. It took them 2 years of testing and development before it was finally ready for competition.

With wider flares, a large wing, and lightweight wheels, the Polo R WRC is a far cry from its everyday passenger car brother. Its was now powered by a 318 hp 1.6L straight-4 turbocharged engine, mated to a 6-speed sequential transmission that sends all that power to all 4 wheels. This propels the rally car to a top speed of 200 km/h and can accelerate from 0 to 100 km/h in 3.9 seconds... on dirt, gravel, or snow. That’s as fast or even faster than some supercars.

The Polo R WRC, however, only has 2 seats and none of the creature comforts of the road car, not even A/C.

It takes an incredible amount of coordination to keep a turbocharged, 4-wheel drive monster on a dirt road at 100 to 180 km/h. That's why they hired Sébastien Ogier, Jari-Matti Latvala, and Andreas Mikkelsen to do the job for VW.

On their debut season in 2013, the new kids on the block would take the WRC by storm, winning 10 out of the 13 rallies it entered, finishing on the podium 8 more times. Incredibly, Volkswagen secured both the Drivers' and Manufacturers' championship on their first attempt.

The 2014 season would be a title defense for Volkswagen Motorsport. Still carrying the momentum from the previous year, Volkswagen dominated '14 with 12 wins out of the 13 rallies it entered, winning both the Drivers’ and Manufacturers’ championships for the second time in a row.

You may be no Ogier, Latvala, or Mikkelsen, but the next best thing is to drive the road-going version of a world rally champion, the Polo Hatchback. Available at P950,000, it has a similar displacement 1.6L engine (sans the turbo and all the rally-level performance upgrades) as the Polo R WRC. Wouldn’t you want to have your own piece of rallying history? 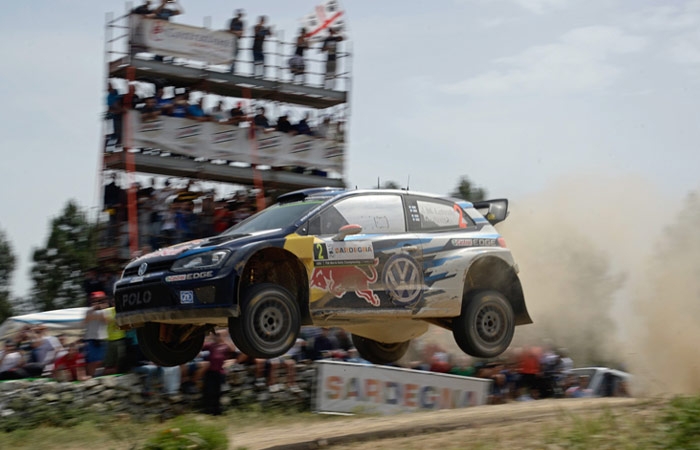