If it wasn’t because of the invention of safety belts, the laws of physics would have taken the lives of more drivers. This piece of basic safety feature, commonly known as seatbelt, is the one responsible for keeping drivers and passengers secured on their seats in the moment of a vehicular crash.

Although it may look simple in appearance, which it actually is, the invention of seatbelt is considered to be one of the most important events in the history of both mankind and the automotive world. Sad truth is, some choose to take it for granted, and it’s our responsibility to remind everyone about how grateful we all should be for this safety feature. 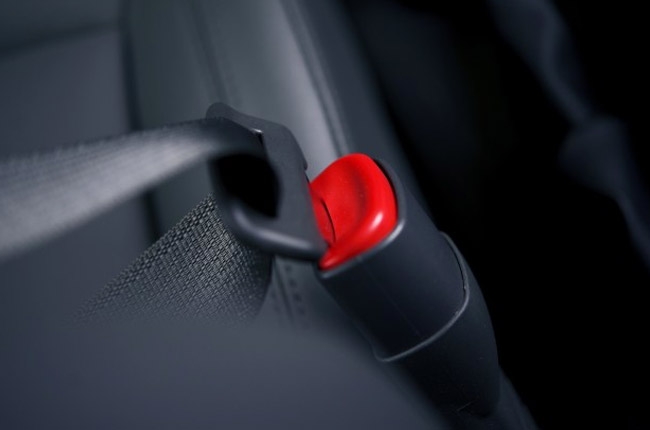 Buckle up and enjoy the flight.

Originally, seatbelts were invented to secure airplane pilots from falling off their gliders. In 1885, seatbelts then landed on New York City taxi cabs, which were the first vehicles to feature lap belts. 1953 then called for all vehicles to be equipped with the said belt, and it wasn’t until 1958, when a Swedish engineer named Nils Bohlin invented what we now are all familiar with – the 3-point seatbelt. If you don’t buckle up, you’ll surely fly.

The 3-point seatbelt is designed to hold your whole body planted on your seat by securing your torso and the lower part of your body. This is achieved with the ingenious combination of the shoulder and lap belt to one simple mechanism, added the retractor. The reason being is that in a car crash, the law of inertia inevitably applies.

The law of inertia states that a body in motion will stay in motion at the constant speed, and in the same direction. In the first few milliseconds before a crash, your body and the car are at the same rate of speed going forward. By the time of the impact, the vehicle experiences a sudden halt, which causes everything inside the cabin to continue along the path on which the car is headed at exactly the same speed before the impact. Backseat buckling – a ‘must’ according to studies

Most people, especially when riding taxi cabs and other ride-hailing services, don’t wear seatbelts. The International Institute for Highway Safety (IIHS) has conducted a test showing an unbuckled rear passenger in a crashing car. During a collision, the person behind could slam on the back of the front seat. The force would be enough to squeeze the front passenger toward the deployed airbag and onto the dashboard.

For the rear seat passenger in the middle, the fate is far more dangerous. A car crashing onto something may become a launching device that could catapult the passenger through the windshield and out of the car. This could result to multiple fractures that could instantly kill the victim.

In 2016, a 20-year old American woman faced the unfortunate consequence of not wearing a seatbelt. The crash had both her and her friend bolstering out of the car, which put the victim in life support. Police report stated that the victim was seated unsecured in the rear, while others who survived were said to be wearing their seatbelts. This is a clear statement that rear passengers should wear seatbelts. There is no doubt that seatbelts are life-savers. However, it is not enough to secure younger passengers that are not big enough. In fact, seatbelts are not advisable to be worn by smaller kids due to its standard size. The opening of the web and the height of the lap belt are the common issues of seatbelts on shorter children.

Seatbelts may inflict injuries known as the "seatbelt syndrome," which are intra-abdominal injuries or thoraco-lumbar vertebral fractures caused by the safety belt's webbing. This happens when seatbelts are not worn properly, which are more likely to happen in shorter children. There's a solution, though, which is known as ISOFIX.

Basically, ISOFIX is the international standard feature for attaching child safety seats. They are the metal anchorage in the passenger cars' seats, which are often concealed inside a detachable lumbar cover. Before ISOFIX, child seats were secured by latching the seatbelts on them. This method gives little to no security in gripping the child seats during the event of a collision. In a study conducted in New Orleans, U.S. regarding seatbelt use, only 5.4% of 1,103 subjects were observed to be actually wearing their seatbelts. In support to this, the test examination conducted by the IIHS revealed that the common reason why passengers don’t wear seatbelts is the distance of travel.

Some people, on the other hand, don't wear seatbelts because they rely solely on airbags. However, airbags aren't designed to hold the driver or passenger in position during an accident – that's the job of the seatbelt. Seatbelt restricts the person's body from projecting forward and sideward, which means there is less force from the body when hitting the airbag.

A lot of things can happen even in short-distance drive. It is not worth to risk driving without wearing the seatbelt for it only takes seconds to buckle up. Don't trade seconds of fastening your seatbelt to a life-long regret; exercise the habit of wearing your seatbelt. As such, buckle up for safety.