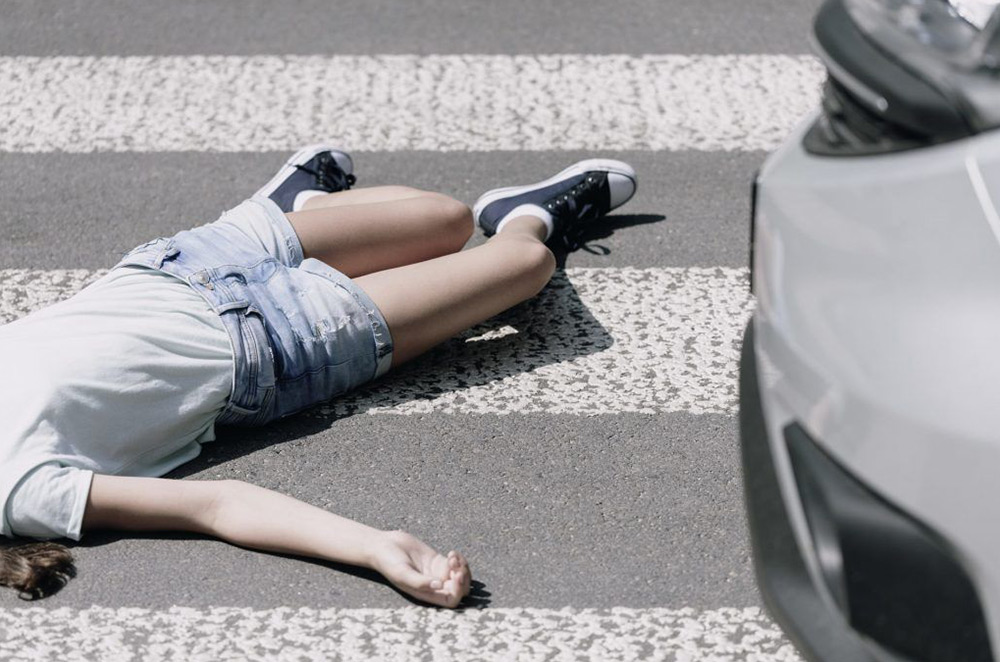 Hitting someone in a pedestrian crossing can be one of the scariest experiences a motorist can encounter. It is after all a human life that you are dealing with and as such should be treated with the utmost care and respect. While it is generally understood that pedestrians have the right of way and that the driver of the vehicle is at fault in these kinds of scenarios, there are instances where the pedestrian could be the one at fault. That being said, as every accident has its own unique set of circumstances, we have created a quick guide for you to follow in the event that you do end up hitting someone crossing a pedestrian lane.

Related: What to do when you get into a car accident 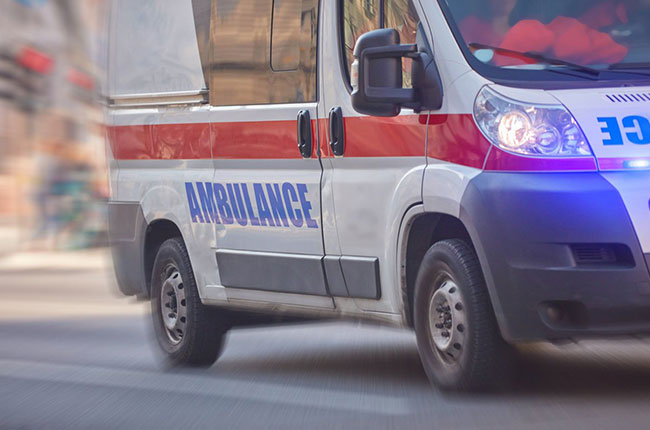 In the event that you do hit a pedestrian that is walking on a crosswalk, you first have to make sure that they are ok. Check to see if they are alright and never leave the scene of the accident, if you do leave the scene of the accident you could be charged with hit and run and could face more severe penalties and possibly even jail time. As soon as you have called for help, do not do more than what is necessary to help the injured pedestrian, wait till the professionals arrive so that they can properly assist the person hit. 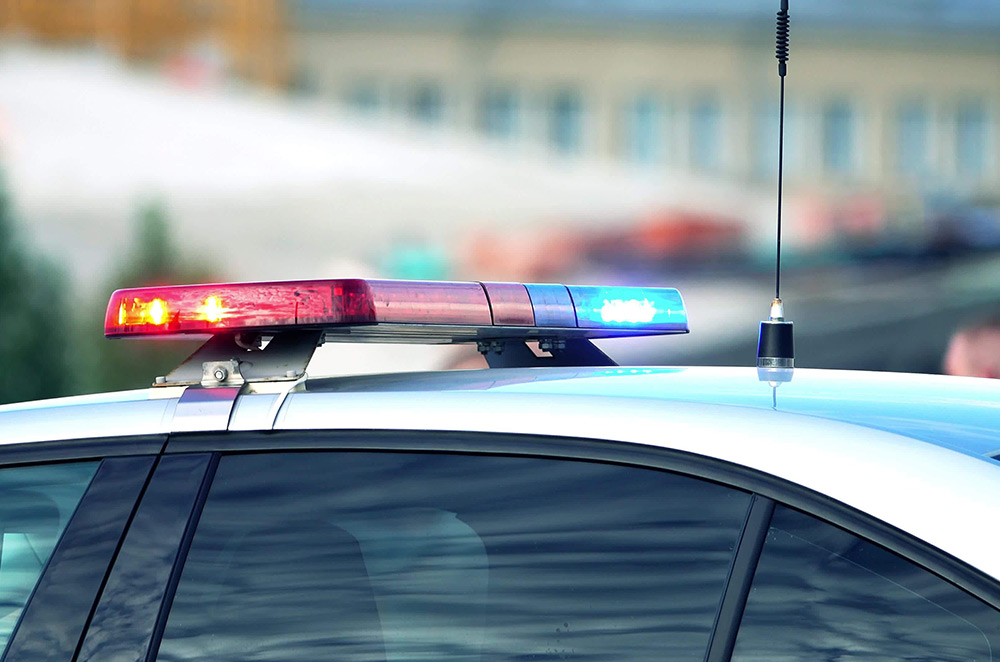 After you have made sure that the pedestrian is ok and that medical assistance is on its way, you then need to call the police. This will help you later on especially when it comes to your car insurance policy that could help you pay for the medical bills of the person you hit if you are found to be at fault. Taking the police’s official statement can also help you later on in the event that you face legal repercussions.

At this point, you may also want to contact your lawyer or legal counsel as they can help you with the legalities later on. Make sure that you also don’t apologize just yet to the person you hit as it may imply guilt for the accident even though it may have not been your fault.

Determining who is at fault 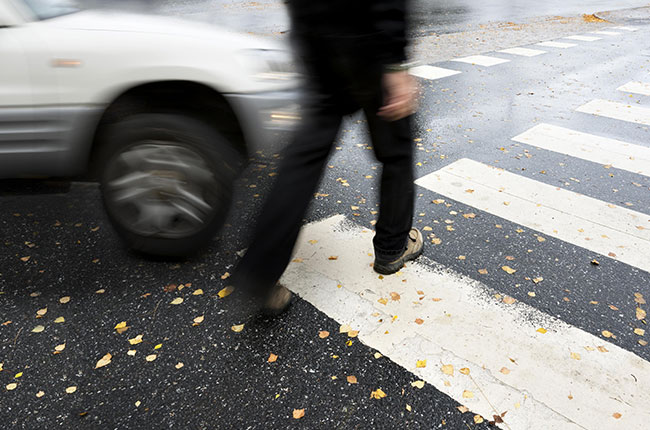 What was the driver doing at the time of the accident?

To help determine who is legally liable in a pedestrian accident you will first need to look at what the driver was doing at the time of the accident. Consider the following:

What was the pedestrian doing at the time of the accident?

It is important to note that under RA No. 4136, Article III, Section 42 (c) states that the driver of any vehicle must yield the right of way to a pedestrian crossing any road as long as they are within a crosswalk. That’s unless there’s a traffic enforcer or traffic signal in place then the movement of traffic will be determined by the enforcer or stoplight. Pedestrians crossing elsewhere, on the other hand, will have to give the right of way to the vehicle. 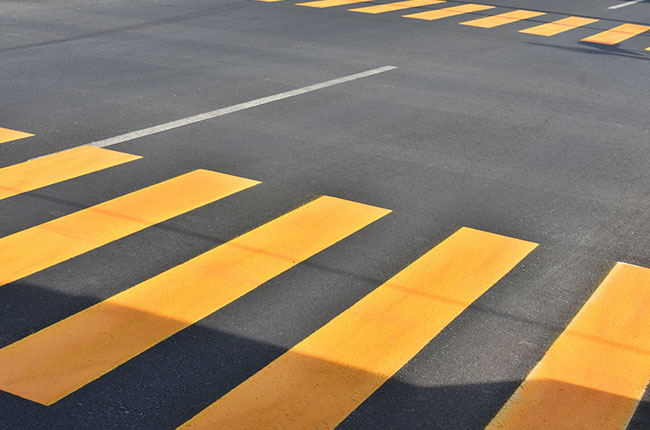 There are certain scenarios where both the pedestrian and the driver can be at fault for the accident. An example of this would be if the driver was speeding and a pedestrian was jaywalking and they ended up in a collision. In this case, it will be up to the police to decide on who was at fault as both parties are equally liable in this situation. In the event that you do end up hitting a pedestrian, they can sue you for damages. However, the results of the lawsuit will still depend on who is found to be at fault for the accident. An alternative to this situation is a settlement with the pedestrian, with the amount being dictated by several different factors. With that said, it is hard to pinpoint an exact amount as each incident will have different things to consider. The pedestrian may charge you for their medical and legal expenses among other things on top of the settlement amount.

Conversely, as the driver, you can also sue the pedestrian if they are found to be guilty of causing the accident. You can sue them for any medical bills you might incur, along with the cost of emergency transport and the cost of disabling accessibility modifications to your home or vehicle.

In any case, it’s still best to seek legal advice whether you are the driver of the vehicle or the pedestrian in the accident. A good lawyer will be able to prove the percentage of fault in the accident and can help you negotiate the best possible settlement.