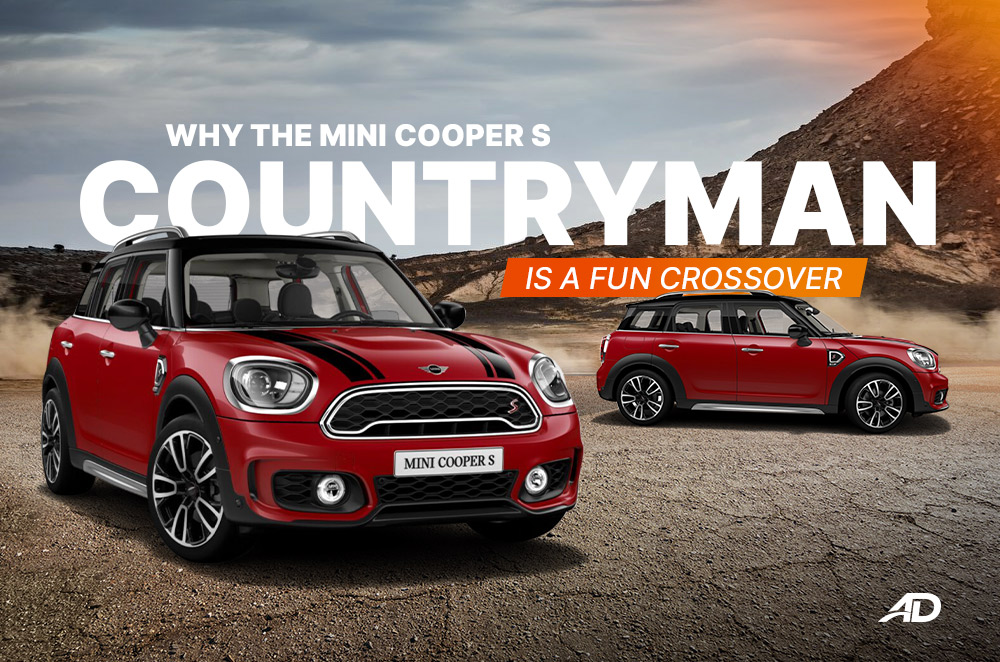 The MINI Cooper S Countryman stands in the brand’s lineup of vehicles as the “bigger brother” to the rest of its smaller hatchback siblings. It still carries the distinctively MINI design language but adapts it well to its much bigger dimensions. That being said, is the much bigger Countryman just as fun as its other counterparts? Does it still have the same MINI handling characteristics that many have come to expect from the brand’s lineup of cars? We answer those questions and more to see if the MINI Countryman really is a fun crossover.

Power under the hood 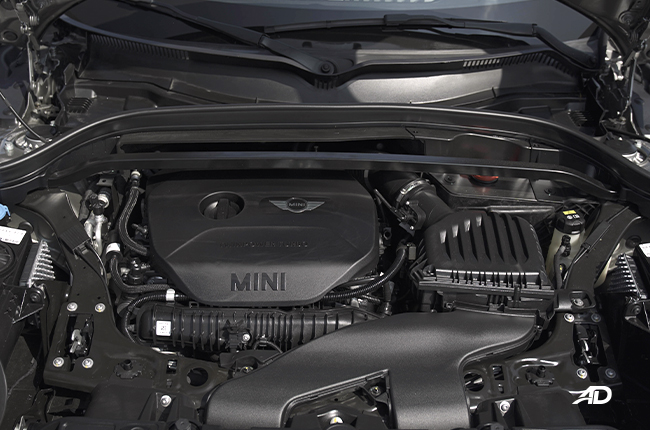 At the heart of the MINI Cooper S Countryman is a turbocharged 2.0-liter gasoline engine. The power plant produces 192 hp and 280 Nm of torque mated to an 8-speed Steptronic automatic transmission. This is more than enough to rocket the crossover to ridiculous speeds and all the way to its top speed of 224 km/h. With such great power at the ready, this gives it the formula of being a nippy crossover. However, unlike its hatchback brethren, the Countryman does it a little bit differently.

Power delivery for the Countryman is smooth and kicks it towards the upper half of the rev range. This allows the crossover to quickly accelerate without it being a jarring experience. If a much tamer and more subdued driving is experience is what you are after, the 8-speed Steptronic will happily give it to you. It will also give you a smooth and seamless shifting experience that pairs well with the already refined engine. For a vehicle of its size, the MINI Cooper S Countryman handles well for a crossover. Its suspension may be a bit on the bouncy side, however, it just adds to its sportier characteristics. The suspension is stiffer as it helps mitigate the body roll often found in much larger vehicles. While not for everyone the handling characteristics of the Countryman are ideal for those who are a little sprier and want a vehicle with a little bit of a spring in its step. If sporty is what you aim for then this MINI has got what it takes to impress you. A neat party trick that the MINI Cooper S Countryman has is its pull-out rear seat located on the tailgate of the vehicle. It provides a great place to sit and relax if you are on an outdoor excursion or a general place to just get some fresh air. The hatch also provides a convenient roof in the event that it starts to rain. Nevertheless, still, a great feature to have and we are happy that MINI has thought to add it to its crossover. 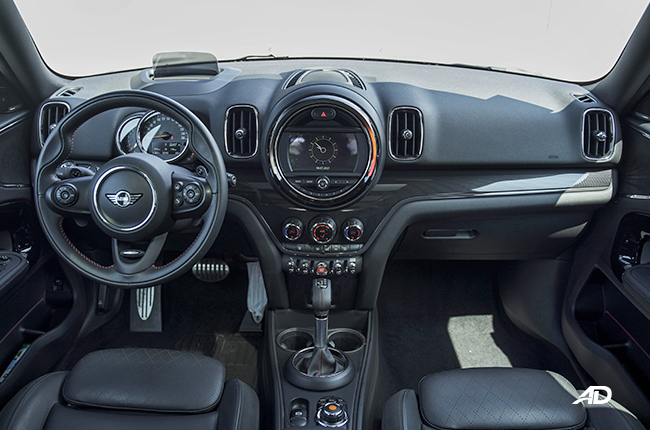 As a bit of a backgrounder, the original MINI Cooper came with its instrument cluster found in the middle. Years later and with its newer models, the automaker has chosen to stick with this design language even for its Countryman crossover. You get an unconventional gauge cluster that has separate housings for the speedometer and tachometer, along with switches and toggles instead of the conventional array of buttons. This goes to show that MINI has stuck to its guns with this vehicle and has found its own niche in the segment. If you want a vehicle that has heritage behind its design and has a unique interior layout, then the MINI Cooper S Countryman is ready to answer that call. While the rest of the MINI Cooper range is composed of sleek hatchbacks, the Countryman takes it a step further and is much bigger and bulkier than the rest of its siblings. It still takes the same design philosophy as its brethren but adds a bit of a muscular feel to it. The crossover comes with its own set of headlights, an aggressive front bumper to match its bigger looks, and a healthy amount of ground clearance (160 mm) just to help distinguish it from its hatchback counterparts. All things considered, the Countryman delivers just the right balance of its MINI design language to adapt to its much bigger frame.