Toyota launches the global version of the all-new 2020 Yaris. While it heavily differs from the local and U.S. versions of the popular hatchback, it does give hints as to what Toyota Philippines could do to upgrade the current generation of the Vios-based Yaris sold locally. First on the list of countries that the Yaris is going to be sold in is Japan and it will officially hit the Japanese market by mid-February of 2020.

The all-new global version of the Yaris rides on Toyota’s new TNGA-B global platform. The hatchback also brings three new engine options to choose from. Being an all-new vehicle Toyota has also decided to give the hatchback a rework in terms of wheelbase length, height, and width. 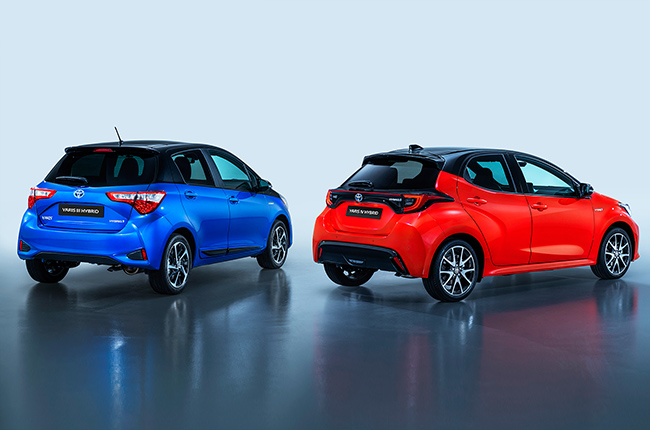 The all-new subcompact hatch now rides on a two-inch longer wheelbase, however, it is now 0.2-inches shorter in terms of height compared to the previous global model. Thanks to its new platform, it is also now two-inches wider, which now gives the car better exterior proportions. Despite the loss in height, however, the Yaris still manages to retain the same headroom of the current global generation, thanks in part to a much lower seating position. Aside from the exterior’s rework the interior also gets some love. The inside of the new global Yaris now includes a large touchscreen right at the center of the dashboard. The hatchback also now has a 10-inch heads-up display, ideal for those who want to focus on the road more.

As mentioned earlier, the all-new Yaris will have three engine options that come in a three-cylinder layout. Two of the engines are reportedly a 1.0-liter and a 1.5-liter, both being gasoline fed. The third option is a 1.5-liter engine that comes electrically assisted and is said to make more power than the current hybrid version of the Yaris.

For the hybrid version of the hatchback, a new lithium-ion battery pack takes the place of the old hybrid’s nickel-metal hydride. With the new battery pack, Toyota says that it will improve performance and at the same time reduce the weight of the pack itself. The Japanese automotive manufacturer notes that the new battery pack is 27 percent lighter than the previous iteration.

If Toyota Motor Philippines (TMP) decides to bring in the global version of the Yaris it could make the local hatchback market interesting. TMP is not a stranger to the hybrid vehicle market, as it recently added the hybrid Corolla Altis to its lineup on top of the existing Prius. Bring in a hybrid Yaris with a competitive price point could give them an advantage in the hatchback segment.

We're not sure if Toyota will indeed bring the global-spec Yaris to the Philippines or if it will stick to its current formula. One thing’s for sure – we’ll be on our toes for further developments from TMP.