The Veloster, ever since it got locally introduced in 2016, stole a number of attention with its unique sporty hatchback body that sits low to the ground. The thick rear-end makes it look intimidating from behind. First time we've seen it, we couldn't help but widen our eyes, and we even borrowed one to have it amuse ourselves.

However, there are a few things that throw us off regarding the Veloster's exterior design. Of course, the overall shape of the body is unique and all, but the front end is not as fierce as the rear. We think it's a bit too curvy to start with, not to mention that it's too flat. The grille is wide, enough to make it look like it's giving the expression of awe. It's not that it looks awful, it's just that we know Hyundai can better their own creation. 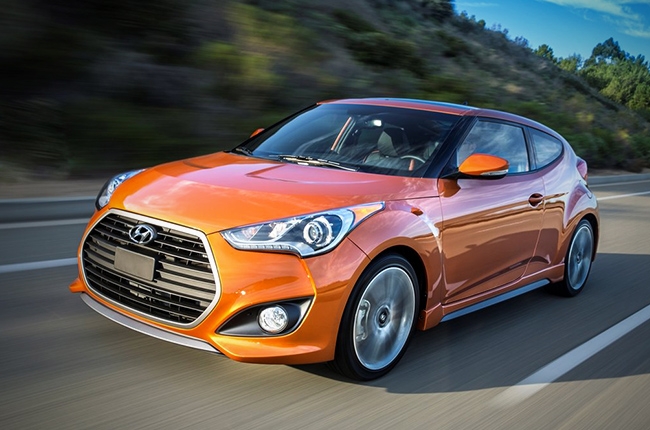 Let's wind it forward to 2018 and our thoughts got mugged by Hyundai – it brought out a more accurate and appropriate exterior design for the 'Veloster' nameplate, just as how most people envision it. Well, in case you missed it, Hyundai Asia Resources Inc. (HARI) displayed the all-new Veloster at this year's Manila International Auto Show (MIAS) and we got swept off our feet. You don't have to ask us, we love how the 2nd-gen Veloster turned out. From front to rear, side to side, inside and out – this Veloster is like a fully-evolved creature out of a cocoon shell (at least, that's how we felt about it). The headlights were made smaller but angrier; the grille now got this depth that pulls it away from the fascia; and the air vents are sportier.

It's basically a new breed, like comparing a Mark II Iron Man suit to a Mark III (both far from a Mark I suit, which is the worst possible way a car design could come out).

Side profiles of both generations aren't that far when compared side-by-side. The hood appears to be longer on the 2018 model. In addition, the outgoing model has curved down front end, while the newer one has this edgy outline. You can still observe the asymmetrical door layout by aligning the B-pillar on sight – although the shape of the rear door changed, as it has gotten wider. 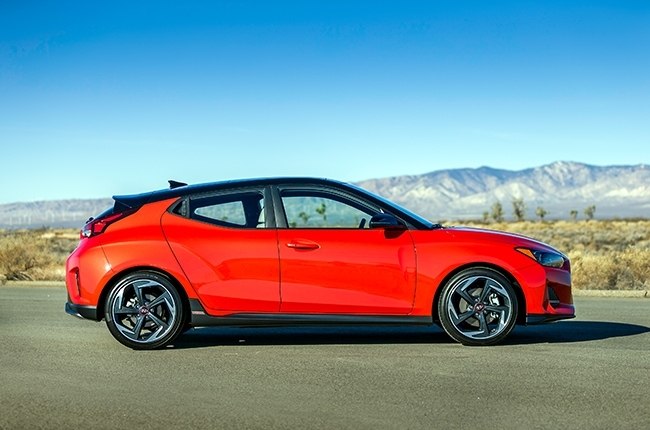 If you're to view it from behind, you'll think the two are completely different models – just as how it feels from the front. The taillights are completely reshaped, the central twin exhausts are smaller and lower than the ones on the outgoing model, and even the rear reflector vents were changed. The bad news is you still get scanty rear window, but that's all. 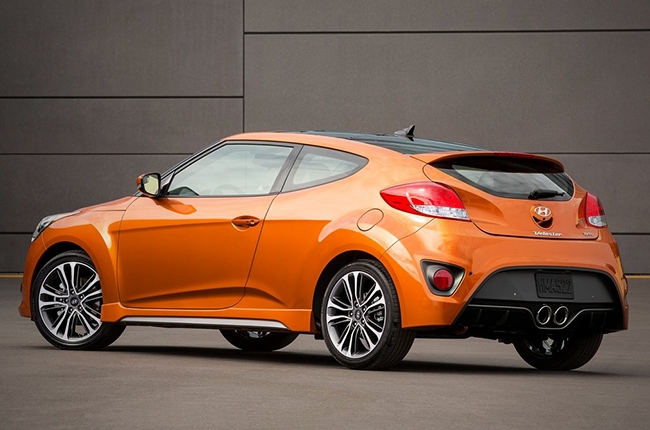 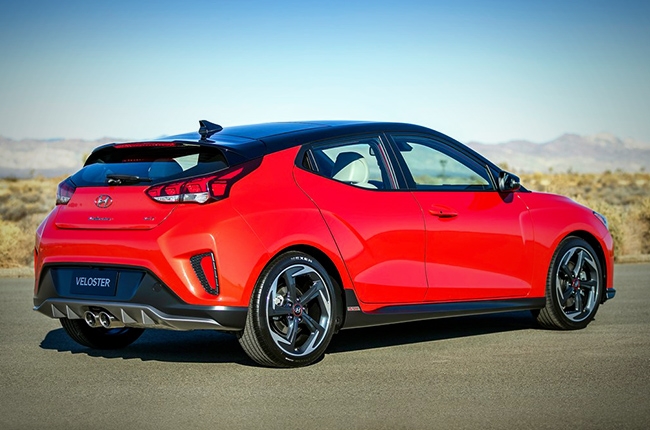 Meanwhile, the interior of the 2018 Veloster also saw major changes. You won't be greeted by a big curvy slab of dashboard anymore, as the new design is more linear. The center console is simpler due to the repositioning of controls and dials. The main star of the dashboard, though, is the floating touchscreen display. 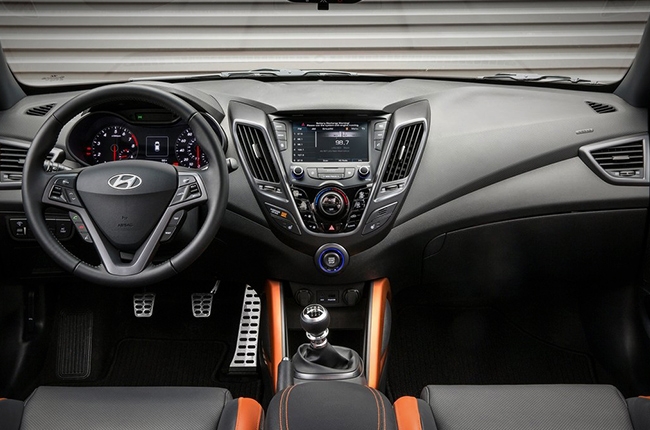 As far as power is concerned, the all-new Veloster adopts the same engine that runs under the hood of the outgoing model. That’s the 1.6-liter T-GDi turbocharged gasoline engine that can put out 204 hp and 265 Nm. Same goes with transmission, as the 2018 model still has a 7-speed dual clutch gearbox. All we can say is that Hyundai did a great job in justifying the 'Veloster' nameplate. It's too fierce of a name to be messing around with. The 2018 Veloster retails at P1,798,000, which is P190,000 more than the outgoing one. Well, it’s a price tag you'd have to deal with if you're aiming for a sporty car.