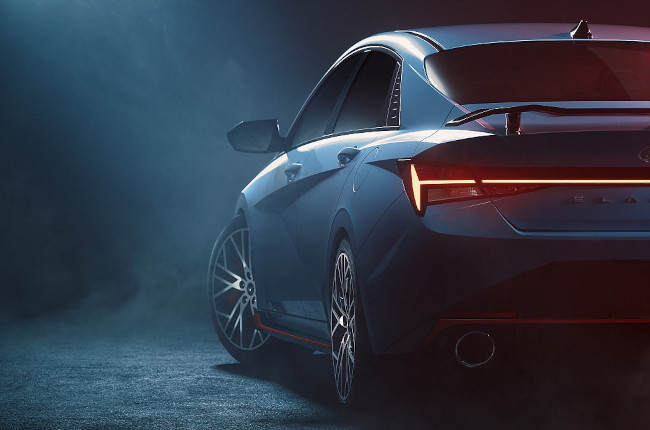 Hyundai Philippines no longer sell the Elantra, which could mean that a new model is on its way to the country—hopefully. While we’re not going to hold our breaths, cross our fingers, and hope that a new compact sedan will come, it’s still a well-known fact that the new Elantra does tickle our fancy quite a bit.

We will say this though, “Tickling our fancy quite a bit” will change to straight-up lusting once the Elantra N is shown to the world.

Hyundai is not shy when it comes to its designs, and the Elantra on its own is quite the sight, and when it was revealed, it turned out to be one of the more radical redesigns in the compact sedan segment. The ‘N’ is akin to the Type R models from Honda. More power, more torque, and more go-fast bits set the special ‘N’ models apart from the regular crop of vehicles.

Related: Hyundai and Kia to move away from internal combustion engines 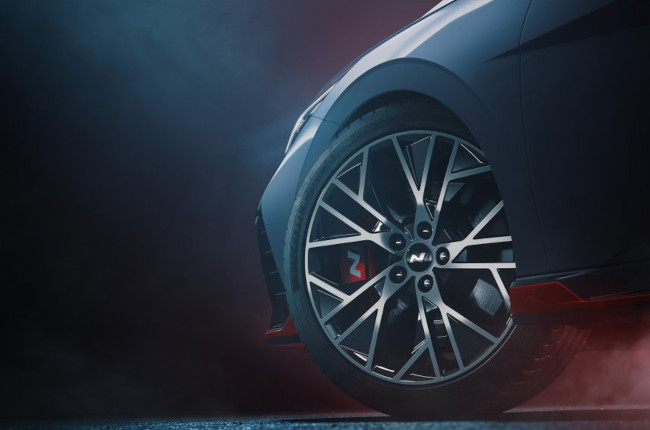 After quite a few leaks and rumors surrounding this model, Hyundai has come clean, but with teaser photos that show quite a bit of the car. For starters, the South Korean brand showcased a rear quarter shot of the Elantra N, putting the rear taillight front and center. From this angle, we also see red accents on the side skirts as well as one of likely two rear exhaust tips. We can also spot a rear spoiler that’s not too aggressive, but enough to pique interests.

As for the other shot, we can see that the model will get a special set of wheels. They appear to be dual-tone, with silver and black colors making up the finish. Other than that, we get special ‘N’ badging on the center caps of the rim. Inside those shoes sit a set of big brakes with the ‘N’ logo shown in full. It appears to be an 18-inch set, which is a common size that quite a few compact sedans adopt.

As for its specifications, the ‘N’ should come with a 2.0-liter turbocharged inline-four, the same one from the Veloster N. It’s expected to make about 271 hp and 392 Nm of torque mated to a 6-speed manual gearbox, or 8-speed dual-clutch transmission. We expect that the manual will be more fun to drive in a straight line, but even more fun in the corners, given active dampers, and a limited-slip differential.

“Elantra N is a high-performance sedan that reveals the sportier side of our exceptional all-new Elantra through exciting N brand enhancements. We designed it to be a race-proven sportscar with dynamic driving capabilities and style that performance enthusiasts love. I can’t wait to unveil Elantra N, an outstanding addition to the N brand lineup that offers pulse-pounding performance. Stay tuned for the digital world premiere.”
Till Wartenberg
Vice president of N brand Management & motorsport sub-division, Hyundai Motor Company

Even after all these teasers, Hyundai still hasn’t revealed when the big reveal will happen. Could be a few weeks to a month, but it’s yet another exciting performance model from the brand.