The subcompact sedan segment is typically dominated by the likes of the Toyota Vios, Honda City, and the Mitsubishi Mirage G4. They each bring their own unique set of features and come with a wide range of price points to fit almost anyone’s budget. That being said, MG Philippines shook things up back when the ‘5’ was first launched. While we already have a review of the top-of-the-line MG 5 Alpha model and the mid-range Style variant, the automaker recently widened the variant pool for the sedan by adding this into the mix, the MG 5 Core Plus CVT.

It takes the basic needs that the Core model covers and adds a few more features into the mix that make the car an even more tempting choice to get. That said, on to the review as we check out what the MG 5 Core Plus CVT has to offer.

Performance
Engine Output (HP), Acceleration, Transmission, Handling 3.5/5
Design
Exterior & Interior Design, Quality, Fit and Finish, Ergonomics 4.0/5
Ride Comfort
Cabin Comfort, Suspension, NVH Insulation 4.0/5
Safety and Technology
Convenience Technologies, Active and Passive Safety Features 4.0/5
Value for Money
Amount of the vehicle you get for the price, Fuel Efficiency 4.5/5
What You Will Like
What You Won't Like
How We Do Our Reviews 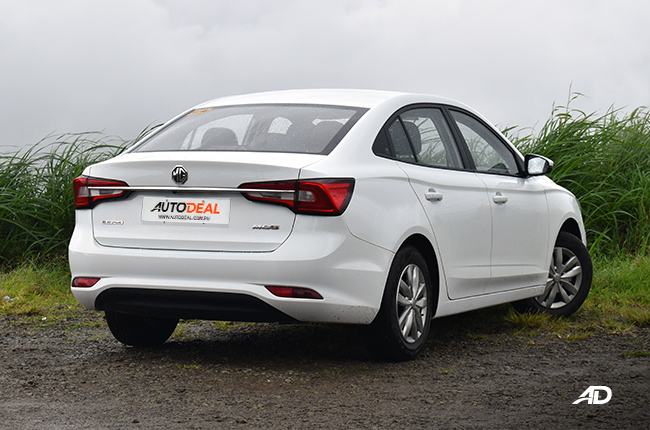 It's typical MG 5 styling on the outside, you get large sleek headlights mixed in with an equally large chrome grille. Notably unlike the Alpha model, this variant does not come with LED daytime running lights or fog lights, it's just multi-reflector headlights all the way. Aesthetically speaking it still looks no different from the rest of the lower variants of the MG 5. There is no sunroof here as this is after all the lower mid variant.

One thing we noticed is that despite having steel wheels is that it doesn't come with the typical design one would expect from it. Under its wheel covers, the MG 5 Core Plus comes with a 5-spoke steel wheel underneath which we thought was pretty great as it helps improve the cooling of the brakes of the vehicle compared to the small holes found in the typical design.

At the back, it was again typical MG 5 styling with not much going on in terms of lighting. Overall, you can tell the variant was built to a budget but it had a few surprising quirks to it that helped elevate it a bit over what one would expect. There is no leather here as the MG 5 Core Plus only comes with black fabric seats. The dashboard remains largely the same as the rest of the variants as it has durable plastics all around and a few soft-touch materials here and there. Just like the Alpha version of the sedan, this mid-tier trim-level also gets a large infotainment system but has a different operating system which we will talk about later. The dashboard still carries a minimalist design with a silver accent that stretches across from the air vents on either side. It also comes with analog gauges and a digital trip computer easy an easy-to-read font. One thing we do have to note is that the gear shifter comes with piano black plastics which look good but scratch very easily. The climate controls come in the form of dials which are easy to use and easy to understand.

As for the second row, it's a pretty plain experience with not many toys found at the rear. It's just bottle holders on either side and a cubby hole found in the center console. There are no seat pockets as well which would have been nice for extra storage. 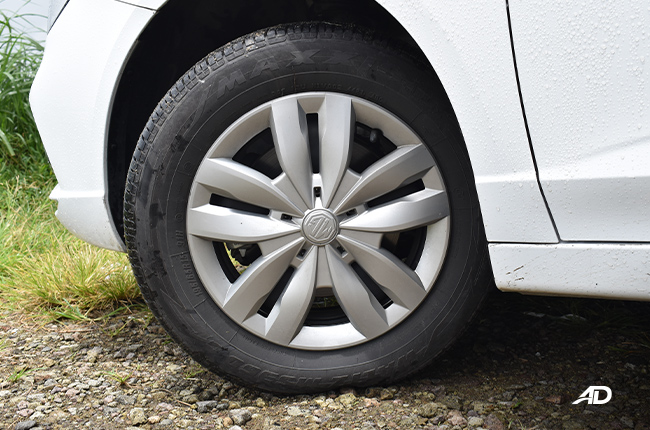 The ride of the MG 5 is pretty good for a sedan, the thick tires help the suspension absorb road imperfections well and the seats do a good job of cradling you while on the road. One thing we did notice is that there was no height adjustment for the front seats which made it a bit difficult to get into the correct driving position for shorter drivers, nevertheless, the seats still move backward and forwards with the backrest being adjustable as well.

As for the rear, it's pretty much the same story as the front with a more upright sitting position to help maximize the space inside the car. The transmission tunnel is nice and low giving the middle passenger a bit more legroom when needed. The rear of the vehicle can also easily fit at least three regular adults without any problems. At the heart of the dashboard of the MG 5 resides a 10-inch infotainment system that has Apple CarPlay and Android Auto. This large screen also doubles as a reverse camera screen when backing up. One thing to note is that the operating system it uses is Android-based, which means that if you’re good with technology you can install apps on it such as Waze, Netflix, and even YouTube. This makes it ideal for entertaining while at a complete stop. The resolution is decent, but it does get blown out by bright lights. The head unit itself is responsive enough but there is a bit of a delay when using Android Auto and the Waze application at the same time.

Moving on to safety, the MG 5 Core Plus comes with the industry standard, which means that the sedan gets dual front airbags and ABS with EBD. It also gets electronic stability control, brake assist, a tire pressure monitoring system, and ISOFIX tethers. Overall a great set of features, but we wish it had more airbags available similar to how many its Japanese rival the Toyota Vios has. After spending time with the MG 5 testing it in various conditions such as in the city in traffic, cruising on the highway, and taking on the provincial roads of Tagaytay, we found it to be very forgiving and easy to use. We think this is in part due to the “Brit dynamic” electronic stability control program found in the vehicle that keeps you safe at all times. If the car detects that it is beginning to understeer or if you are losing control it will help you regain control by cutting power or applying a bit of brake to the front wheels. This helps the sedan rotate a bit and keep you safe which is great, especially for newer drivers.

It's no sports car but it can handle the twist and turns with ease, the CVT is great for fuel economy but reels in the power. The best way you can eek performance out of the car is if you gently feed the throttle in and give time for the transmission to find a good ratio to stick with. Once it's locked it is smooth sailing from there and the car will begin to function like a traditional automatic. As for its manual mode, it isn’t quick on the draw so it's best to leave it in drive and let the CVT do its thing for you. The entire MG 5 lineup is powered by a 1.5-liter naturally aspirated gasoline engine. This produces  112hp and 150 Nm of torque which is great as the vehicle is one of the largest in its segment. Power delivery is linear until the middle rev range where the torque begins to slowly die off past 4,500rpm. It's understandable as most modern fuel-efficient gasoline engines are tuned this way. That being said, the MG sedan can get around 9km/L in the city if you aren’t heavy to the gas pedal and around 15.6km/L on the highway at an average speed of around 90km/h. Overall not bad and these figures a pretty close to the ones MG Philippines got with its test with the Automobile Association of the Philippines. Granted, we think they had a much lower average speed throughout their testing. We understand that not everyone can buy the top-of-the-line model, this is why automakers create low and mid variants to address the needs of buyers. That being said, the MG 5 faces some stiff competition, especially against the lower versions of its Japanese rivals such as the Toyota Vios XE CVT in terms of price. However, this is where MG shines as the sedan is priced at P738,888 which is a steal especially compared to its competitors. This means that the MG 5 Core Plus undercuts its Vios rival by about 30,000 which can be a big deal for those who are working on a tight budget.

Overall the MG 5 strikes a balance between what you need and what you could want in a sedan. It may not have the alloy wheels or the LED lighting but it more than makes up for it with a huge infotainment system and smartphone connectivity. Lest we forget it also comes with decent power under the hood and with decent fuel economy figures as well. If your budget is around P750,000 then this is the vehicle to get as it offers you so much for a fair price. 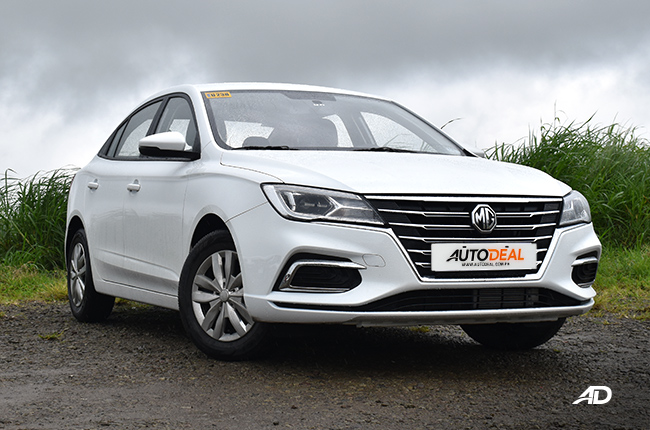 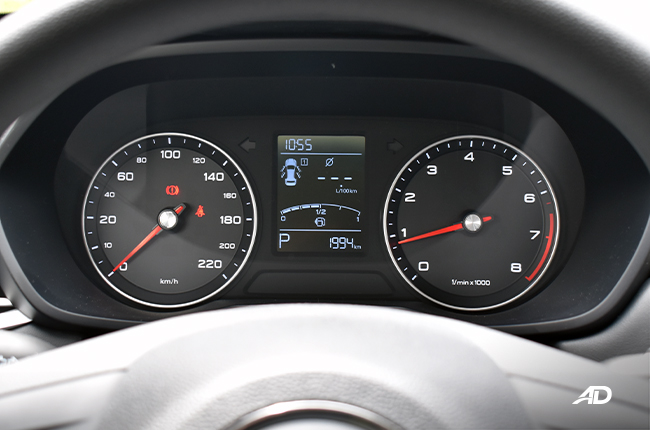 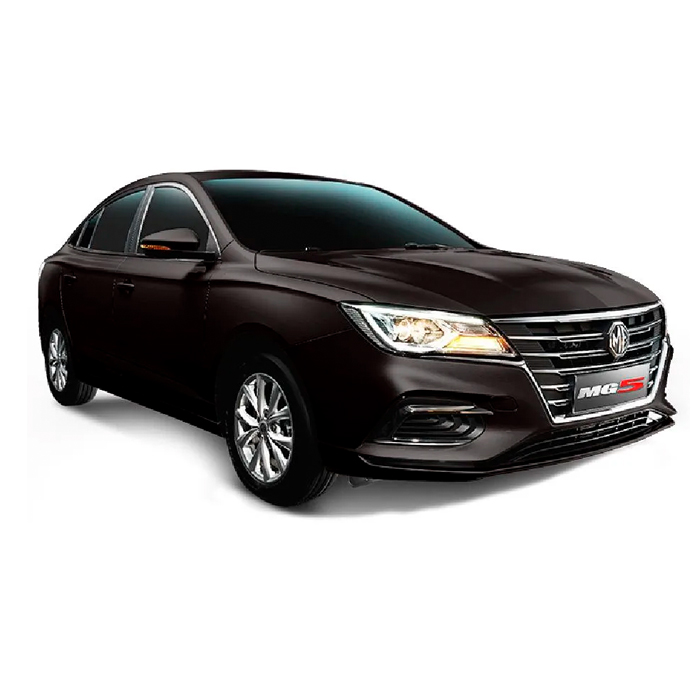 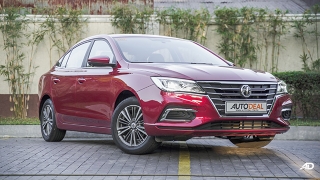