The MINI Cooper was once a simple back-to-basics car that is now an automotive icon of the new age. Set to be the Original Mini our grandfathers have to live up to, the New MINI sports a much more action-packed facelift with emphasis on driving fun and looking awesome at it. Pulling heaps of inspiration from its predecessor, The MINI Cooper stands a bit taller and wider, yet still possesses that distinct “go-kart” aura its lineage is well known for. On-board, the Cooper seats four people in standard leather seats, and despite its small size, it still has ample head/legroom. An array of cool entertainment and connectivity features are also present in the New MINI, and most can be managed via the car’s huge round center-mounted instrument panel. The Cooper comes alive with pure go-kart DNA via either a 1.5L inline 3-cylinder 12-valve turbo or a 2.0L inline 4-cylinder 16-valve turbo, fused to a 7-Speed Steptronic with Manual Mode. Fast, light-weight, and agile, the MINI Cooper redefines itself for the 21st century in style and pure driving fun.

Based on the BMW UKL1 platform, the MINI Cooper can be had as a 2-door, 3-door, and 5-door convertible or hatchback. BMW's UKL platform is utilized by entry-level models in the German manufacturer's portfolio. The modular architecture lends itself well to many cars in the automaker's lineup, being able to feature front-wheel-drive and all-wheel-drivetrains. The engine layout of this particular platform is transverse, which means that it has a front-wheel bias. This allows for more space in the cabin while retaining compact dimensions.

Damping duties are taken care of by a pair of MacPherson struts in the front, and a multilink system in the rear. The wheels come in at 17-inches for all models, including the Cooper S and the 5-door.

Customers have a range of engines to choose from in the Cooper lineup. MINI supply either a 1.5-liter Twin-Power Turbo, a 2.0-liter Twin-Power Turbo motor. The smaller mill produces 136 hp and 220 Nm of torque, while the larger of the two makes 192 hp and 280 Nm of torque. Both engines are paired with a 7-speed steptronic dual clutch transmission (DCT), but the S variants of the MINI 3-door and 5-door get a Sports Steptronic DCT. Standard Cooper models have a top speed of 210 km/h, while the more powerful Cooper S models have a top speed of 235 km/h. The drivetrain for either car is front-wheel-drive.

As a premium hatchback, the MINI Cooper model gets a host of tech features. The Cooper is equipped with a Comfort Access System, heated windscreen washer jets, heated exterior mirrors, Park Distance Control (PDC) for the rear, automatic climate control, and cruise control with braking function.

Sporting a modern exterior that remembers the classic cues from the original MINI models, the Cooper series of vehicles is iconic and well-known for its round headlights, large grille, and quirky styling. Albeit larger than the first MINI, modern incarnations of the super-mini feature modern design and materials. Buyers may also avail of a unit with decals to complement the bright colors that their preferred unit will be in. MINI is also quite generous with its accent colors and graphics, often seen with the Union Jack adorning a few elements of the car.

When stepping into the interior of a Mini Cooper, you will be greeted with a very unique rendition of a modern vehicle interior. With art-deco elements and some retro-inspired touches, the MINI Cooper has one of the quirkiest cabins in the industry. It makes a statement with its gauge clusters and its infotainment screen. Instead of a standard and boring rectangle in the center, the modern MINI Cooper features a round halo around the screen, along with several switches, vents, and lights adorning the space not taken up by the infotainment screen.

MINI supplies a bunch of interior upholsteries for customers to also choose from. Leather is a favorite, but the car can also come with other types of materials depending on the trim level or whether the unit is a special edition.

As for cargo space, the Cooper comes with a foldable pair of seats in the rear to help maximize the carrying capacity of the hatchback. For the three and two-door models, the front seats can be pitched and slid forward for easier access to the rear passenger area.

View the most compared cars versus the MINI Cooper 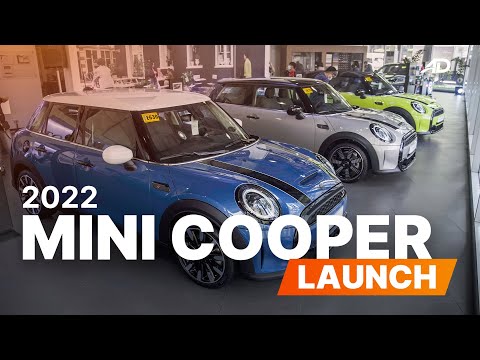 Write a review about your MINI Cooper and help other shoppers decide if this is the car for them. 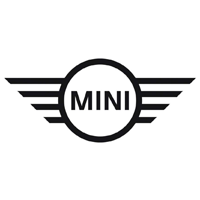 Get Notified for MINI Cooper Alerts