Three-cylinder engines are mainly found in small cars like the Suzuki Celerio or the ever-popular Toyota Wigo. There are other cars as well that have three-bangers in larger displacements such as the Mitsubishi Mirage. You can also find a 3-cylinder in the 1.0-liter version of the Kia Picanto, and these engines can even turbocharged from the likes of BMW, Ford, or Geely. The question is, are these motors enough, or should you go with a 4-cylinder instead?

The quick answer is yes, they are enough for most tasks. Though for the long answer, keep reading. We’ll explain some of the nuances of owning and driving a three-cylinder motor versus the industry favorite 4-cylinder. 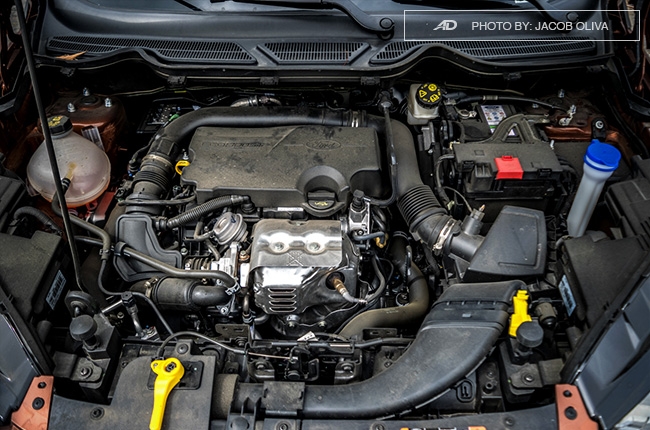 Since there is one less cylinder, the engine can be smaller and can fit into a more compact space. That is why we usually see these motors in small cars, though there are also 3-cylinder motors present on hybrids such as the BMW i8, or the Geely Azkarra. Packaging plays a big part in designing a car. If the engine can be smaller to accommodate more components in the engine bay or drive train, it makes sense. It also helps make the cabin more spacious given that usually small cars with small dimensions can benefit from a compact powerplant. On top of that, it makes the car lighter since there is less metal involved, leading us to our next subject. When it comes to fuel economy, the three-cylinder engine will come out on top in theory. This has to do with the internal friction caused by the moving parts inside the motor. With one less cylinder, internal friction will be lower compared to a four, thus making the engine more efficient in theory. It also helps that the motor has less weight to it since it is missing an extra banger in the block.

Though, this will have to depend on how the engine is designed as well and the weight that it has to lug around. If the car is heavy or loaded, chances are, fuel economy will take a dip, so your mileage may vary, but everything else held constant, inline-3s will be more efficient than inline-4s. Smoothness and consistency are more apparent on 4 cylinder motors. This has to do with the firing order of the pistons. In a four-stroke four-piston engine, for every 90-degree crankshaft rotation, the engine is making power, or rather, a piston is in its power stroke. This results in an engine that is more refined and more consistent throughout its powerband. You also get torque much earlier on, and the engine is not as shaky under load, meaning it is more balanced. This is one of the main reasons why inline-four engines are very widespread in the car industry. It can be made small or large, and there is a piston producing power while the others are either in its intake, compression, or exhaust stroke. Noise is also reduced because of the motor’s balance. Vibrations, while still present, are less than an inline-3. Meanwhile, 3-cylinder motors produce power after every 120-degree rotation of the crankshaft. Since there are only three pistons there is a dead zone where the engine has to rely on its own momentum to keep going until it gets to the next power stroke. This means that there is a rougher idle and noisier operation. Power delivery is not as strong at lower RPMs because of that lul-period between power strokes, though once the engine gets up in the rev range and enough momentum is present, the engine is capable of producing good figures, though manufacturers can design a 3-cylinder with more refinement, it takes more effort and engineering. A case has to be made as to how the engine are designed and tuned by the manufacturers. For example, the Suzuki Celerio makes 67 hp and 90 Nm of torque, while the Toyota Wigo has 66 hp and 89 Nm of torque. More peculiar is the Kia Picanto, which matches the Celerio’s power, but out torques it with and extra 6 Nm bringing the total to 96 Nm of torque with 67 hp in the Picanto’s 1.0-liter engine. Design and tuning will play a large part in the final power figures of a car, as does the transmission, but that’s another topic. Now comparing two cars that have similar displacements but a different number of cylinders, we’re pitting the Honda Brio against the Mitsubishi Mirage, and the Kia Picanto 1.2-liter. These cars all have 1.2 liters worth of displacement, but the Mirage has only three cylinders while the Brio and Picanto have four. Looking at their specs, the four-cylinder motors have more power and torque than the Mirage with only 76 hp and 100 Nm of torque, which is ample enough for the car. Whereas the Brio and Picanto have 89 hp with 110 Nm of torque, and 84 hp with 121 Nm of torque respectively. These aren’t the best examples, however, and the Mirage has been shown to be capable enough on Philippine roads. Though there could be other factors at play when talking about its performance compared to other cars like its engine design being more geared towards fuel efficiency. Each three-cylinder motor is tuned differently and can even be turbocharged, like in the Ford Ecosport. With its 1.0-liter EcoBoost engine, the model is capable of producing 120 hp and 170 Nm of torque. The addition of a turbo essentially will help double the engine’s power and torque making for better performance, just any other engine would. To compare, let’s take a look at 1.5-liter four- and three-cylinder engines that are turbocharged from the factory. Let’s take the Honda Civic RS or Accord’s engine, and put it side-by-side with the Geely Coolray’s turbocharged inline-3. It appears that the Geely Coolray produces more power and torque than the Civic, at 177 hp and 255Nm. The Civic RS, meanwhile, only makes 171 hp and 220 Nm of torque, but wait just a minute. The Accord makes 187 hp and 260 Nm of torque from the same engine as the Civic. So it heavily depends on how the engine is built or tuned by the manufacturer. It can also depend on what is built around the engine, like the Geely Azkarra. The crossover uses a hybrid system in tandem with its 1.5-liter 3-cylinder, and it is able to produce 187 hp and 300 Nm of torque.

So with all that being said, we go back to our statement, and say, yes, 3-cylinder motors will be enough for your vehicle. There are only some quirks that you have to get used to and some small nuances between each motor. It’s not the design of the motor that should make or break a car, but the sum of its parts. Is the motor paired well with the body? Is the car you’re buying fit for the purpose you want it for? Unless you’re very finicky about your car’s power delivery, a 3-cylinder motor will be fine and isn’t going to be unusable, just something to get used to.