Everyone kind of remembers the previous-generation Nissan Almera, but mark our words, you will remember the new one. 2021 was a good year for Nissan vehicles. We got the updated and facelifted Navara, and an all-new Nissan Terra, but the ugliest duckling in the lineup finally became a swan.

It’s a night and day difference. There is no shred of what was once a rather plain-looking sedan. Once the covers were pulled, however, jaws dropped and memories of the Almera that once was started to fade.

From caterpillar to butterfly Let’s just say that the old Almera was a bit of an acquired taste, you either loved it or hated it. Of course, the Almera still has a legion of fans willing to defend it, but you cannot deny that Nissan has leveled up in terms of its design following the unveiling of the new model.

It’s sharp, dapper, and all other adjectives that denote something sleek. Edges and cuts where they need to be and a trim beltline that ties it all together. Upfront, the sedan gets the updated V-Motion fascia that looks uber cool and makes a statement on the road. On top of that, you also get trims that accentuate its low-slung look. The vehicle looks more dynamic than before and we dare say that it looks a little fast. 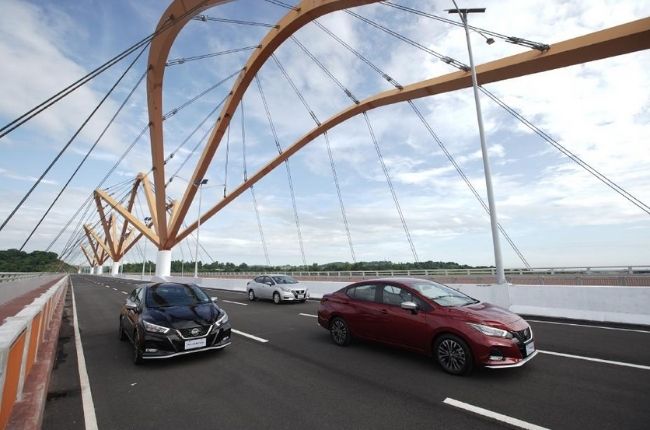 Ah, the wonders of turbocharging. Turbos allow manufacturers to size down and power up their vehicles, allowing them to return better fuel economy and add a hint of performance for daily driving plus a bit more if you’re willing to put your foot down. The 2022 Nissan Almera now gets a 1.0 three-cylinder motor with a turbo as a standard powertrain throughout the lineup. Gone are 1.2 and 1.5-liter naturally aspirated motors, and in their place sits a more exciting package that is just begging you to push the pedal a little further.

An interior worth staying in 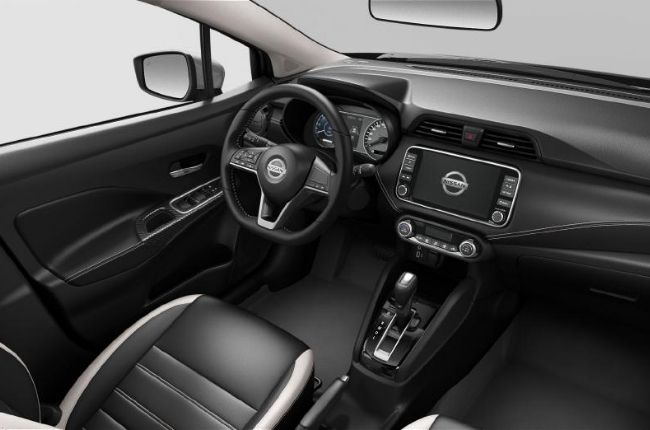 We’ve lamented Nissan in the past for its rather plain interiors. Heck, the Terra had a slightly disappointing interior up until the update. We’re now proud to announce that Nissan is up to par if not better than the rest of the industry. The Almera’s interior was thoroughly reworked to give drivers and passengers a good sense of comfort and modernity topped with a hefty serving of practicality to boot.

Ergonomics are now well-defined, and all the touchpoints follow the rest of the lineup’s aesthetic. Now modern and sleek, we’re treated to some extra techy additions that elevate the driving experience. You can now pair your smartphone be it Android or Apple, to the infotainment screen. Apple CarPlay and Android Auto make an appearance in the lineup and are there to help you ditch the need for a car mount inside the cabin. 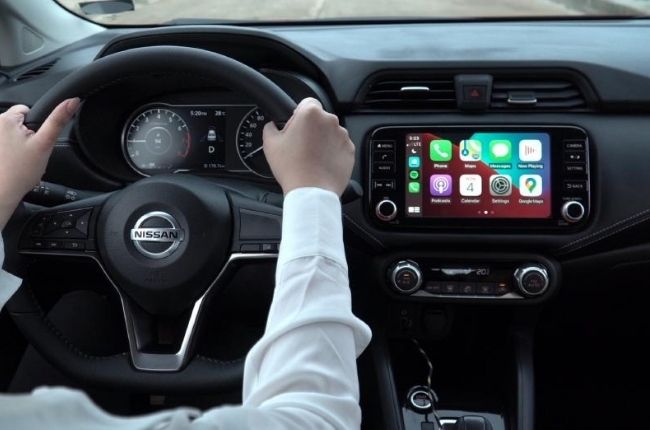 Not only are you getting a thoroughly modern interior and exterior, but you’re also getting Nissan’s highly-praised Intelligent Mobility Suite if you get the right variant. The highest trims come with the brand’s 360-degree Around-View Monitor (AVM) which makes even the biggest of vehicles easy to drive. On its own, the Almera is already an easy car to drive around the city but paired with the 360-degree monitor, and you have yourself a car that will take you through the tightest of streets with confidence.

On top of that, you also get Intelligent Forward Collision Warning, Intelligent Emergency Braking, and Rear Cross-Traffic Alert that makes sure that you stay out of harm’s way and on course for the journey that lies ahead. 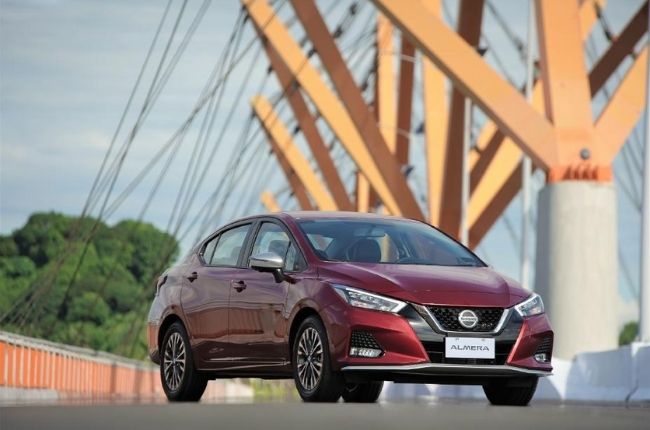 For the 2022 year model, Nissan is offering the base Almera at just P728,000. The base model will get you a manual transmission, but with the peppy 1.0-liter three-cylinder engine. Go up a notch and upgrade to a CVT to gain access to the other variants in the lineup. Once you’re there, check out the 1.0 Turbo N-Sport CVT available for just P1,098,000. In comparison to its other rivals, the Almera is priced well and on par with the other offerings out in the market.