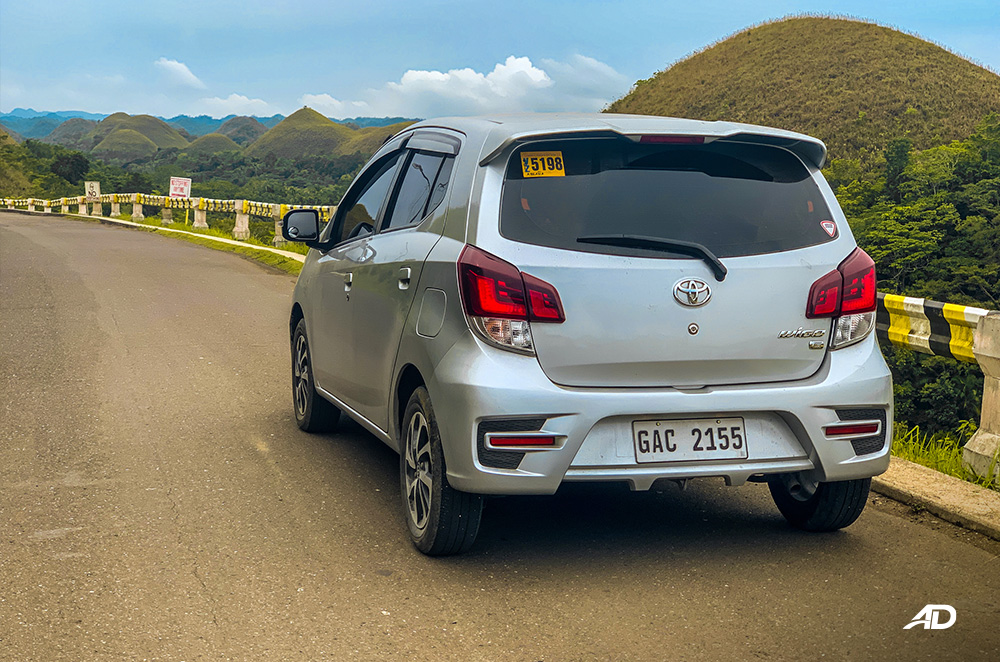 If you’re on the road somewhere in Metro Manila right now, I can guarantee you that it won’t take 20 seconds before a Toyota Wigo reaches your sight. Filipinos can’t seem to get enough of the small city slicker ever since its first-generation model reached our shores in 2014.

Branded as the most-affordable vehicle in TMP’s strong lineup, the Wigo, or Daihatsu Ayla in other countries, sold like hotcakes. So much so, in fact, that the facelifted version of the small hatchback ranked no. 2 in AutoDeal’s top-selling cars of 2018 while ranking no. 3 in the Philippines’ best-selling cars of the same year.

Armed with low price, arguably great looks, and proven fuel efficiency, the Wigo’s status as a Filipino favorite is hardly a surprise, especially if you factor in the attractive promos that dealers impose on this car. Well, Filipino car buyers are all for the value they could get at a lower price, and the Wigo fits that category perfectly.

But, the Wigo’s value is somehow limited by its size. One can argue that this car is only meant to be driven in the city and in no way capable of surviving the demanding rural roads. I did tend to agree on this bias about the car – until I tried driving one on a recent vacation on the scenic province of Bohol.

Upon reaching Bohol, my wife and I decided to rent a car instead of booking a group tour. It’s much more practical, we reckon, as we wouldn’t be forced to adhere to the tour’s schedule. Plus, we’d get to enjoy the sceneries the way we wanted to.

There’s just one problem, though – the only available vehicle for rent was a 2018 Toyota Wigo. I was a bit skeptical at first since I knew beforehand that we’d be going through a lot of challenging thoroughfares on our own planned tour. Despite the hesitation, I gave it a green light and we got a silver metallic, fairly new Wigo with more than 20,000 km on the clock. 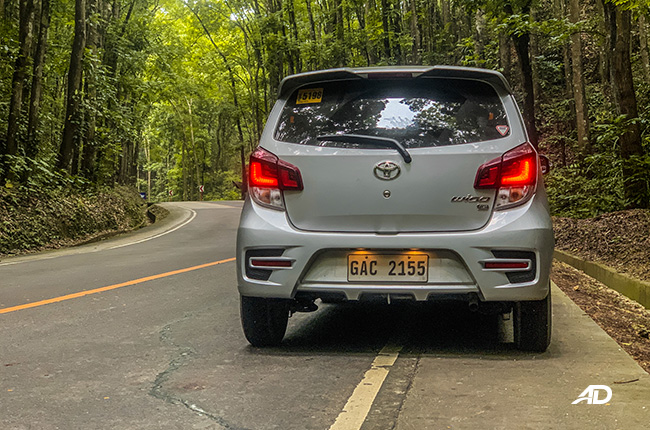 The facelifted Wigo is still a joy to look at even with its high population on the road. Maybe it’s just me or the fact that I never got to take a good hard look at one since its introduction in 2017, but the Wigo’s simple yet sharp looks is endearing. I most especially adore the Tetris-brick taillights, and the LED guide light that underlines the halogen headlamps. It's not the best-looking out there, but it appeals to my taste.

Although, with more-than-two hours of drive from Tagbilaran City to Carmen, Bohol ahead of us, one of my worries was the space inside the car. Surprisingly, I fit right inside, and so was my five-foot wife. Of note, I stand at 5’6” with medium body build and I can say that I had more-than-enough wiggle room in the driver’s seat thanks to the hatchback’s open cabin feeling. There are a lot of storage spaces, as well, while trunk space wasn’t an issue for our overnight luggage. Some of the plastic finishings were a bit rough, though, so I resorted not to rest my elbows in the car’s, err, elbow-rest.

Within the confines of the capital city, the Wigo felt right at home in heavy traffic and tight alleys. Tagbilaran City wasn’t too far from Metro Manila in terms of congestion, mind you, but the car felt easy to drive, without any anxiety of hitting anything that would increase our car rental bill. 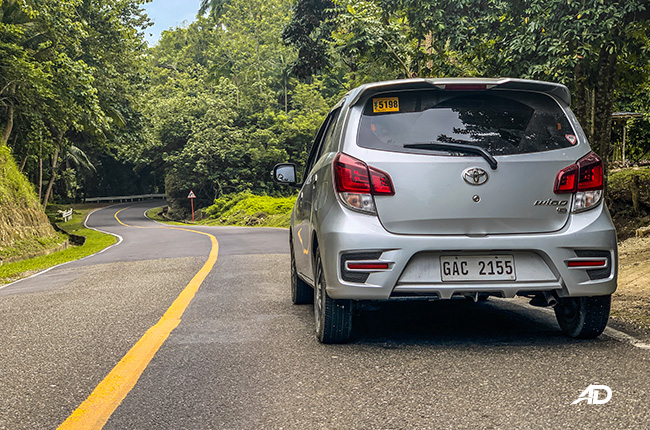 IMore importantly, the seats were soft enough to absorb the impact of some unforgiving roads, while the suspension leans towards a bit too soft, which was great on straight asphalts but a tad unnerving on mountain passes. Take note that we went through an hour's worth of winding roads – I can’t say that it was easy, especially with the Wigo’s loose steering feedback, but it was okay, so long as you handle the sharp curves with care.

The Wigo was also able to conquer steep inclines; you just have to know how to use the car’s ‘2’ and ‘L’ gears properly and you’re good to go. One example of this was the climb towards the viewing deck of the world-famous Chocolate Hills. If you’ve been to this tourist spot, you know what I mean. For visialization, my wife took a snapshot of the road on the way down. 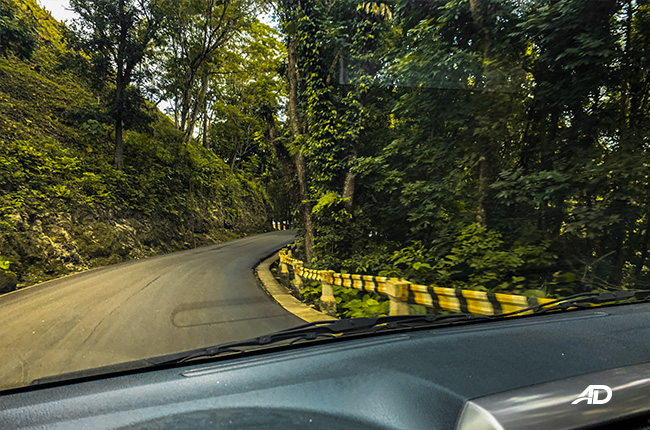 The other roads we took were quite a breeze – straight asphalts with the sea greeting us with a warm smile on the right side. The Wigo wasn’t a fast car, admittedly, but it could overtake so long as you do the maneuver properly. Brakes were a bit mushy, though, but this might be because of the car’s age. Under normal circumstances, getting up to speeds with the Wigo was just as expected from a small hatchback.

We concluded the day in Panglao, Bohol where we stayed the night. After a total of 150 kilometers and four hours of driving, it was, of course, tiring but it wasn’t because of the car. 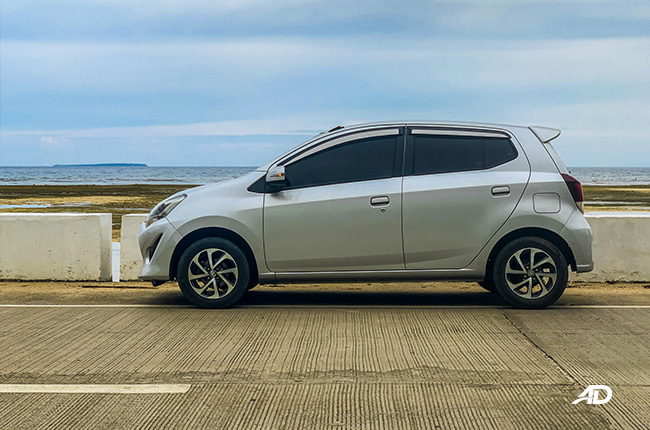 With a starting price tag below P600,000, the Wigo has proven itself that it can perform more than its intended purpose. It stood its ground as a city slicker that could go occasionally outdoors but not without compromises. It can definitely survive demanding provincial roads, I reckon, but it has something more up its sleeve – a 14.4 km/L fuel efficiency reading at an average speed of 44 km/h.