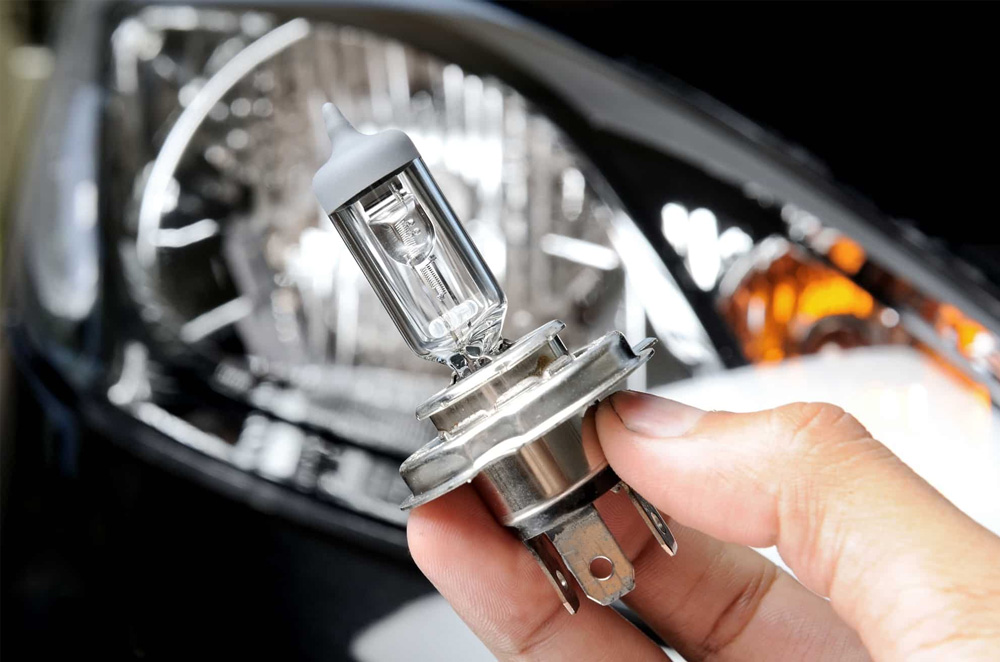 Headlights – they help you see in the dark as you drive down the road, especially when lampposts aren’t available in the area. They are the most essential car component that you need because, without them, you won’t be able to drive at night. However, do you know that vehicle headlights date back as early as horse carriages started plowing the unpaved roads of the west? They do. Let us tell you a brief history about it.

The earliest headlamps are literally lamps that have candles in them – hence, the term headlamp. They are attached on the top corners of horse-drawn carriages and the common ones use oil. Prest-O-Lites acetylene lights began replacing oil lamps for ‘horseless carriages,’ an industrial revolution-term for automobiles. Acetylene lights lived for only a short couple of years until being replaced by electric headlights, which are the spark of the modern headlight era – the one we’re going to discuss in this article. So without further ado, here are the different types of vehicle headlights. 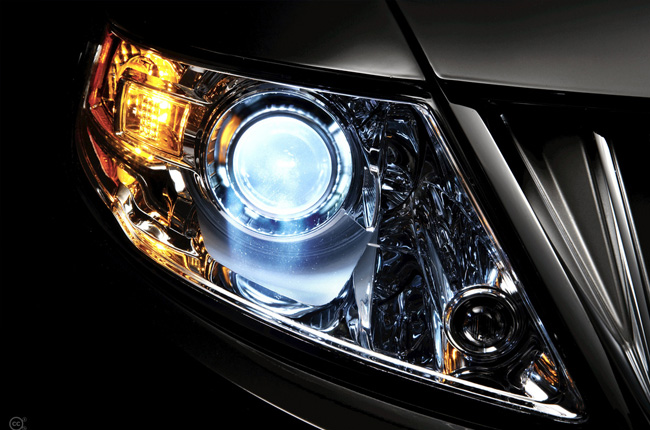 Halogen headlights are what you could consider as the Godfather of vehicle lighting. This type of headlight dominated the automotive industry starting from around 1962 and is still in use in modern vehicles of today. Despite their popularity, halogen headlights are now only being used on low-end variants and models offered in the market today.

How a halogen bulb works is by heating a tungsten filament with an electric current that is surrounded by an inert gas. The inert gas is usually halogen such as iodine or bromine that produces a halogen cycle chemical reaction when mixed with the tungsten filament. This chemical reaction ensures that the bulb will last longer and will be able to maintain its lighting clarity throughout its lifetime.

When it comes to halogen headlights there are two classifications, the standard, and projector. The standard classification uses forward-facing light bulbs in an enclosed reflective case. The projector beam classification, on the other hand, uses a rear-facing blub for a more focused light beam. In addition, some cars that come with HID or LED headlights may also come with halogen high beams as a bit of extra information.

Disadvantages: short-lasting and not as brought as compared to other modern lights. 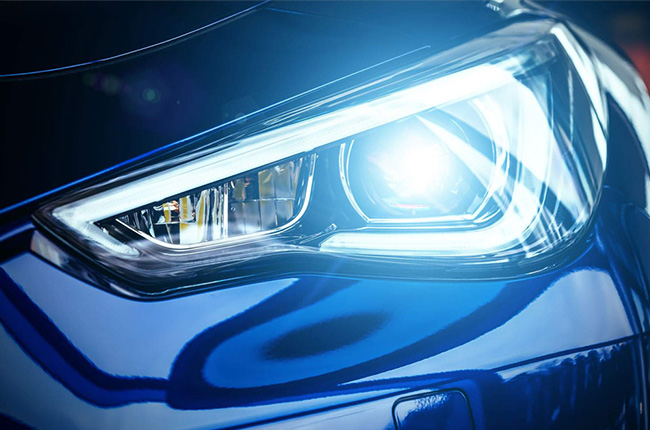 Xenon headlights are similar to halogen headlights in that they also use a tungsten filament as their main source of light. However, instead of it igniting halogen gas, this type of bulb uses aerogen Xenon. Halogen’s light comes mainly from the heated tungsten but xenon lamps achieve white lighting emitted by the xenon gas.

Xenon High-intensity discharge (HID) lights, on the other hand, are electrical gas-discharge lamps that produce light through an electric arc between tungsten electrodes. HIDs have a longer lifespan than Halogens, as the light being emitted is produced by using electrodes to charge the white xenon gas inside the bulbs—unlike halogens that use tungsten filament and halogen gas mixture. Nothing is heated up to glow inside a xenon bulb, it’s the xenon gas alone that emits white bright light when turned on.

Disadvantages: More expensive than halogen, requires an electrician to replace Light-emitting diode (LED) headlights are known for their long service life and better vibration resistance as compared to the aforementioned types. These lamps use less energy which makes them far more efficient. As far as automotive light history is concerned, LEDs were first used in high-mount brake lights in 1984 and since then have been used for other vehicular applications. LEDs are not only used as headlamps and daytime running lights (DRL) but are also used for taillights as well.

LEDs also come with an interesting advantage over their other lighting rivals. Manufacturers can customize the shape of LED DRLs on the headlight. As a result, automakers have more design options at their disposal and don’t have to conform to the limitations of halogen or xenon headlights. LEDs can support many different aesthetic designs that can flow along with the overall exterior design of the vehicle. In short, they can add more flavor to a vehicle’s physical appearance without having to sacrifice lighting performance.

Advantages: LEDs are the most efficient in terms of energy usage, aesthetically appealing, adaptable to almost any design, longer-lasting compared to HIDs.

Disadvantages: when one LED bulb dies it can be very difficult to replace. 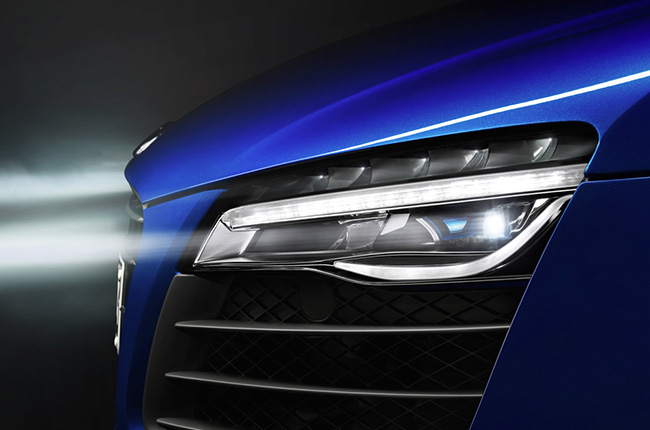 Laser lights are one of the newer types of headlights available on the market today. They come with the most advanced technology on this list. If you think it’s intriguing to find out lasers are now used on headlights, wait till you find out how it works. Take note that the light coming out from a laser headlight is not the actual laser. Rather, the laser is used as an alternative to electricity to charge photons. It’s functions similarly to how HID lights work but replaces the electricity with a laser. If LED lights are formable into shapes, laser headlights are far more flexible than that as they offer more design possibilities. The downside is that it uses more energy, which could be a compromise if you’re using an electric or hybrid car.

As laser headlamps are relatively new to the market, these are seen far less seen in modern vehicles as the technology is still being developed. We do think, however, that it could be the future of vehicle headlights—if manufacturers can solve the power consumption rate it has as of the moment.

Disadvantages: Estimated to be three times more expensive than HIDs. Currently only available on luxury brands like BMW, Audi, and Mercedes-Benz. Uses a ton more energy compared to other types.