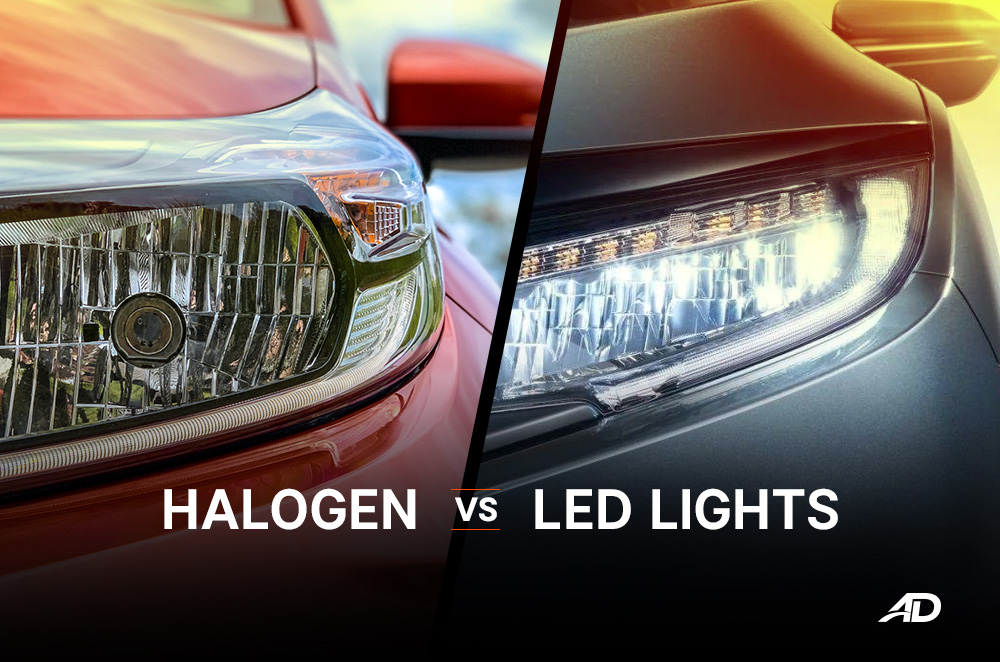 It wasn’t too long ago that the only option available to you for automotive lighting systems were halogen bulbs, then xenon bulbs, then variants of either filament-based lighting system. Then came light-emitting diodes, which are quickly becoming the go-to choice for many manufacturers due to their reduced costs and easier accessibility. You can find LEDs now on even the most affordable vehicles, from good budget options like the Suzuki XL7 to high-end big boys like the Ford F-150. LEDs can be affordable or as fancy as they want it to be, meanwhile, halogens have found their place in the lower end of the spectrum, more to do with lower-end variants.

Although, that doesn’t mean that the Halogen bulb is going the way of the dodo. It’s still a prevalent system that is in use on the road today, but when stacked up against LEDs, how does it fare?

Related: Your guide to different types of car headlights

How do they work?

Both types of lighting will obviously require electricity from the electrical system of the vehicle. Though, how they emit light differs quite a bit. Halogen bulbs use a filament made of tungsten, while LEDs use semiconductors to emit light. Both lighting systems can take many different forms and housings. The most common and basic setup that you can find is reflectors. This involves a naked bulb or diode surrounded by a reflective housing that bounces the light around and focuses the light on the road. Following that, the next step up is the projector setup that really focuses the light onto the road and prevents the rays from getting too scattered. In terms of precision, a projector trumps the reflector. A projector can be more compact than a traditional reflector setup and it’s also more precise with how it throws its light beam. In comparing between the two types of OEM systems, halogen bulbs typically have an output of around 1500 lumens, while LEDs have been known to go about or over double the output of a traditional halogen bulb. Regardless of the form that they take, whether reflector or projector bulb, a good LED system will be more superior compared to a good halogen system.

Also, in terms of precision, or cut-off, LED lights are much better than halogen bulbs because the typical LED array has a lot of bulbs that emit light, giving the beam a higher resolution, at least for reflector headlights. For halogen reflectors, you only get one halogen bulb and the reflector behind it may not reflect the light as sharply as an LED with many more sources of light. As for projectors, LEDs are much more precise as well, with a sharper and more defined beam and cut off compared to projectors, which means that the low beam in most cases won’t bother or come into the line of sight of traffic on the oncoming lane. In terms of output, halogens get reasonably bright and can come in different color temperatures. However, regardless of the color temperature, the bulbs give off a lot of heat, and will definitely be hot to the touch after prolonged use. Halogen bulbs are not as efficient as LEDs because you do get light if you run an electrical current through them, however, a byproduct of that is heat.

LED lights run cool, and don’t heat up a lot even after a long time. To get the same output as a traditional incandescent halogen bulb, you won’t need as much energy. On top of that, you get instantaneous activation. You don’t have to wait for the light source to heat up or ramp up when you flicker your high beam or signal lights. It’s instantaneous and fast, which also is another big pro in its favor. 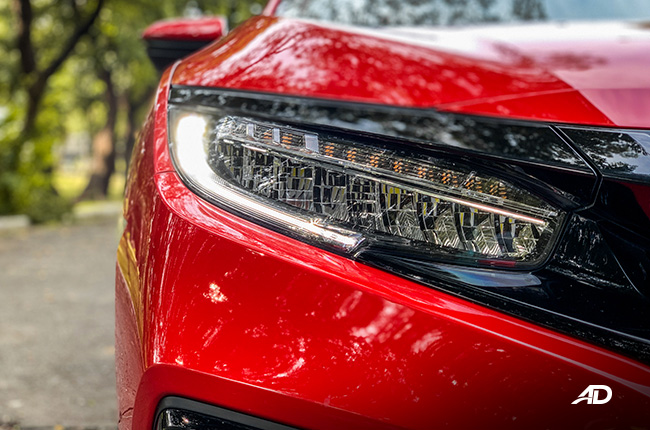 Another important aspect of lighting systems is durability. Halogen bulbs last reasonably long. Expect them to be replaced within 3 to 5 years. Since the bulbs themselves emit a lot of heat while in use, they tend to burn out after some time, and when they do, they won’t light up anymore and are spent.

With modern LED systems, expect your system to last longer than the life of a typical halogen bulb, though, over a long period of time, you could experience a dip in performance for LED systems. However, it’s not as bad as the failure of a halogen bulb unless the system is compromised. Instead of the whole system conking out you may find that the diodes will just dim slightly over time. One major reason why halogen systems are still in use in many parts of the world is how repairable the system is. With more modern and high-output LEDs, expect to pay through the nose if your headlight fails. For halogen reflector systems especially, all you will have to do is buy a new bulb or perhaps get your wiring sorted and refreshed. No matter how you look at it, for most common cars and other vehicles, it is less costly to replace a halogen system than it is to replace an LED array.

LED lights require a circuit board and other semiconductive parts that allow the system to work. Meanwhile, halogen bulbs rely on a few wire relays and perhaps some heatsinks, but that’s about it. Otherwise, it is a fairly simple and bulletproof system. Replacing a halogen bulb is also quite simple and you can typically find a bulb for your car while visiting auto supply stores. For LEDs, however, you might have to go back to your dealership and put in an order for the part that you need. That being said, the more cost-effective option is a halogen system. It’s easy to replace and simple to repair. You will have an easy time getting your lights up and running again after a quick trip and just a small amount of cash. Whereas, an LED repair can be pretty costly considering that the system is integrated into a circuit board. If something breaks in your LED light, you can try to have a shop work on it to repair it, but they will likely refuse to open up your lights in fear of breaking it. The best bet is to head back to the dealership and place an order for the parts that they need to repair, as the system is more bespoke and can’t be remedied through a quick trip to your auto parts store.

There is also the issue of LED systems being in place only on top of the line variants, so getting an LED lighting system will cost you more to purchase factory-installed on a new vehicle. Take, for example, the Toyota Vios, A common car in the Philippines that has a halogen reflector system on the base models, then once you get up to the 1.5-liter G variants, you get a multi-LED array. The difference in price between the most expensive is 6-digits long or almost P400,000. Though, that’s more to do with the variant lineup needing to reach a certain price point. Though, for other cars like the Honda Civic, to get into the LED system, it’ll cost only about P100,000 to get that upgrade. Still, you do have to pay a heftier price tag to get into an LED system. So where does that leave us? To be fair, both systems still have their place in the world, and LEDs are the future without a doubt, but there are still scenarios where halogens will be good enough and better especially if budget is a concern. Though we cannot deny that halogen lights nowadays would barely make the cut in terms of output. After being spoiled with the latest and greatest tech with our reviews, it’s hard to go back to a trusty halogen system especially when going out of town with minimal amounts of street lights on the road.

The real question is, “is it worth it?” and the answer, we say is yes. Visibility is a key proponent to piloting a motor vehicle. Seeing what’s up ahead when the road goes dark is crucial for safety, and if you can see further ahead, you get more time to react to threats. Also for individuals with ailing eyesight,