The Honda Civic is Honda Cars Philippines, Inc. formidable entry into the compact sedan segment. The 10th-generation Civic features new innovations and supreme driving technology that complements its sporty design. Honda's compact sedan has a new aggressive styling on both exterior and interior ends. Its stance is low and wide; its character lines are sharp and well-defined. This aerodynamic styling is further improved by its LED head, tail, and daytime running lights. Inside, the multi-information display goes back within the gauge clusters, which was new to the predecessor before.

The Honda Civic is available in the Philippines in either the 1.8L or the new 1.5L turbocharged engine (RS variant) which is a first for this Japanese automaker. Also new to the Civic is its Continuously Variable Transmission (CVT), which was developed under Honda Earth Dreams Technology to deliver fun, yet powerful driving experience.

The 10th-generation Honda Civic was launched in the Philippines in April 2016. It came in essentially two variants – the 1.8L naturally-aspirated version and the turbocharged 1.5L RS Turbo trim. Aimed to bring back the glory to the popular compact sedan, the Civic was launched with an aggressively styled fascia and an equally encompassing rear end.

In April 2019, Honda Cars Philippines refreshed the Civic and gave it subtle yet effective updates.

The Honda Civic sits on the brand’s global compact car platform with a front-engine, front-wheel-drive layout. Under its hood, the Civic has two gasoline engine options: a 1.8L naturally-aspirated mill that produces 141 hp and 174 Nm of torque, and a 1.5L turbocharged power plant that produces 173 hp and 220 Nm torque.

The suspension setup is the same for both variants – McPherson struts with stabilizer up front and a multi-link setup at the back. Disc brakes are also standard across the range.

The Honda Civic’s variants naturally vary in driving performance because of their differing power plants. While the Civic 1.8 drives more like a city sedan, the turbocharged Civic 1.5 RS turbo is a bit on the sporty side, thanks to the boost and stiffer ride.

Both Civic trims are easy to drive within the city as they are stable and composed on the highway. Steering feedback can be improved on both, though, and the limitations of CVT can also be observed when driving the latest iteration of the compact sedan.

The Honda Civic covers more than the basic in terms of features. It has speed-sensing door locks, auto up/down windows, and automatic headlights, you also get a fully-digital instrument cluster, electronic parking brake with brake hold, and a 7-inch infotainment system with Apple Carplay/Android Auto routed to 6 speakers. The RS Turbo variant, however, gets extra dual-zone automatic climate control, navigation, auto-dimming rearview mirror, and ambient lighting.

For its 10th generation, the Honda Civic has a compelling styling that’s characterized by sharp lines and angular accents all over the body. LED headlights are also standard for top E and RS Turbo trims, as well as the C-shaped LED taillights. This iteration of the Civic is also the biggest among the ten generations plus it also has the most aggressive stance.

The Honda Civic has a sporty interior layout and the materials used are mostly soft plastics, leather, and/or soft fabric. The RS trims have sporty accents, too, in the form of contrasting stitches and seat designs. It’s also notable to mention that top-tier Civics have digital gauge clusters that match the display head unit.

The cabin space of the Civic is one of the biggest in its class, as well as the trunk that’s expandable by folding the rear seats.

In both variants of the Civic, you will love how the interior updates increased the engagement inside the cabin. You’ll also love the array of features found in the top-level trims and the inherent above-average ride comfort of the Civic 1.8.

As for the downside, the Civic could use better road feedback from its steering wheel. You might also want to go easy on the piano black plastics found inside the Civic. 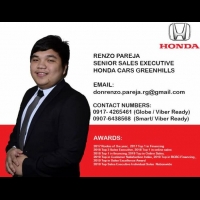 View the most compared cars versus the Honda Civic 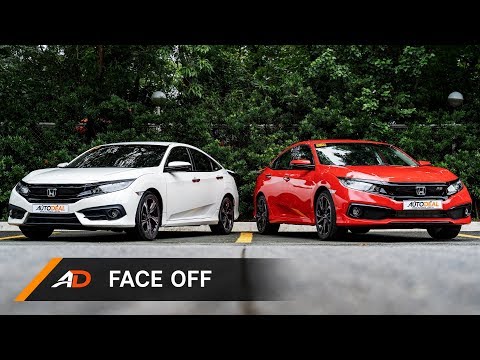 Read reviews from verified car buyers and find out from real owners what it's like to own Honda Civic.

Based on the number of old Honda Civics still running today, you can say that the Honda Civic is reliable.

Is there a diesel Honda Civic?

In some markets, there's a diesel variant of the Honda Civic. The Philippines, however, is yet to get this as an option.

Is the Honda Civic a fast car?

Is the Honda Civic fun to drive?

To some extent, yes. The Honda Civic can be fun to drive especially with its turbocharged RS variant.

Is the Honda Civic a good car?

For years, the Civic has gained a reputation as a good car, and that stays true in this tenth-generation model.

Get Notified for Honda Civic Alerts