The all-new Honda Civic is out and about in the Philippines. The sedan is now half a century old and in its 11th generation, continuing its tradition of all-Japanese class and sportiness.

If you're looking to buy a Civic, you might be wondering which variant deserves your hard-earned money. We're here to dissect the local-spec Civic's three variants so you can make a better-informed decision before pulling the trigger.

Note that all prices are accurate at the time of writing. For the latest specs, pricing, and promos, visit our Car Guide for the Honda Civic. 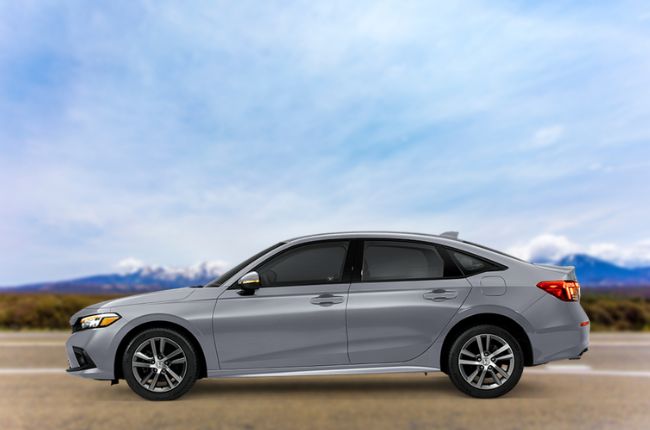 The base S model brings you into the Civic world at the lowest possible entry point. It starts at P1,290,000, and at that price, you're getting a lot of standard features.

Of course, the turbocharged 1.5-liter VTEC gasoline engine comes standard across all three models. It delivers a blistering 175 hp and 240 Nm of torque. You get a CVT no matter the model, as this release doesn't include a manual transmission option.

For the base model's exterior, highlighted features include LED daytime running lights, 16-inch alloy wheels, and a shark's fin antenna. Unfortunately, the headlights and taillights here are of the halogen variety, so you'll have to move up the variants to get the LED treatment.

Inside, the Civic S boasts a honeycomb dashboard, a 7-inch TFT instrument display, and a 7-inch touchscreen unit with wired Apple CarPlay and Android Auto. You also get a push-to-start system and automatic climate control.

Who is the base model for? Buyers who don't want a crossover or SUV could find the Civic S an attractive option. At its listed price, the lowest trim level is right around the price point of some of the bestselling crossovers currently in the local market. This model presents a viable alternative—one that many are getting their hands on. 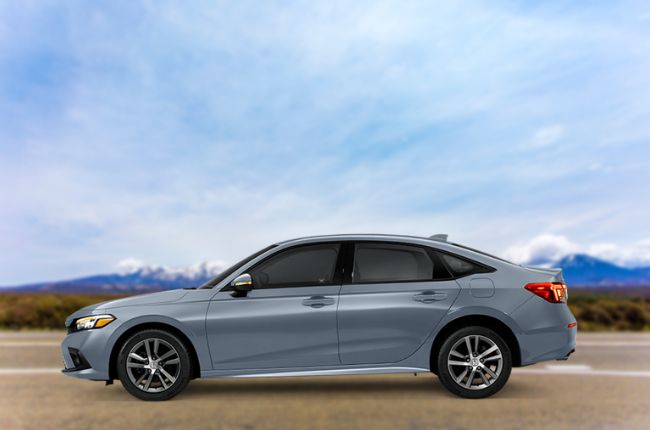 One step above the base variant is the Civic V model. It takes everything included in the S and turns it up several notches. With a price of P1,498,000, the Civic V includes LED headlights and foglights, power folding mirrors, 17-inch alloy wheels, and Smart Entry.

Inside, you get the same tech as the base model, but the V variant ups its game with eight speakers, ambient lighting, and rear AC vents. There's even a coat hanger and a driver's seat back pocket for added utility and convenience.

The Honda Civic V is for buyers who want a little more out of their Civic. It's also the top non-RS trim level. The V is evidently better-equipped than the S inside and out, but are those inclusions worth an additional P208,000? That's for you to decide. We've reached the exciting part. The Honda Civic RS has a sticker price of P1,690,000. That might be out of reach for some, but hear us out.

The RS model takes things to the next level with a signature RS design featuring blacked-out door mirrors, antenna, and spoiler. It also includes black 18-inch alloy wheels to complete the exterior package.

Inside, the Civic RS gets a tech-packed cabin with a 10.2-inch TFT instrument display and a larger 9-inch touchscreen infotainment system with wireless Apple CarPlay and wired Android Auto. It also packs a whopping 12-speaker Bose sound system to satisfy audiophiles.

Other goodies include black leather and suede seats, a power-adjustable driver's seat, dual-zone automatic climate control, wireless charger, and a Lanewatch camera. Remember, the RS model also features nearly everything you can find on the lower trim levels.

So, who should buy the Honda Civic RS? If you want the best Civic money can buy today, the RS is the way to go. It has superior tech that makes it better suited for longevity, and its sportier look is sure to turn more heads than the other models.

Whichever variant you choose, the Honda Civic is a well-built, feature-packed sedan worth its price. The Civic's standard features, including the turbo engine and Honda SENSING, make the base model a good buy for anyone. The higher models make the deal even sweeter, but at a considerable cost. It's up to you to decide which one you want to own.