The 11th-generation Honda Civic has turned heads and captured hearts since its local launch in late 2021. The famed Japanese compact sedan is claimed to be better than ever, but after 50 years of the Civic, is it really the best one out there?

What better way is there to find out than to take a look at the base model, the Civic S. The “S,” of course, stands for “standard,” and Honda has positioned the variant as a more affordable option with only a few compromises. Find out if the 2022 Honda Civic S Turbo CVT is worth your time and money with our full review.

Performance
Engine Output (HP), Acceleration, Transmission, Handling 4.5/5
Design
Exterior & Interior Design, Quality, Fit and Finish, Ergonomics 4.0/5
Ride Comfort
Cabin Comfort, Suspension, NVH Insulation 4.0/5
Safety and Technology
Convenience Technologies, Active and Passive Safety Features 4.0/5
Value for Money
Amount of the vehicle you get for the price, Fuel Efficiency 3.5/5
What You Will Like
What You Won't Like
How We Do Our Reviews 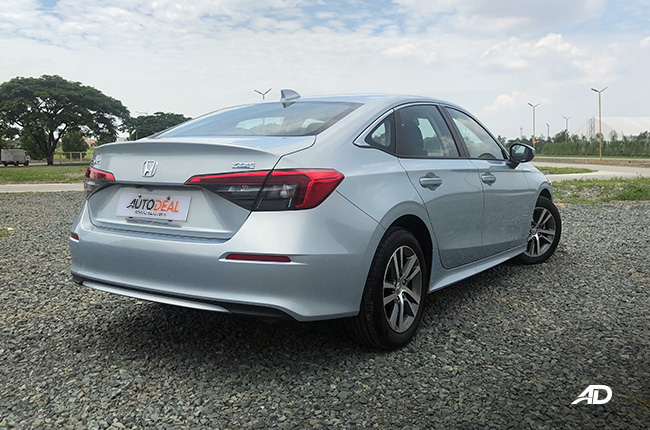 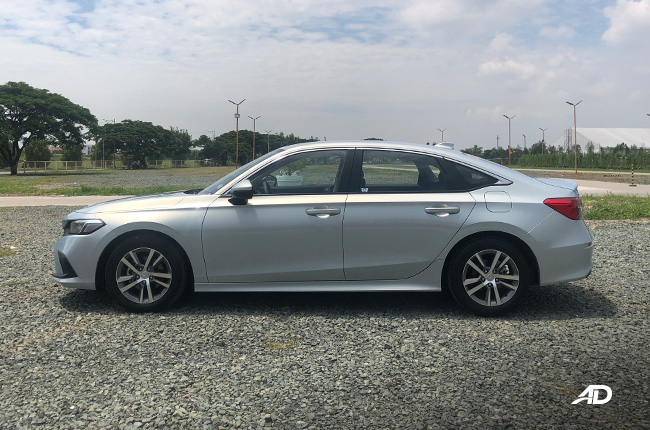 If the 10th-generation Civic’s design was akin to it undergoing a midlife crisis, then this iteration must be a return to what it does best: quiet maturity and sophistication. Its overall outline is now more similar to the Accord, which we all know is something that’s always been marketed as an executive-class sedan.

Perhaps where the new Civic shows most of its maturity is the lighting design. The front gets a more subdued version of the three-dimensional grille, while the rear does away with the aggressive C-shaped taillights in favor of a more streamlined pair.

Some might be surprised to find out that the Civic S packs halogen headlights. That’s the first of what you’d compromise by getting the base model. While there are LED DRLs, foglights are absent here. The side mirrors also don’t fold electronically. Oh, and there’s no keyless entry, so you’d have to fumble away at your key fob when unlocking the vehicle. Lastly, the rims are 16-inches, in contrast to the 17-inch wheels on the V variant and the 19-inch alloys on the top-spec RS.

Overall, the all-new Civic’s design definitely looks much improved in most aspects, although you probably won’t feel the full force of it with this variant, as it lacks some features that should be standard at this price point. 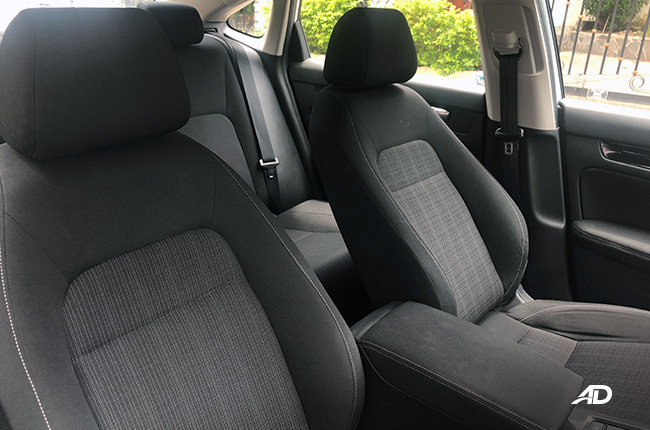 It’s a similar affair inside, as the 11th-gen Civic feels like it’s the most premium-looking Civic interior ever built. We first noticed the distinctive honeycomb mesh accent lining the dashboard, which does much to augment the cabin’s look. It houses the air conditioning vents, reducing the overall clutter on our eyeline.

There are a ton of plastics here, unfortunately, mostly on the doors, which we never got used to in the time we had the unit. The fabric seats also feel subpar, but it’s understandable for what Honda has tried to achieve with this variant.

Elsewhere, the Civic’s interior really does feel well-built. The materials feel sturdy enough to last a lifetime and the driver-centric ergonomics will probably ensure this Civic stays modern for many years to come. In terms of comfort, we were surprised by how spacious the Civic felt, even with all five seats occupied during some drives. Of course, previous Civics have been known to have lots of interior space, but Honda has done a good job of optimizing it even further.

The driver’s seat in particular feels incredibly comfortable. Although it sits quite low, lower even than the previous model, it feels great to be behind the wheel at all times. The seating position is inherently sporty, yet we didn’t have any trouble seeing ahead, to the sides, or to the rear.

For the passengers, it’s a similar situation, wherein the seats are comfortable enough to rock a baby to sleep in most situations. The center cup holders are a nice touch, but the lack of rear air conditioning vents and USB ports proved to be the Civic S model’s undoing for our passengers.

The Civic’s NVH also feels improved, with only a minimum of road noise present under most driving conditions. Is it the best out there in terms of cabin noise? No, but we can’t complain in this department as it doesn’t feel terribly noticeable in daily use. 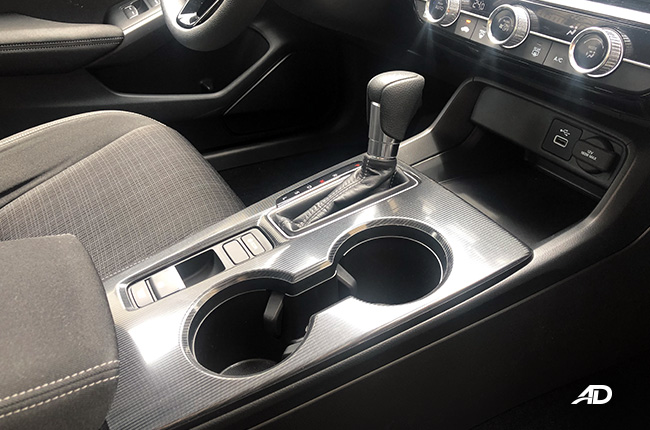 This new Civic impresses with some of the most advanced tech features ever seen on a Civic. There’s a 7-inch TFT instrument display which covers the left-hand side of the cluster, with the rest being of the analog variety. This isn’t as bothersome as we first expected, which is a welcome surprise.

There’s also a new 7-inch touchscreen infotainment system with Apple CarPlay and Android Auto. You need a wire to start CarPlay, however, unlike the higher trim levels that are wireless from the get go. To be honest, this can be cumbersome when you’ve become used to wireless connectivity. On that note, there’s also no wireless charging on this model.

Both the driver’s display and central touchscreen are very responsive, and we have very little complaints. We think buyers will have most of the tech they need for daily use on the base model, and anything above it would be a cherry on top of a very scrumptious Civic sundae. The main talking point when it comes to safety on the Civic is the standard Honda SENSING. It’s Honda’s suite of active safety features that work surprisingly well on this model. Our favorite feature has to be the adaptive cruise control with stop-and-go capabilities in traffic. When engaged in EDSA traffic,  the Civic followed the vehicle in front tremendously, keeping its distance and moving and slowing in perfect sync.

We’re not proud to say, but collision mitigation was engaged on more than one occasion, although at least one of those times was questionable on the Civic’s part. Still, we can’t complain if the vehicle wants to keep us safe. Other safety features that work well are lane keep assist, lead car departure notification, and road departure mitigation. When combined with the cruise control, these features made us feel like we were driving a car with a much more advanced driver-assistance system.

On a more traditional level, the safety features on the Civic include four SRS airbags, ABS with EBD, and stability control. Not exactly things to write home about, but they’re there nonetheless. Driving the Civic is an exercise in confidence, and we always felt safe aboard it. 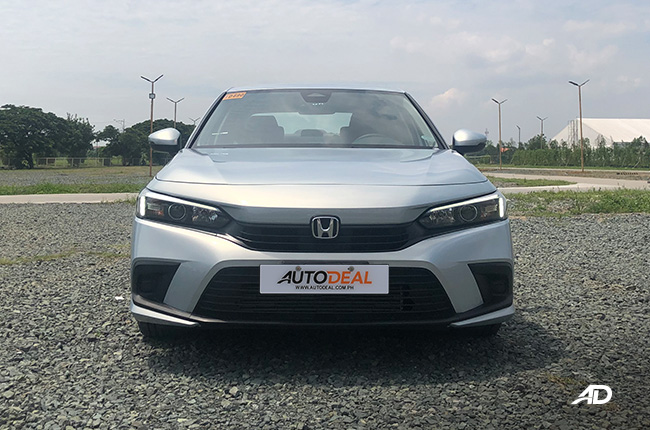 As one might expect, it’s a joy to drive the 11th-generation Honda Civic. It definitely benefits from a slight power increase, but the kicker comes from the reduced turbo lag and better power delivery on the middle range. Driving the Civic feels like you can take any paved road in front of you, whether it’s city streets, long highways, winding country roads, or uphill challenges.

The 1.5-liter VTEC Turbo engine—standard on all models, by the way—never felt like it was even close to running out of power. We had everything we needed to speed up on clear roads or pass slow-moving trucks on the highway. Put it in Sport mode and the turbo engages even earlier, giving you more to love across the rev range. The Civic also handles well, even with the 16-inch tires. The feather-light steering is complemented by a solid chassis that never made us uncomfortable through tight cornering. It also absorbs bumps relatively well, although the low ground clearance did make us nervous more than once.

Overall, this iteration of the Civic is more than deserving of the nameplate. While it didn’t push us back into our seats, it did bring a lot of excitement and exhilaration whenever we took it out for a spin. We can say with confidence that this Civic is one of, if not the best handling compact sedans you can buy today. Going in, we didn’t expect the Honda Civic to do that well in terms of fuel efficiency. That was our mistake, as the sedan impressed on all fronts. Around the city, we got between 9 to 10 km/L, mostly in Eco mode. On the highway we recorded between 17 to 18 km/L at around 90 km/h, even going up to over 19 km/L in some situations. At a starting price of P1,368,000, the Honda Civic S is an affordable ticket to the Civic experience. While it lacks things like keyless entry, LED lighting, power-folding mirrors, leather seats, and other goodies, we found that we didn’t miss most of these features once we actually got behind the Civic’s wheel. Once you’re there, everything else disappears and you can focus on the pure driving experience the Civic S provides. Yes, it surprised us, too.

So, who is the base model Honda Civic for? We think it’s perfect for buyers who want to buck the trend by avoiding a crossover of SUV. It’s a brave choice in today’s car climate, and one we think many friends would either praise, envy, or criticize you for. If it’s the latter, well, why would you care? You’d be driving a Honda Civic, after all. 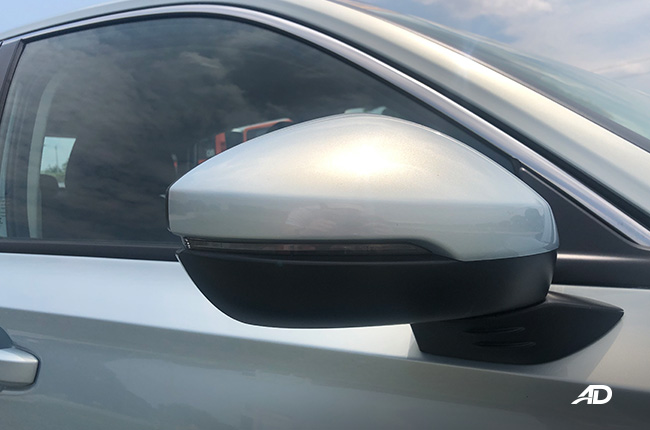 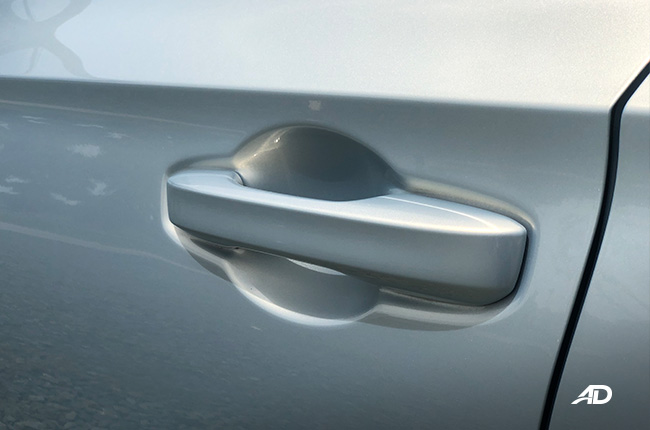 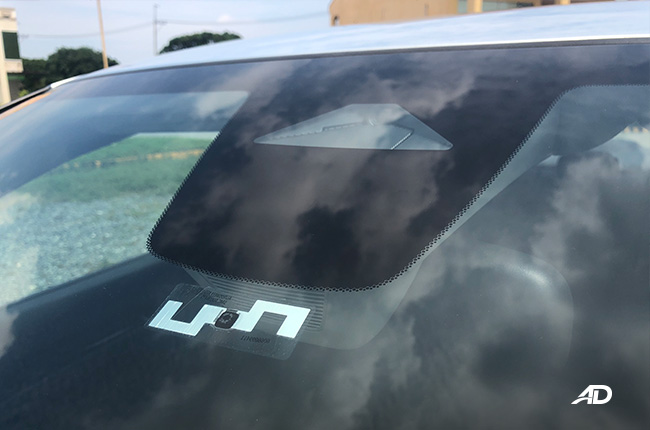 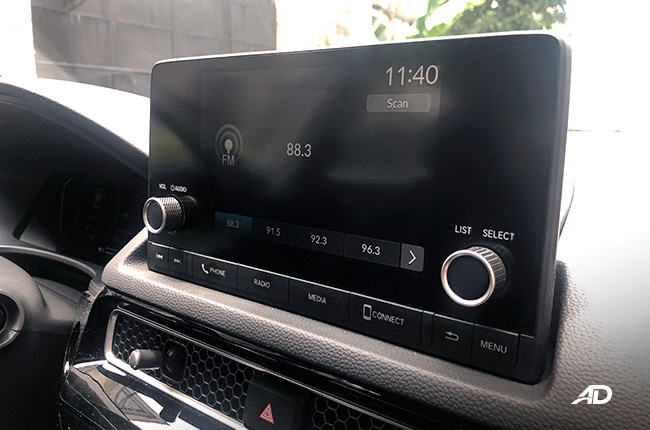