We’ve all experienced it before. We’re driving down a relatively dark road with no cars in front, so we switch on our high beams for better visibility. You see that there’s an oncoming car about to round a corner so you dip your lights to prevent from blinding him or her. Said car rounds the corner on high beams as well, and you are temporarily blinded as you’re about to enter a turn. You have to either focus on the right side of the road or give them a quick flash as a reminder. If you’re lucky, they might realize their mistake. If not, they’ll go on to blinding other motorists until they get home.

It’s an all too common scenario, almost as common as those who forget to turn on their headlights at dusk, and rely solely on park lights and their short-throw foglights. What’s worse is, most of those who forget to dip their lights probably never knew they were on high beam to begin with. 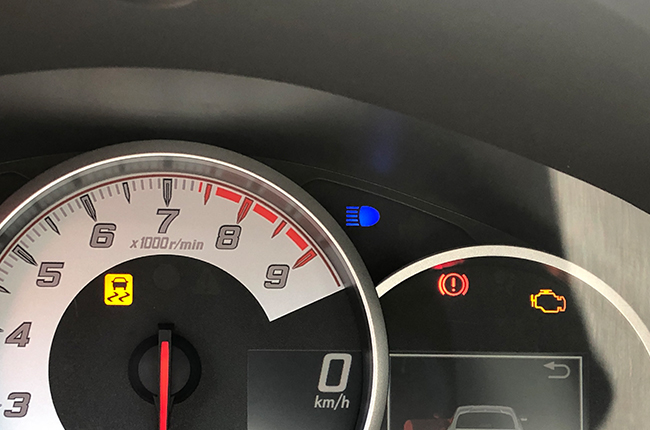 First of all, let’s talk about high beams. High beams, sometimes called full beams, give out an intense and center focused beam of light that helps supplement your low beam lighting in dark driving conditions. All vehicles on the road have an option for low and high beams, controlled by a stalk or switch that the driver operates. You can also flash the high beam (called an optical horn) with the flick of the stalk.

Your lighting mode is indicated on both the stalk and your instrumentation. A green symbol for headlights mean that your headlights are on, while a pair of small lights that signify the corners of a car mean that your parking lights are on. These symbols can differ in some manufacturers, like Lexus where the usual parking lights symbol means your headlights are on. If you see a blue headlight symbol on your dashboard, it means that your high beams are activated. You can also tell by the higher beam in front of you and how everything seems to be lit up on the road ahead, or how the oncoming driver is wincing in pain. Normal driving conditions do not necessitate the use of the high beam. When there are other cars on the road, whether they are oncoming or going in the same direction as you, you should never use your high beam. You are blinding people by shining a bright light in their mirrors and faces, and you make it dangerous for everyone else on the road. It’s a selfish act that shows that you have no idea what those symbols on your dashboard mean, or you really don’t care about others, in which case you can just hand in your license to the LTO and stick to being a passenger from now on. If you have to use your high beam, remember to switch them off when you have a vehicle in close proximity. Provincial roads with no street lighting or suburban areas that have less development are acceptable areas to drive with your high beam on. Once you clear other vehicles and traffic, you may use your high beams, but be on the lookout and be ready to switch them to regular low beam again. Simple, right?