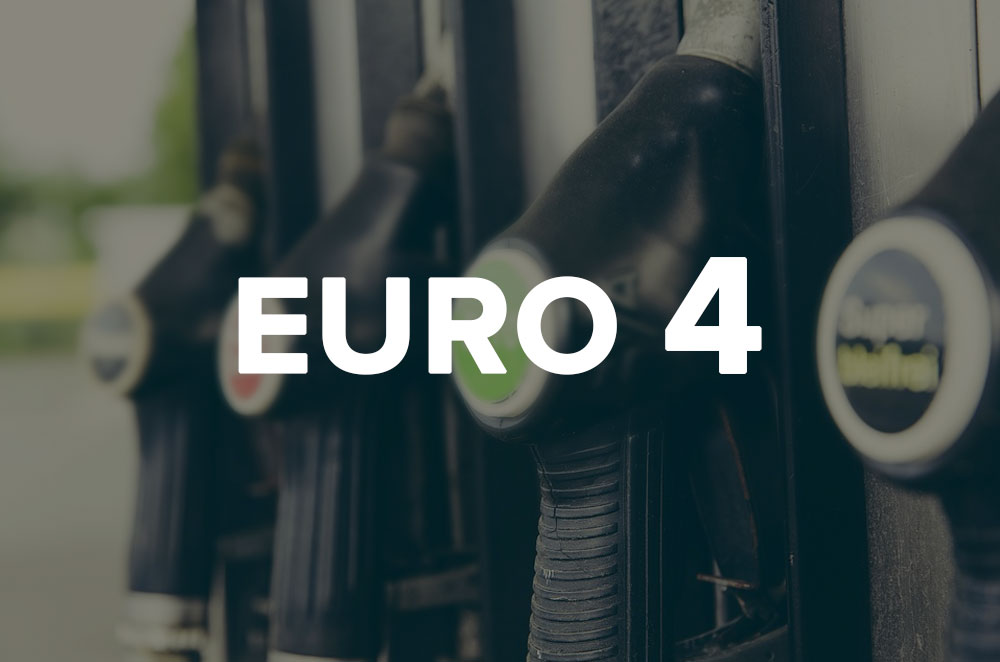 With the number of vehicles roaming on the streets around the world, who is there to monitor the toxins being emitted out in the air? Good thing, the European Union (EU) made the Euro emission standards to limit the amount of harmful chemicals that spreads in the air.

If you're wondering what it means and why we need it, just think about the chemicals being emitted by millions of vehicles across the entire planet. These chemicals pollute the air that all humans and animals, including plants, breathe; more pollutants simply means health problems, and more health problems could possibly lead to increased mortality rate.

What does European emission standards mean?

Basically, the Euro emission standards seek to limit the vehicle’s toxic gas in hopes to attain a cleaner, breathable air. The 1st Euro level (Euro 1) was introduced in 1992 as an initiative by the EU to regulate and standardize the amount of carbon monoxide (CO) and other poisonous chemicals being emitted by motor vehicles.

Currently, there are 6 levels of Euro emission standards adopted in different parts of the world. The latest, Euro 6, was introduced in September 2014 – 22 years after the 1st emission level came out.

The highest Euro level only permits CO emission of 1.0g/km for gasoline and 0.5g/km for diesel. It is focused more on lowering the Nitrogen Oxide (NOx), which is also harmful to humans, as well as to animals.

Current Euro level in the Philippines

The Philippines is now following Euro 4 emission standard. To put things in perspective, North America and Europe have implemented Euro 3 in 2005. Clearly, we are behind when it comes to emission standard, which could be attributed to the country’s lack of resources.

Of note, the Philippines’ Department of Environment and Natural Resources (DENR) pushed for the implementation of the Euro 4 compliance in July 2015. However, a number of local oil companies and automotive manufactures stressed out that they prefer to follow the original timeline set by the Department of Energy (DOE), which is January 2016.

The upgrade from Euro 2 to Euro 4 reduces the toxic sulfur that comes out of the combustion engine by 450 parts per million (ppm), both on diesel and gasoline. Benzene, which is also considered harmful to humans, was also cut off by 4%. Standard CO emission permitted by Euro 4 on gasoline is 1.0g/km, while it's 0.5g/km for the diesel.

The local implementation of Euro 4 limit falls under the "Philippine Clean Air Act of 1999," which requires vehicles with Euro 4 fuel to comply with the standards issued by the DENR. In case you’re wondering, oil companies that were offering Euro 4-compliant gasoline and diesel fuel before the implementation include Unioil and Petron (for gasoline).

So, what does Euro 4 promise that Euro 2 cannot?

By numbers, Euro 4 is heavily more stringent than the Euro 2 emission limit that was formerly implemented in the country. We are talking about 50% less CO emission and far more less other chemical compounds when compared side by side. 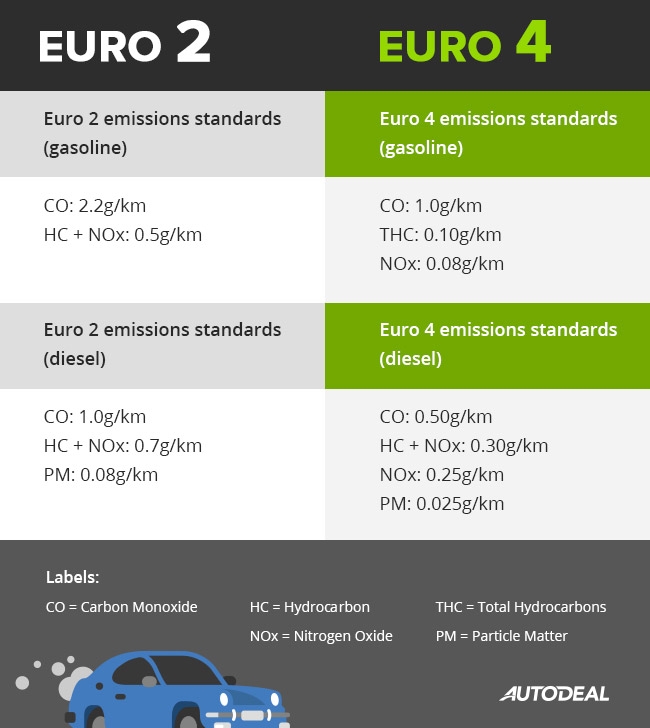 These are significant differences in terms of nature preservation, as well as for our wellness. Without the Euro 4 emission standard, the presence of pollutants from vehicles emitted to the air would result to foggy visibility, acidic bodies of water, unhealthy vegetation, poor aquatic life, and corrosion of natural and man-made structures (metal, marble, among others).

While the effects on the environment are disturbing, the causes on our health is much worse. This is because these chemicals target and impair the respiratory system, specifically the lungs. Compromised lung function may lead to bronchitis, asthma, and other respiratory and cardiovascular illnesses, which may result to more serious conditions.

It’s an open secret that climate change is real and is already happening. The Philippines may be behind when it comes to the level of emission standard but, Euro 4 is surely way better than Euro 2.