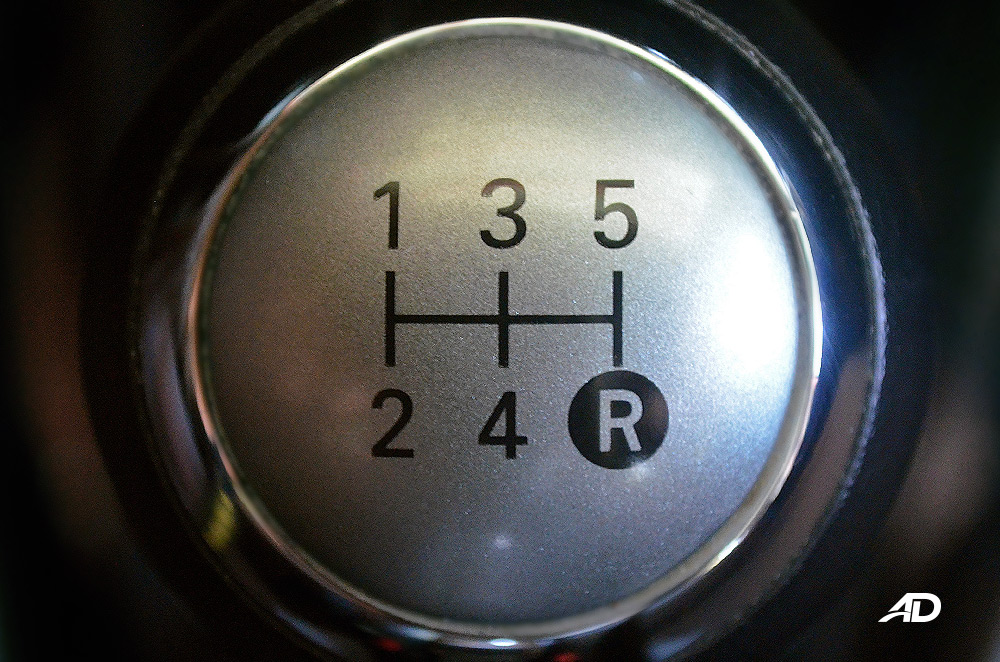 What is a manual transmission?

Related: Should you go for Manual or Automatic transmission? – Editor Speaks 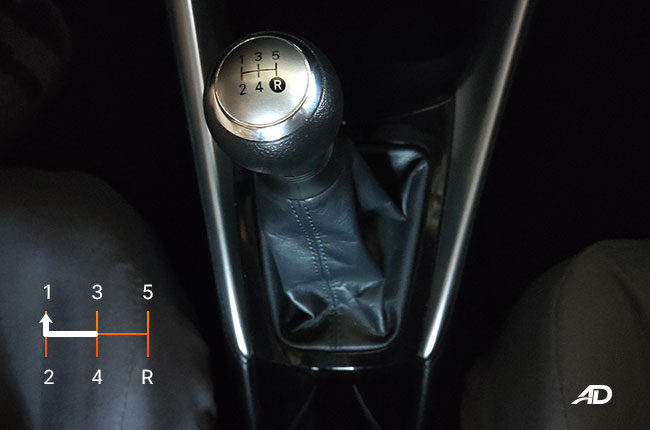 As the name suggests this is typically the first gear that you select when driving away from a complete stop. Aside from being your take-off gear, It can also be used to hold the vehicle in place when it is parked in an uphill or downhill situation. However, this technique should be used in tandem with the handbrake to hold the car in its position. The handbrake must be applied first before you shift the transmission in first gear in order to make sure that the load of the vehicle isn’t being primarily held by the gearbox.

When should you shift up?Ideally, you should enter the next gear by the 2,000 to 2,500 rpm range. Conversely, you can do it at around 20 km/h. You can also follow the general rule of shifting at every 20 km/h if you wish to do so and if you’re driving normally.

Related: How to start and stop a manual car The second gear in a manual transmission is typically the next gear that you select when you want to go at a higher speed. It can also be used to get the vehicle moving from a quick stop or from a situation where you need to slow down below 20 km/h and need to get moving again. As long as you don’t come to a full stop, you can keep your transmission in second gear.

Optionally this gear can also be used as your take-off gear while in traffic or during low traction situations where you want to mitigate wheel spin as much as possible. This can also be used on manual transmission turbo diesel vehicles as they come with high low-end torque. While the use of starting in 2nd gear typically is used in countries where snow is encountered, it still can be applied to the Philippines so long as your vehicle can handle it. Remember that you could burn out your clutch and put a strain on your engine if you start your vehicle from a dead stop in second gear as it has to work harder to get the car moving.

When should you shift up?The same logic applies to this for first gear. Anywhere between 2,000 to 2,500 RPM is fine which is about the 30 to 40 km/h area depending on your vehicle’s gearing. You can also shift according to your personal preferences if you choose to do so. 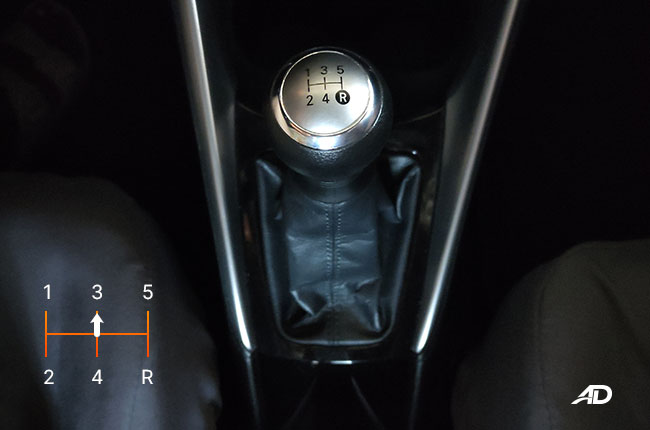 Third gear is usually used for situations where you are driving your vehicle anywhere past the speed of 50 to 60 km/h. However, this will still depend on the gearing of your vehicle so adjust accordingly. You will not use this gear to get your vehicle going from a dead stop, unlike first or second gear.

When should you shift up?Similar to the other gears previously mentioned you can upshift to a different gear at around 2,000 to 2,500 RPM to give you just the right balance of power and fuel efficiency at the same time. Optionally you can shift wherever you feel comfortable doing so depending on your driving habits.

If you want to get more power out of your vehicle, however, you can shift to a lower gear and put your engine at a higher RPM, or simply hold the gear you are currently in a few ticks before you reach the redline of your tachometer. For most vehicles, more power is made past the 3,000 RPM range for gasoline-powered cars, and about 2,500 RPM for diesel vehicles. Be careful with downshifting because you can cause your engine to overrev, and you will consume more fuel in the process. 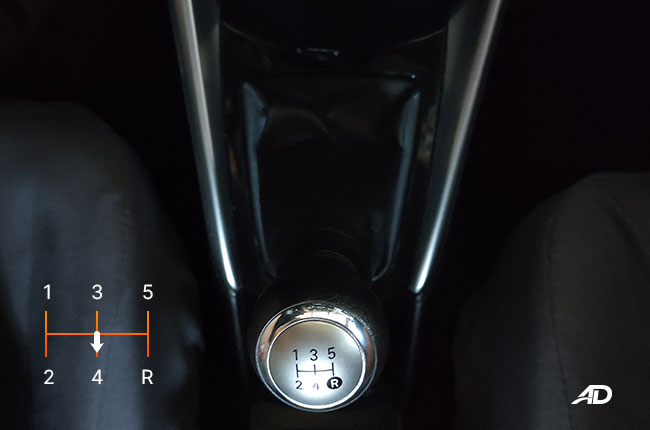 Another gear meant for higher speeds is the fourth gear. This is for speeds typically above the 60 km/h mark.  Aside from being used at higher speeds this gear isn’t used for any other purpose. Your shifting point for this gear may also vary depending on personal preferences or if you are after performance driving or fuel economy.

5th gear and beyond 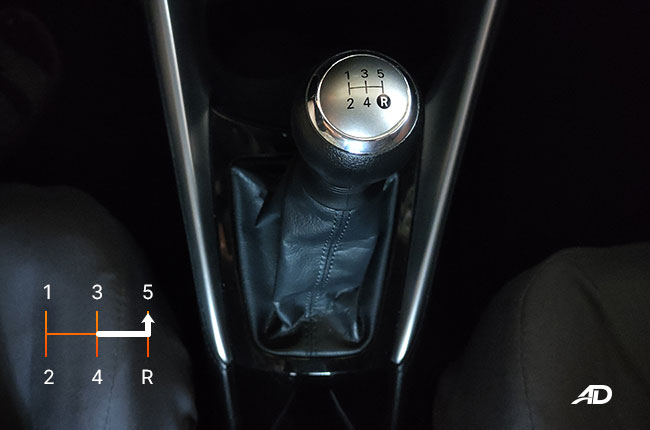 Typically reserved for highway speeds, this is typically the last gear to shift into as it is the tallest gear. It keeps the engine’s revolutions low while still letting it maintain a high speed without much effort. 5th gear is typically used for speeds above 80 km/h depending on the gearing of your vehicle. For manual transmission vehicles with more than five gears, the remaining gears will be the overdrive gears fulfilling the same purpose of lowering the engine’s revolutions. You can follow the general rule of shifting at every 20 km/h increment or when you feel like you should. 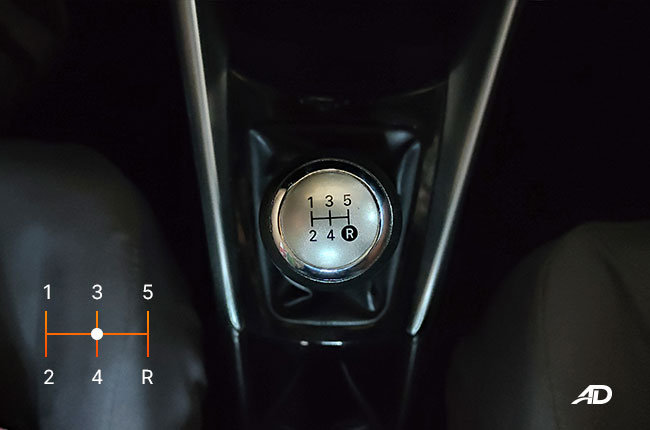 For idling or when you are stopping, Neutral is the gear to go to. This gear disengages the transmission from the engine and allows it to spin freely without it transferring power to the wheels thus preventing it from stalling when the clutch is not depressed.

When used in the process of bringing a vehicle to a complete stop, there are two schools of thought. The first is to shift it immediately into neutral as to avoid stalling the engine then apply the brakes, while the second is to keep your vehicle in gear and at the last moment shift it into Neutral. The latter school of thought gives you extra braking power thanks to engine braking, however, it does increase the chances of you stalling your car.

Another use for Neutral is the default gear to go to when parking your vehicle on a flat surface. In this situation, there is no need for you to put your transmission into first gear as the handbrake is more than enough to keep it in place. 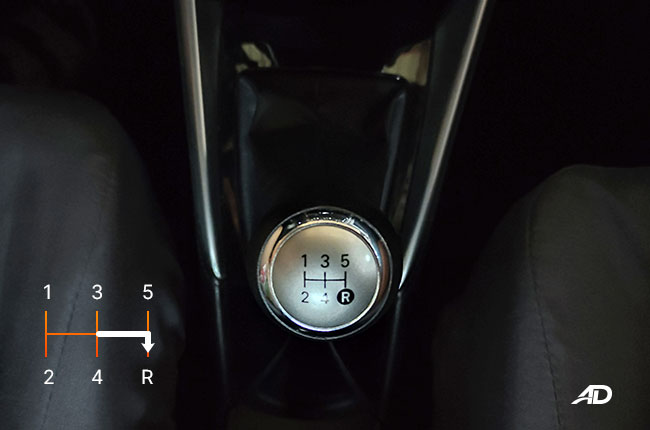 The reverse gear is what you use when parking your vehicle going backward. It can also be used to hold a vehicle in place if your vehicle is parked in a downhill area similar how to the first gear can be used. However, the same principle applies as the handbrake must always take the initial load of the vehicle.