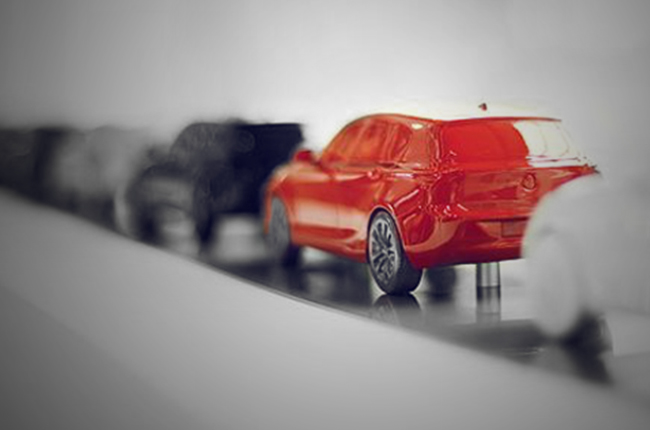 It’s that time of year again where love is in the air, and Tikoy is served at the dinner table after a hearty meal. February is the season of love and, for 2018, another year for the Chinese lunar calendar. Of all the things associated with these two dates, one thing stands as a common denominator: the color red.

At Autodeal, we have decided to create a list of the most iconic vehicles in red, in no particular order, and from any era. Here’s to precious moments with your special someone, and a Happy Chinese New Year! Created to celebrate the 40th anniversary of Ferrari, the F40 was the last automobile personally approved by Enzo Ferrari. In 1987 to 1992, it was considered the fastest and most expensive Ferrari made. Oh, and it looks stunning in red. Light, fun to drive, and with charming good looks, the Mazda Miata (now known as the MX-5) is the world’s best selling two-seat convertible sports car. Since its introduction in 1989, the Mazda Miata has gone through many changes, but the smiles never fade when you get behind the wheel. Developed in house by BMW’s motorsport division, the M badging before the number always meant business. The performance versions of the 3 Series initially started out as coupes, with sedans and shorter lived convertible types being released later on. Red usually means fast, and this car wears the color proudly. One name: Tommi Mäkinen. That pretty much gave away how special that red colorway on the Evo VI was, and will always be. Aggressive styling and turbocharged goodness with all-wheel drive meant a killer platform for motorsport. A proper rival to another Japanese brand that’s better in blue. Iconic and in many ways, a direct progression from the classic jeeps used in World War 2, the Wrangler has always featured flared fenders, a fold-flat windshield, and can be driven without doors. Perfect for those road trips to the beach. Designed by Massimo Tamburini, one of the greatest motorcycle designers in history, the Ducati 916 is regarded as one of the most beautiful motorcycles ever. Underseat exhausts, a single sided swingarm for quick tire changes, and a fantastic 916cc engine meant that the 916 would go on to win every Bike of the Year award from magazines in 1994. Stunning in red and extremely rare.