The Mitsubishi Mirage G4 has been a popular option for those looking to get an affordable and fuel-efficient sedan. It was introduced back in 2012 and since then has turned into a great success for the Japanese automaker that has since built a great following behind it in the Philippines. With that said and with the Mirage G4 recently getting a facelift, does it still have what it takes to be a crowd favorite? In its latest version, Mitsubishi has done quite a lot to makeover the Mirage G4. The automaker has built upon what the previous model has already established by creating a solid platform and has enhanced it by giving it a Dynamic Shield design language makeover. This gives the sedan a new set of headlights, grille, front fenders, new wheels, and a new hood. While these changes are substantial and help give the sedan a more modern and sporty look, it still retains some elements that many have come to enjoy and love about the vehicle with its simple but effective design. That being said, it’s a new look but still with a familiar style, something that current owners and prospective buyers will come to like about its latest iteration. 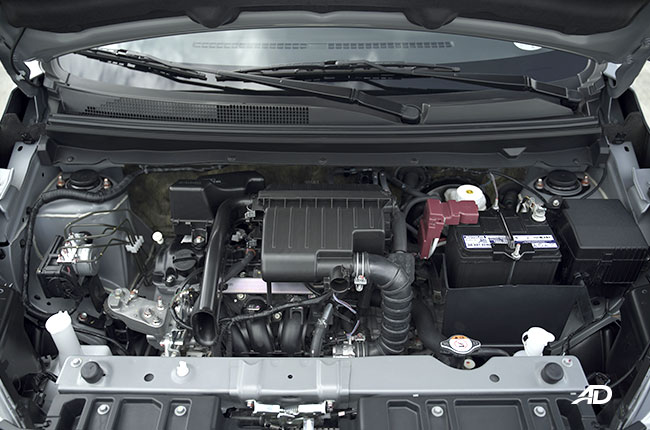 Powering the Mitsubishi Mirage G4 is its naturally aspirated 1.2-liter gasoline engine. While this isn’t the most powerful motor available on the market today, it pairs well with the sedan and has become a feature of the car that helps make it highly sought after. While on paper it may not have a lot to give in terms of power, what it returns is stellar fuel efficiency which is something that many first-time and experienced buyers alike will surely like about the sedan. The engine still makes 76 hp and 100 Nm of torque and is mated to either a 5-speed manual or to a CVT. It’s capable of returning 12km/L in the city and 23km/L on the highway or higher depending on the driving conditions and how you drive the vehicle. 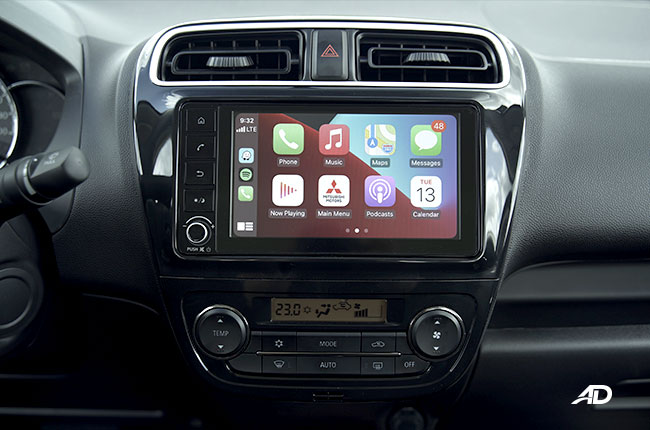 Mitsubishi Philippines with the latest facelift to the Mirage G4 has also updated its interior technology. The Japanese automaker has given the sedan a new infotainment system that retains its 7-inch form factor but now has Apple CarPlay and Android Auto connectivity. This new range of connectivity, allows the driver of the vehicle to easily connect their smartphone to the head unit. This then allows the driver to stream their favorite music via their preferred phone application and use their preferred applications for navigation. Overall these new connectivity features make the sedan an even more attractive proposition for those looking to get an affordable yet modernized vehicle.

A familiar and utilitarian interior 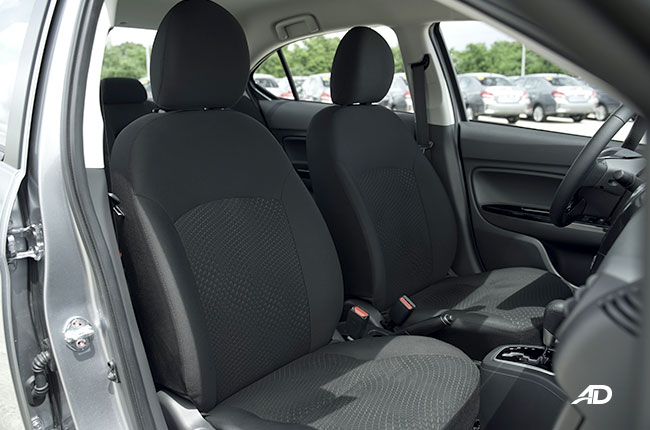 As the facelifted version of the Mitsubishi Mirage G4 has carried over its interior layout and design, the vehicle has still retained its utilitarian and durable interior. Everything still works without a hitch as the sedan still retains its simple yet functional cabin layout. All of the controls are easy to use and everything is well within reach. There are still a good number of storage locations available throughout the cabin of the vehicle and the two cup holds are still present and are conveniently positioned. With that said, it’s still the same familiar interior, but this is something that new users and owners of the vehicle alike will come to appreciate. With the facelift of the Mitsubishi Mirage G4 comes a small increase in price. The sedan is now priced between P769,000 to P899,000 which puts it in contention with much bigger vehicles. That said, it still retains a competitive price point despite the increase thanks to the new features that it brings along with its new design. While its price increase is noticeable, what you get for the sedan is a tried and tested platform with an established local community of enthusiasts for it. This makes owning the car much easier as there are many people you can consult with if you want to seek advice for your own Mirage G4. That being said, it’s still a value-packed option for those looking to get their first car or an affordable sedan for the family.