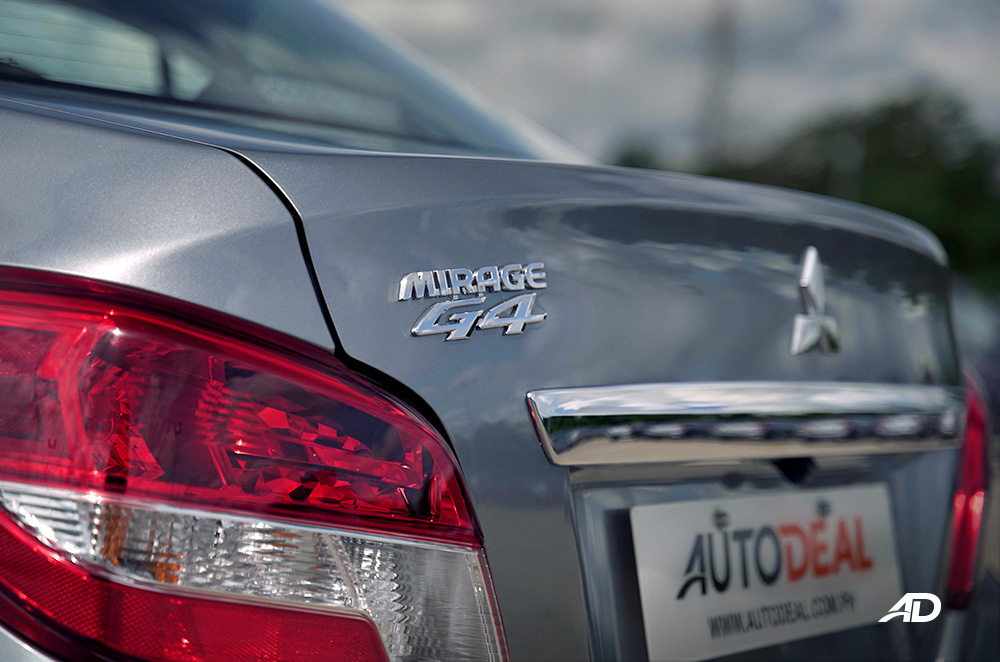 Updates keep a car fresh and relevant throughout the years and this is what Mitsubishi Philippines did with the Mirage G4. The Japanese automaker gave it a sleek new face along with minor changes to the body of the vehicle. While the face of the Mirage G4 is all-new, the rest of the vehicle still uses much of the same parts of the older model. Of course, the taillights have been updated and the bumpers as well, but much of the same parts can still fit on the updated model. Aesthetically speaking, the new styling of the Mirage G4 makes it very much worth it, but there is more than just style to consider when buying a new car. The interior of the Mirage G4 is still a familiar space. This is great for fans of the vehicle who want to upgrade to the latest model. There are a few changes here and there with new materials being used and a new gauge cluster as well. We even had a talk with an insider from the assembly plant and found out that Mitsubishi gave the air conditioning system of the sedan an upgrade which is great, especially for a tropical country like the Philippines.

So is it still worth it with only minor updates to the interior? If you are a fan of the nameplate then yes it is. If you were interested in it before and want to buy it now then yes it is also worth it. However, if you expected a radical change for this model, then it may not be your cup of tea. Mitsubishi has done well to keep the Mirage G4 relevant by giving it an updated head unit. While the older models didn’t have access to features such as Apple CarPlay and Android Auto before, this new one does. This makes using phone apps like Waze and Google Maps a breeze along with entertainment apps like Spotify or Apple Music. It's the small things that make a big difference especially as the market is shifting to have this kind of technology as standard.

This makes it all the more attractive to those who want a car that just works but doesn’t necessarily come with the latest technology. There are some car buyers out there that don’t want to be overwhelmed by features such as a 360-degree camera and would rather have the good old reverse camera and backup sensors instead. For those who like it simple but still tech-packed, the Mirage G4 presents itself as a great option. Under the hood, the Mitsubishi Mirage G4 has a 1.2-liter 3-cylinder engine. It still produces 77 hp and 100 Nm of torque and is mated to a CVT. Just like before power is still sent to the front wheels. While nothing has changed when it comes to power output, this can be a good thing as the sedan and its hatchback counterpart have been known to produce great fuel efficiency figures. For those who want a fuel-efficient daily vehicle, the Mirage G4 delivers well in this respect.

A slight increase in pricing When cars get facelifts or upgrades, their prices tend to increase. This is done to account for economic changes or to balance out the addition of new technology. While the Mirage G4 was touted before as one of the great affordable vehicles you can buy today, its pricing has gone up significantly. At its most expensive it now costs P929,000 which puts it dangerously close to its other competitors that can offer you a whole lot more for the same price point. That being said, if you want a tried and trusted platform with a few upgrades then you can't go wrong with the Mirage G4.

Overall, the Mirage G4 still presents itself as a vehicle for owners that want something stable. The minor upgrades do the sedan justice in keeping it relevant and competitive, but its higher price tag can be a bit of a turn-off for some who expected more to come out of this newest upgrade to the nameplate. That being said, the strengths of the vehicle haven’t changed. It's still one of the most fuel-efficient city cars out there and one of the most reliable as well making it a great choice.