The Volkswagen T-Cross has been around the crossover for quite some time. It comes with a unique set of features targeted toward millennials who want something a little bit different and something that they can use as both a lifestyle vehicle and much more. When it entered the market it was praised for its modern and colorful interior which was something that made it unique to the segment. It also came with Apple CarPlay as standard which was great for those looking for connectivity in their vehicle.

That said, Volkswagen Philippines gave us the chance to revisit this vehicle with their media drive taking us to Tagaytay and back. The drive aimed to showcase the T-Cross not only as a point A to point B vehicle but as a vehicle that can do more than just one thing. We took also took it as an opportunity to renew our first impressions of the vehicle to see how it has stood the test of time compared to the newer competitors that have since entered the market. 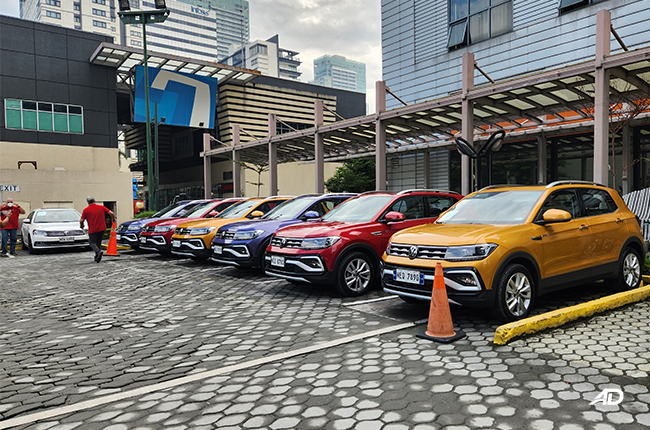 The start of our journey began at AC Motors Centrale, where we were grouped and had our standard COVID-19 testing. After a quick breakfast and a quick briefing, we were ready to set off on our trip. One of the first things we noted was that the T-Cross stood out well in a parking lot of rather monotone color cars. The colors were as bright and as youthful as ever hinting at the millennial targeted market. We then got into our cars and headed out of the city and onto the open road to Kap’ean which was our next destination.

While on the open road, it was fine as a cruising machine, NVH was still good with not much engine noise or road noise making its way into the cabin. One thing we did note before was its average power figures which made itself apparent when we started to head up to Tagaytay. There the car would gear hunt from time to time with the transmission automatically shifting to a higher gear when it sensed that you didn't need power. The ride, however, stayed about the same as when we first had the car. It was smooth, it was pliant, and overall not many complaints in this department. There was a bit of body roll present in the corners but again the T-Cross is tuned to be a comfortable city car and not a mountain road carver. Overall it wasn’t bad as a road trip machine, its soft suspension surprised us as it kept most of the bumps at bay. When there were bad bumps it took it in stride but still remained comfortable. Upon arrival at Kap’ean, we were treated to some snacks and proceeded with the activity of making pottery. This stop in the road trip showcased the lifestyle aspect of T-Cross as it can be both used for work and leisure. At the venue, we also got a chance to take a few pictures of the Volkswagen crossover outside of the city which is its natural environment. It looks good in the urban jungle and even better out of it as its bright colors make it pop in a sea of green scenery. While on the way, we got a few looks from a few passers-by on the road which indicates that the T-Cross is still quite the looker despite its relative age in the market. After our pottery session was over, it was time to hit the road again to go to Hillbarn Tagaytay for lunch and our final stop of the day. We wouldn't be taking highways this time around but provincial roads. This gave us time to get familiar with the car on bumpier segments of the road and to test out its suspension. We noticed that while it was comfortable in the initial part of the journey some potholes would cause the suspension to bottom out fairly quickly. Regardless of this, it was still a comfortable experience and we weren’t rattled when we hit a pothole or two. We also used this time to use the gesture control feature for the head unit which we found out works only at a certain distance away from the infotainment system itself. It's still a great feature to have and is a nice party trick to have to impress your friends as this is only typically seen on more expensive models such as BMWs. 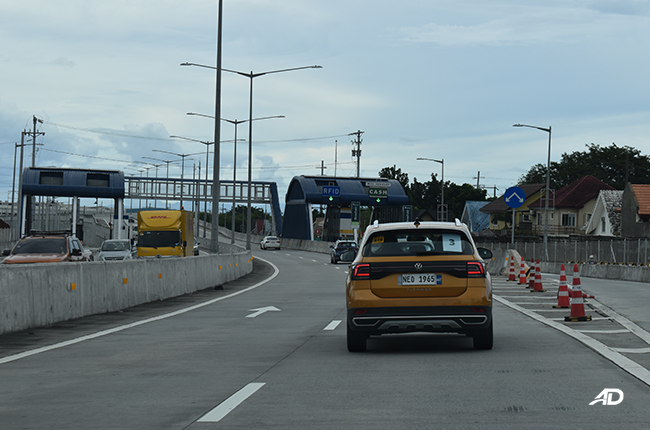 Overall, the T-Cross certainly does have the capabilities of being more than just one thing. Its bright and colorful exterior lets it stand out in a sea of otherwise monotone vehicles. Its color-matched interior still looks good and is a breath of fresh air from the otherwise black and red interiors of its competitors.

It may not have the power but it's certainly fuel efficient as we were able to use up only a quarter of a tank for the entire round trip. Take note that the T-Cross only has a 43-liter tank, so we only used about 10 liters of fuel for the whole trip. This also makes it a great candidate for those looking to go out of town in a fuel-efficient vehicle.

The T-Cross may not be as flashy as its competitors but it will full fill the needs of the driver. What it gives you is a great point A to B machine that can also double as a lifestyle vehicle. The crossover is adaptable enough that you can accessorize it to almost whatever you need it to do as Volkswagen has even equipped their showroom unit with a collapsible tent on its roof.

So, to end, is the T-Cross a  great candidate for your next road trip buddy and lifestyle vehicle? To answer the question, in short, yes if you are after a crossover that is frugal on gasoline and if you are after a more leisurely drive when heading out of the city. As a lifestyle vehicle, it's also a yes as it comes with a design that won’t age too quickly and has a bright interior that helps it stand out from the rest.

It's a feature-packed vehicle that comes with everything that you need and might want in a compact crossover, it's easy to drive, and well behaved. While its other rivals may boast the same number of features, if a vehicle with a VW badge is what you're after in your garage, then the T-Cross is certainly the model to get.

If you're ready to buy Volkswagen T-Cross, you can reserve online!