The Toyota Rush has been in the automotive market for quite some time now. Originally making its debut back in 2017 the 7-seater vehicle quickly became a popular choice for those looking for an affordable means of transportation. Toyota Motor Philippines (TMP) also recently updated the Rush lineup, making all models now come available as 7-seater vehicles and adding a new feature that makes the vehicle easier and more convenient to drive. With that said here are a couple of reasons why the Toyota Rush is a great choice for those looking to get an affordable 7-seater vehicle. 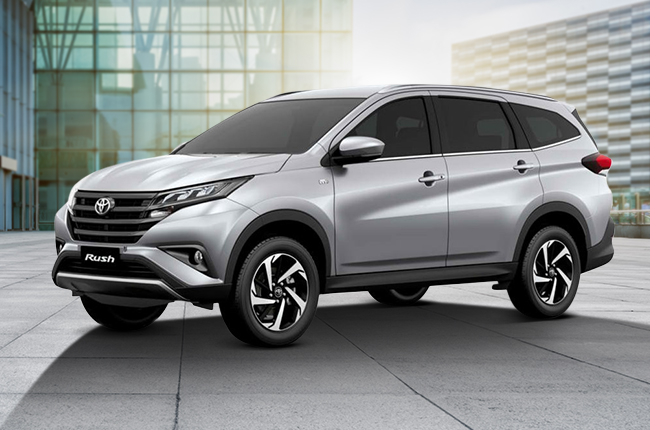 When you think of a 7-seater vehicle, what would normally come to mind is either an SUV or a van-like MPV. The Rush takes the best of both worlds and combines the flexibility of an MPV and the looks of an SUV and puts it into one neatly packed vehicle. It comes with strong character lines and an imposing stance that many Filipinos seem to love. With its rough and tough looks many buyers have also given the vehicle the nickname “baby fortuner” thanks to the styling cues that it shares with its bigger brother. To add to this the Rush also comes with an impressive 200mm of ground clearance, making it an ideal vehicle for those who need the extra height to go over obstacles or through floods. While some may not consider this a big deal, TMP recently gave the Toyota Rush an update in which all of the models now come with a reverse camera and an infotainment system to support the feature as standard. A minor update, however, it does make the vehicle much easier to drive and much more convenient to use. This is an especially handy feature to have for new families or for new drivers who aren’t yet used to driving longer vehicles. Having a reverse camera helps the driver seat what's behind the vehicle more clearly but it also helps them maximize tight parking spaces. It can also be a handy feature to have while backing out of a parking spot to give you a better view of your surroundings. The new updates is a more than welcomed feature that will help give the Toyota Rush an edge over its competition. 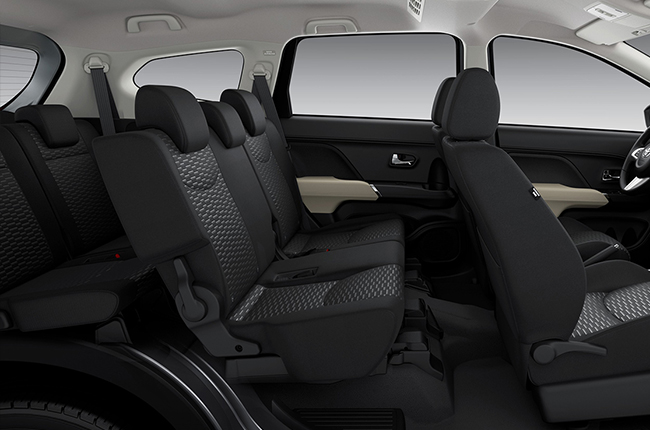 If you are looking for a vehicle that is big on space but small on price, then the Toyota Rush is one of your go-to choices. The vehicle presents itself as an ideal option for those with a growing family on a budget, and for those who are looking to get a spacious car that won’t break the bank. Given that all models are now 7-seaters, the Rush also comes with modular seating that can help you further maximize the space inside. With that said the seats can be folded to allow more space for cargo or the seats can be put back up to allow more space for passengers inside. While the Toyota Rush isn’t the most luxurious vehicle on the market, it does well to ensure the longevity of its interior. After all, cars are an expensive purchase and having something that will last long especially through the daily wear and tear is an important factor to consider. This where the Rush excels as its interior was made to be functional yet durable at the same time.

Piano black plastics are present in the vehicle, however, these are located towards the center of the cabin and not on the door cars of the vehicle. The positioning of these accents is critical as it uplifts the look of the cabin while being in low-touch areas to avoid scratches. The interior is also easy to maintain as the plastics and the seats are uncomplicated to clean. Even a damp cloth or some mild cleaner will do the trick. An especially handy feature to have if you have a growing family with messy kids. There is even a touch of luxury in the vehicle as it comes with a faux leather effect for certain trims. If safety is a concern for you, then don’t worry as the Toyota Rush comes with a 5-star ASEAN NCAP rating. In its 2018 crash safety testing the small SUV was able to get a score of 85.42/100, awarding it a 5-star safety rating. The Rush excelled in the adult occupant protection category and scored 31.14 for its various tests. When it comes to its child occupant rating, the SUV is no slouch either as it comes with a score of 41.81 for its various tests. It was also even able to get a score of 15 for its safety assist technology. With that said, thanks to its multiple airbags as standard for the entire model lineup, the Toyota Rush presents itself as an ideal vehicle for those looking to get an affordable 7-seater SUV.

If you're ready to buy Toyota Rush, you can reserve online!