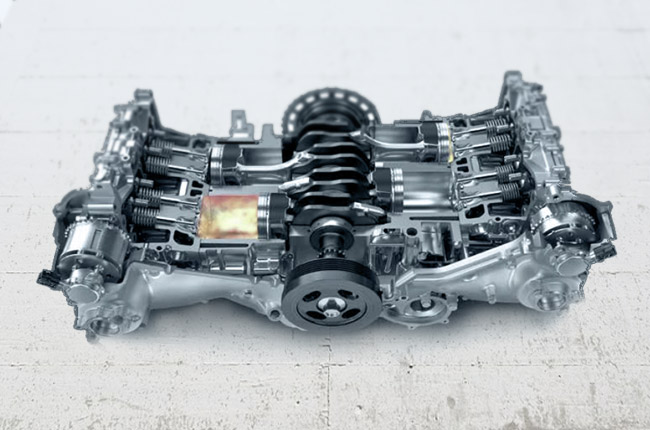 Japanese carmaker Subaru is well-known for having its entire lineup fitted with the horizontally-opposed internal combustion engine, or more popularly known as the Boxer. But what makes it stand out from conventional engines like the inline and the V-type?

Unlike the 2 common engine types, the Boxer is more compact in design with its cylinders arranged flat and facing opposite each other. This allows engineers to place it lower under the hood, thus reducing the car’s center of gravity for a much more stable ride.

On top of that, the opposing orientation of the pistons provides a smoother engine operation with lesser noise and vibration. That’s because the pistons on one side are countered by the movement of the pistons on the other side. Think of the design as 2 boxers facing opposite each other while throwing punches (hence the name).

The Boxer engine is also one of the most important aspects of the brand’s Symmetrical All-Wheel-Drive system. The system is bolted as low as the Boxer and is positioned longitudinally at the center of the car. This evenly distributes weight, power, and torque to all 4 wheels.