The Nissan Terra was perhaps one of the better-equipped SUVs in its segment. With its around-view monitor being one of the big features that Nissan Philippines is pushing to help consumers commandeer a sizeable vehicle. This time around, the Terra gets a different grille and rear spoiler as standard from VE variants to VL variants. The grille in the 2020 model is now black and chrome, a departure from the prior year’s silver and chrome grille. 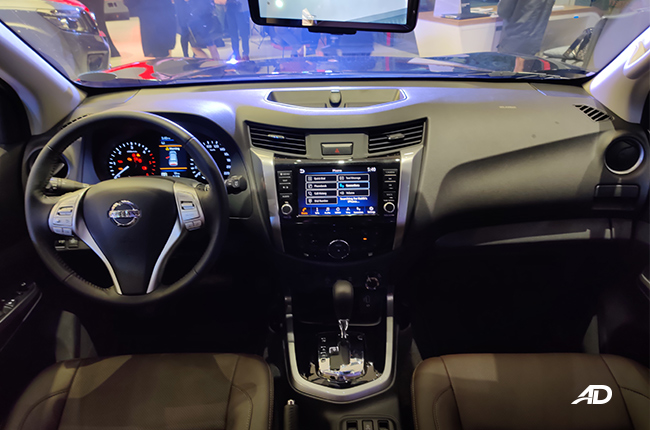 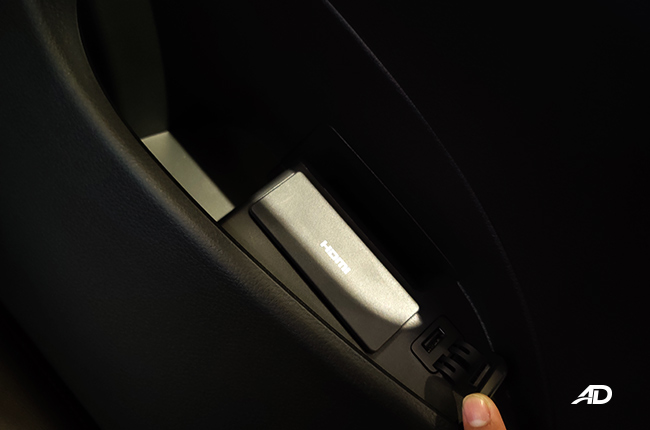 Stepping inside the new Terra, you can expect the same subdued interior that the car is known for. The SUV’s infotainment is now new and improved. While previous iterations have the around-view monitor’s display embedded in the rearview mirror and need a relocator kit to transfer the display output into the infotainment screen, this model has the around view monitor display in the infotainment. On top of that, you get the new Nissan Advanced Display Audio as well as a slightly bigger screen at eight inches in diagonal length. You also get Apple CarPlay and Android Auto functionality from this head unit, which brings integration between the car and driver to the next level. To keep rear passengers entertained, Nissan has improved the rear monitor. This display doesn’t mirror the front display anymore which could be a safety risk. Instead, an HDMI port at the third row can plug into any device with the said port for the rear passengers to enjoy any kind of media from a supported device. Those looking for more utility can opt for the Nissan Navara Black Edition, which has black and orange accents scattered all throughout the exterior and interior of this midsize pickup. The exterior features bright orange accents on the side mirrors, door handles, bumpers, and step boards. The Navara also rolls on a set of blacked-out wheels. Nissan paid attention to the details here, as the grille and headlights receive a splash of black. On the note of the headlights, the housing is given a bit of an eyeliner effect. The “Black” in the Black Edition name refers to the black accents found all throughout the exterior of the car. Moving over to the interior, one can find that the orange accents bleed into the cabin. The most notable difference that consumers will notice is the combination of leather and fabric seats, which promise a good mix of durability and comfortability on hot days. Orange accents are found all throughout the interior which can subjectively be a huge selling point to the right buyer. The Nissan Advanced Display Audio system makes another appearance in this special edition to round out the update and give consumers more incentive to get this model.

Pricing of the Terra variants was increased in conjunction with this update. Pricing for the Terra VE and VL variants are as follows:

The Navara Black Edition may be a little more expensive than the standard Navara, but the infotainment system paired with its accessories may make it a good value in the eyes of some. Here are the prices: