Toyota Motor Philippines (TMP) officially launches the refreshed Toyota Wigo. The small Japanese hatchback now comes with exterior looks and more technology than before. The Toyota Wigo has been around in the Philippines since 2014 and received a facelift in 2017. The newest iteration of the vehicle marks its third design for its model life span. Looks like Toyota is sticking to the old adage of if it ain’t broke don’t fix it. On the outside, the refreshed Wigo looks familiar still carrying over the same shape and design as the older model. It, however, now comes with a new set of front and rear bumpers along with a new body-kit for the range-topping TRD-S variant and a new set of rims. The addition of the new aesthetics gives the vehicle a more aggressive look. It also now also comes with power-folding side-view mirrors for the higher trim variants of the small hatchback. 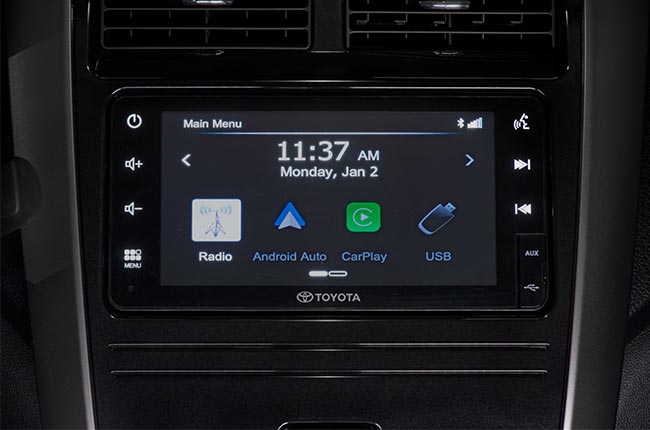 The interior of the Wigo remains familiar with the vehicle retaining the same layout. However, there is one big difference and it's at the center of the dashboard. The 2020 Toyota Wigo now comes with a new 7-inch infotainment system that comes with Android Auto and Apple Carplay capabilities for the TRD-S and G variants. The E variant, on the other hand, only comes with a standard 2-DIN head unit. For those opting to get the range-topping trim-level, it comes with the added bonus of having voice command capabilities included with the new infotainment system. The TRD-S variant now also comes with a push start button to make starting and stopping the car much easier and without the need to turn the key. The refreshed Wigo also comes with a backup camera for the higher trim variants letting the driver easily park the vehicle.

Under the hood of the refreshed Toyota Wigo beats the same heart found in the previous generation. It is still powered by a 1.0-liter 3-cylinder motor that produces 65hp and 89 Nm of torque. Transmission options remain the same as it can still be had with either a 5-speed manual or a 4-speed automatic transmission.

If you want to get your hands on the 2020 Toyota Wigo we highly recommend using our Buy Online feature to make your buying process much easier. Prices for the all-new Toyota small hatchback are as follows: