Hot off the launch of the Honda City sedan in Thailand, the automaker has yet again launched two new variants of the vehicle for the local automotive market. The Japanese brand’s Thailand branch has just launched the Honda City hatchback and the Honda City e:HEV, two new models to complete the subcompact car’s lineup. 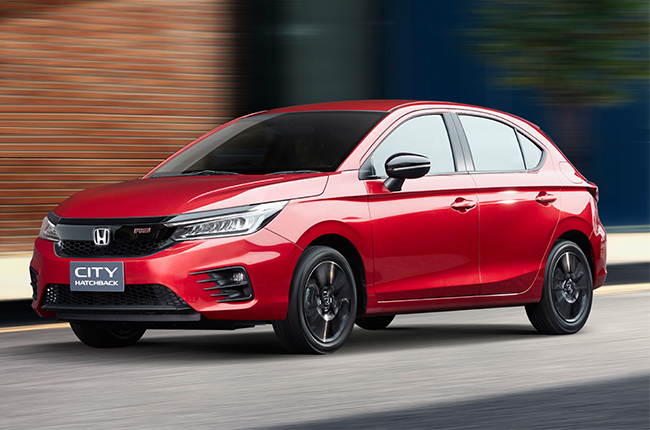 On the outside, the Honda City hatchback remains similar to its sedan counterpart retaining the same design elements. It comes with sharp new LED headlights and a new grille design from corporate grille design from Honda, along with new fog light accents and housings located on the lower bumper. Overall the hatchback version of the City retains the same look and feel as its sedan counterpart. At the rear, the hatchback has also even retained the same taillights as its sedan counterpart. Coming in with a flowing LED strip that moves towards the quarters of the vehicle. Since it is a hatchback there is no trunk to be found, only a hatch that comes with a roof-mounted spoiler. Just like in its sedan form, the City hatch also comes with a sport bumper with cuts on either side that act as reflectors. A notable design addition is a lower bumper accent that has a split in the middle that gives the rear of the vehicle a sportier look. Overall the redesign to a hatchback looks good and there is no mistaking that this vehicle really is a Honda City at heart. The Honda City e:HEV, still carries over the same look and design as the regular sedan. It is important to note, however, that despite it being a hybrid vehicle it is marketed as a Sport Hybrid and as such even comes with the coveted RS variant to add to its appeal. On the inside, it's still the same story as not much has changed for the hatchback version. It still comes with a black-themed interior along with the same dashboard layout as its counterpart. Where they differ is in seating configurations as the hatchback has a flexible layout. Both the front and rear seats have the ability to fold flat creating more space in the interior when needed. 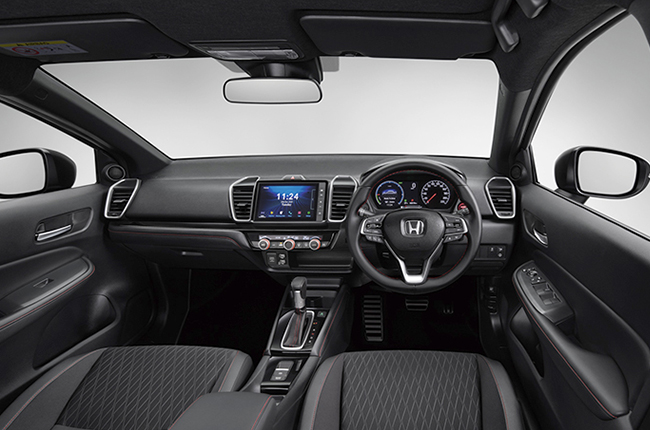 Moving on to the e:HEV variant and it is much like its regular sedan counterpart. It comes with the same 8-inch infotainment system that comes with Apple CarPlay and features Honda Sensing technology as well. Unlike its gasoline counterpart, the hybrid model comes with a new gauge cluster to properly reflect its hybrid roots. There is no tachometer, only a power gauge to help you know what the vehicle is doing when it comes to giving you the power you need when you want it.

Honda Connect is also available with both vehicles. It is a smartphone application that lets you do certain functions such as turn on the engine of the vehicle all from the comfort of your smart device. A handy feature to have especially if you want to enter your vehicle with the air conditioning running. While the e:HEV sedan is the same on the outside as the regular Honda City where they differ is in the powertrain. Under the hood, the subcompact sedan is now carrying a 1.5-liter DOHC i-VTEC Atkinson Cycle engine that produces 109hp and 254 Nm of torque. This is then mated to an e-CVT which sends power to the front wheels. On the other hand, the Honda City hatchback comes with a single powerplant a 1.0-liter turbocharged 3-cylinder gasoline engine that makes 120hp and 173 Nm of torque. Just like its sedan counterpart, it comes with a CVT.