Toyota Motor Corporation has officially unveiled its newest model the Yaris Cross in Japan. The compact crossover brings with it more convenience features along with nimble driving characteristics along with new safety technology. The all-new Toyota Yaris Cross is the Japanese brand’s newest vehicle to adopt the TNGA platform (GA-B). As such it will make full use of the platform in order to maximize its performance in its compact form factor. The all-new vehicle marks the brand’s newest addition to its hybrid crossover lineup as the Toyota RAV4 was the first for the American market, followed up by the Toyota Corolla Cross for the ASEAN region. 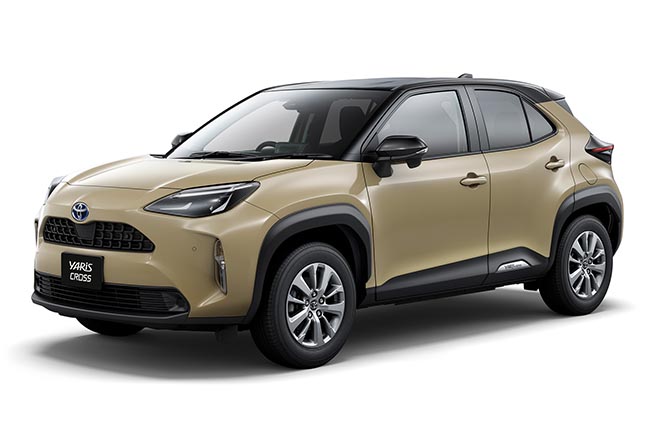 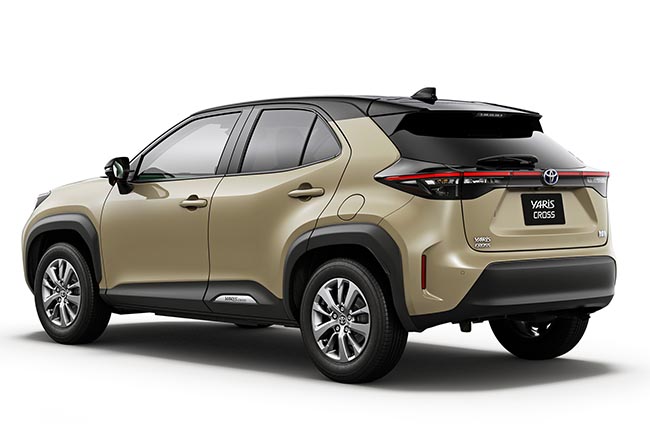 On the outside and much like its bigger brother the Corolla Cross the Yaris comes with a flatter nose with a large grille. On either side of the large front intake are its LED headlights that flank either side. Giving it a futuristic look are its LED daytime running lights that have been positioned vertically and are located on the front bumper cheeks. This is also the location of where the vehicle’s signal lights will be maximizing the space that the front fascia offers.

At the rear, you are greeted with more angles and creases. You get a red LED strip that stretches from either side of the vehicle, which is paired to LED tail light housings as well. Its reflectors are found on the rear bumper cheeks along with a large black accent that mimics the look of a large rear diffuser. For its interior, the Yaris Cross brings with it a youthful modern design along with uncompromised luggage space despite its condensed form factor. While a few parts of the cabin look familiar such as its infotainment system, the design itself is aimed at a younger demographic with clean and simple lines that make the interior functional yet premium at the same time. As mentioned earlier cargo space is a major selling point for the vehicle as Toyota has provided the Yaris cross with class-leading space which equates to about 390-liters with its deck board lowered. The all-new crossover is also the first for the Japanese brand to come with a 40/20/40 rear seat split configuration that further helps it maximize space. In terms of safety, as many modern Toyota vehicles now have, the Yaris Cross comes with Toyota Safety Sense. This gives the vehicle access to features such as a pre-collision system, low-speed acceleration control, emergency steering assist, adaptive cruise control, and adaptive high beam just to name a few. It’s also the first Toyota crossover to come with automated parking assist. The Yaris Cross brings with it an all-wheel-drive variant that Toyota says delivers seamless driving performance for a wide range of urban activities from urban driving to leisure activities. There are two power options available for the vehicle, the first is a naturally aspirated 1.5-liter gasoline engine while the other is the hybrid version of the same engine. The hybrid engine produces 114hp while the gasoline motor produces 120hp. Torque figures are still unknown, however, what is known is that the Yaris cross will come with a 2WD and an AWD variant.

It is still unknown if Toyota Motor Philippines will be bringing in the new model as it has just released the Corolla Cross into the country and plans to release a new model on September 12, 2020, as well.