Hyundai Motor Company has launched its newest purpose-built Electric Vehicle (EV), the Hyundai Ioniq 5. The electrified crossover comes with the brand’s new futuristic, minimalist design language, as well as a choice between two battery packs. The South Korean automaker has also stated that the vehicle has an estimated range of up to 290 miles on a single charge. The Ioniq 5, estimated to go on sale in Europe in mid-2021, also boasts the ability to charge other devices. While it does share in the name of the Hyundai Ioniq, the Ioniq 5 is a completely different vehicle altogether. 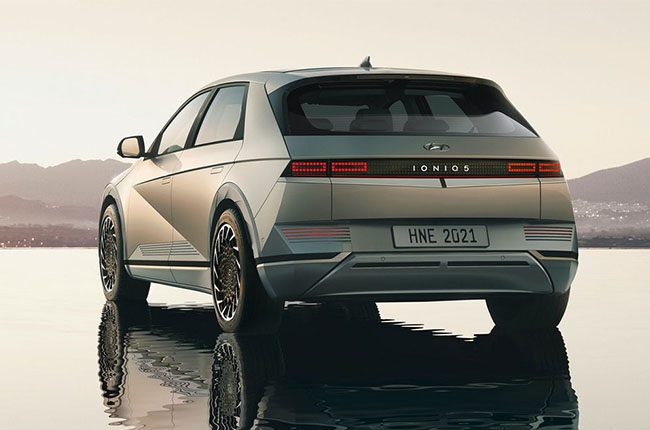 While the design of the Hyundai Ioniq 5 may look new, the EV actually made its first appearance back in 2019 as a concept car. Though the final product did have some adjustments done to it, the production-ready vehicle still retains the same design as its concept form. It still features the same angular body design with its four-square rings LED headlights. The Ioniq 5 has also even retained a similar alloy wheel design to its concept form. 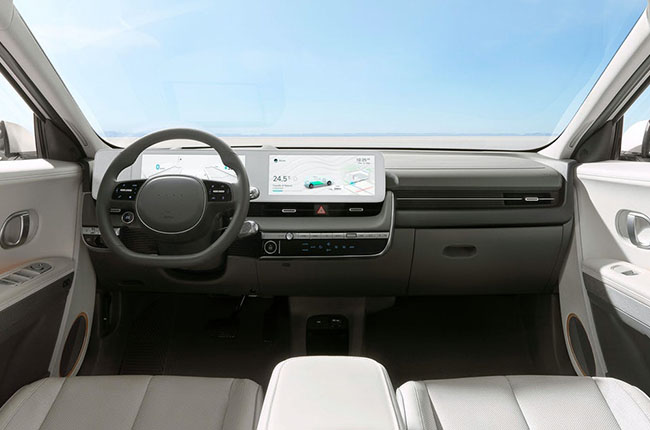 On the inside, the Hyundai Ioniq 5 features a futuristic and minimalist design. To complement the look, the automaker has given the vehicle not one, but two 12-inch infotainment screens that serve as a “gauge cluster” and entertainment screen. The EV also gets integrated vents that seamlessly merge with the vehicle’s minimalist aesthetics. While its simple interior design may look nice, it’s important to note that only a few physical buttons, most of the controls have been relegated to the touchscreen, and may prove tricky to use while driving.

With its new, much flatter battery pack, the Hyundai Ioniq 5 has done away with its center console. This, in turn, allows for more space inside the cabin and enables seats to be moved in such a way that the passenger can exit from either side of the vehicle with ease. Speaking of seats, the EV comes with 30% thinner seats compared to other Hyundai models, giving rear passengers more knee and legroom. The Hyundai Ioniq 5 can be had in two variants, the Standard-Range, and the Long-Range version. These two models both come with rear-mounted electric motors as standard, however, you can pay extra to get the model with a second electric motor at the front. Getting the dual motor variant will also grant the vehicle access to all-wheel-drive.