Nissan vehicles are tougher and more versatile than they look. These vehicles have been used all over the globe in varying environments and under the harshest conditions. From the dunes of Dubai to the muddiest offroad trails, these vehicles have seen it all and done it all.

Case in point – here’s a story about Richard Hoar, an Australian wildlife photographer, and his Nissan Navara pickup truck. This partnership has lasted 23-years and counting, and their story has covered over 520,000 kilometers.

The Start of a Great Partnership Australia is a harsh environment to be in for a pickup truck, let alone a car. Outside of the city, conditions can get tough. Water is hard to find and towns are spread over vast distances so a reliable car is needed to get you from point A to B.

In the case of Hoar, he needed a versatile pickup that wouldn’t breakdown on him in the middle of nowhere. By some twist of fate, he chanced upon a second-hand Nissan Navara in 1996 with 54,000 kilometers on the clock. A risky gamble considering that it was a used unit.

After a quick inspection and test drive, Richard decided to buy the Navara. Since then, the Nissan pickup truck hasn’t failed him. It was put to the test in 2005 when Richard had to move out of Queensland to Western Australia. Instead of flying, the wildlife photographer decided to drive 3,400+ kilometers to his new home. His trusty Navara survived the trip, along with several scenic stops along the way. Since then, the Nissan pickup has been Hoar’s close companion on his various wildlife photography trips, living up to each challenge. 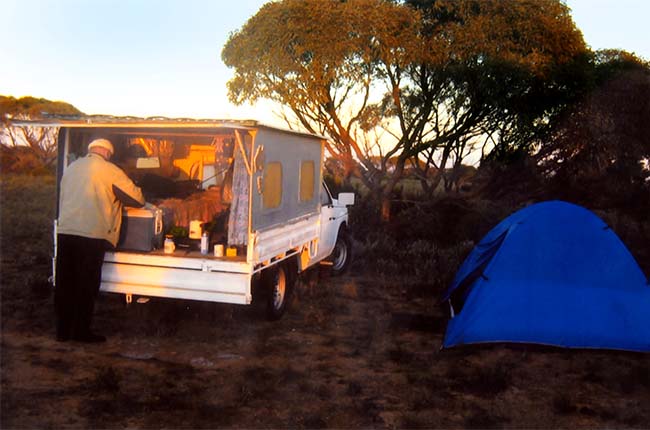 The Navara also serves as a great versatile platform for offroad enthusiasts. Through the years the nameplate has garnered numerous aftermarket part support, especially in Australia. These pickups can be easily modified to have a taller ride height, bigger tires, and more articulate suspensions.

As a 4x4 single cab pickup, Hoar’s Navara was later converted to have a mini camping site at the back of the vehicle. This meant that the pickup had to be modified to come with a camper shell, a bed, an ice chest, and storage for clothes and tools. With these modifications, it has allowed him to travel to remote places in the wilderness. 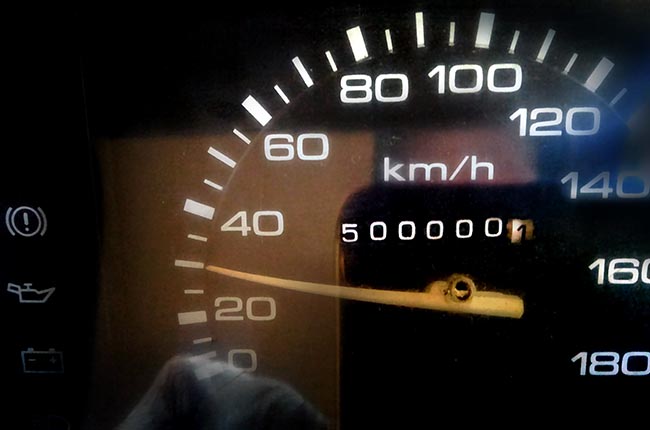 The Australia outback can be especially tough on vehicles. You have the desert heat in the morning and the freezing chill of the night to contend with. A high amount of reliability and durability is needed for any vehicle to survive both extremes. An added risk is that in the vast expanses of the open countryside there are no service stations, rest stops, or fellow drives for miles. These are the worst conditions possible for a vehicle to breakdown.

Even with all these conditions, Hoar’s Nissan Navara has survived it all, not even breaking down on him once. After over 520,000 kilometers, the vehicle is still in perfect running condition. It even still uses many of its original parts that came with the pickup when it was first built.

Hoar’s Nissan Navara has surpassed the global average life expectancy of a car in terms of both mileage and years. Passenger cars today only last on average 12-15 years or 320,000 kilometers, that’s without factoring the rough and tough environment of Australia. This goes to show that Nissan builds its vehicles with reliability and versatility in mind.