The Mitsubishi Mirage G4 has been long in the tooth for a while now. Get this, the current-generation model is nearly 10 years old. While it has received facelifts here and there, including one just last year, it might not be able to compete with some of its newer rivals for much longer.

In fairness to the Mirage, both its hatchback and sedan versions have sold very well in the Philippines. The nameplate has lived on, due in large part to Mitsubishi producing the vehicles locally. It will be tough to let go of what has become an icon in the country.

All good things must come to an end, as they say, but don’t they also say that when one door closes, another one opens? While Mitsubishi has not announced definitive plans to replace the Mirage, we think it’s only a matter of time before that happens. 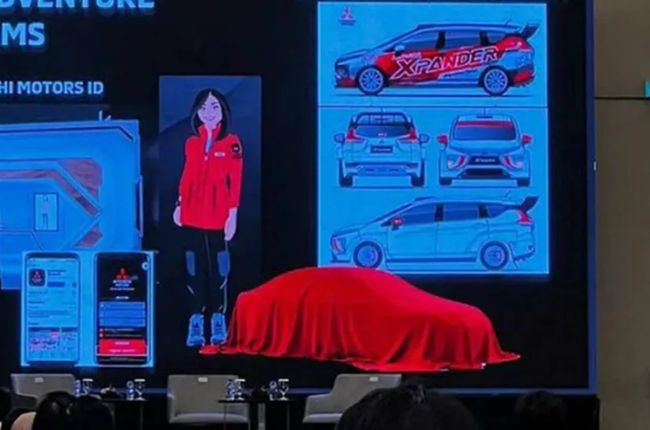 At the 2022 Gaikindo Indonesia International Auto Show, attendees were shown a presentation highlighting the newest models for the Indonesian market. The show also featured a mystery car draped in red. It looks suspiciously like a sedan, and its dimensions appear to match what we’ve come to expect from the Mirage G4.

This isn’t a confirmation of an all-new Mirage by any means, but we think it’s interesting that Mitsubishi is preparing a new sedan for Indonesia and the wider Southeast Asian market. Would it still even be called the Mirage? A new name could do the brand some good, and reviving an old nameplate could work just as well. Mitsubishi is no stranger to appropriating the names of their old models for newer vehicles. Just take a look at the Eclipse and how it transformed from sleek sports coupe to run-of-the-mill crossover. Could Mitsubishi revive the Lancer or Lancer Evolution name for this new sedan? We can only dream.

All things considered, what we’d like to see from a new subcompact sedan from Mitsubishi include a more powerful turbocharged 1.5-liter engine, inspired design work inside and out, and a host of features suitable for the modern era. Let’s hope the storied Japanese automaker answers our prayers soon.