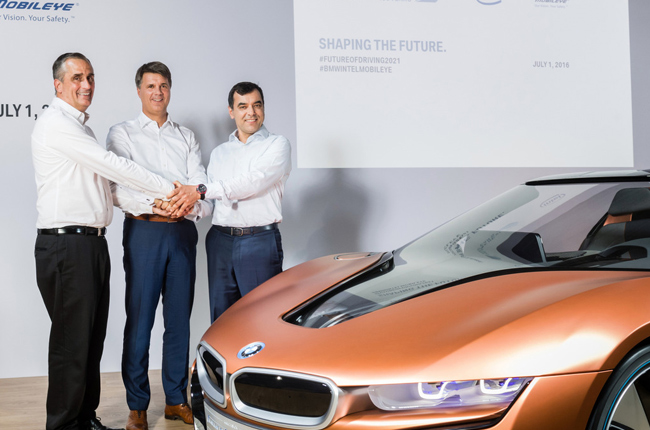 The future of automated driving is one of the things that could change the way we live. That is why various automotive manufacturers are in a race to develop their respective self-driving cars. With that, BMW has announced a collaboration with Intel and Mobileye to develop fully autonomous vehicles.

Under the said partnership, BMW plans to integrate fully automated driving into its series production by 2021. The German automaker said that the ‘iNEXT’ model would be the foundation for BMW Group’s autonomous driving strategy.

BMW, Intel, and Mobileye believe that automated driving technologies will “make travel safer and easier.” As such, the goal of the 3 companies is to develop “future-proofed solutions” that allow drivers to “not only take their hands off the steering wheel, but reach the so called ‘eyes off’ and ‘mind off’ level,” allowing the driver to work or even relax while the vehicle is in motion. Moreover, BMW, Intel, and Mobileye intend to develop a technology that will allow cars to travel without the presence of an actual human driver. The companies will begin testing its autonomous driving technology in a “highly automated driving” prototype. They have also agreed to strive for an industry standard and define an open platform for autonomous driving. BMW added that the technology will be made available to multiple car vendors and other industries who could benefit from autonomous machines and deep machine learning.

For more information about BMW and its vehicles, visit the AutoDeal Car Guide.